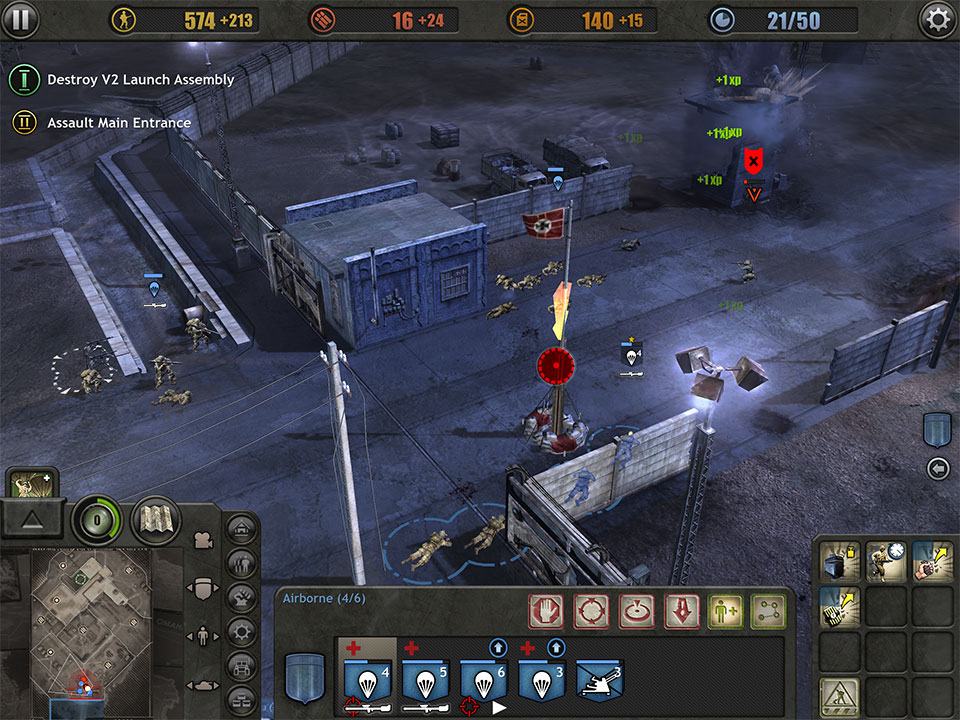 Feral Interactive announced today that it will be releasing a mobile version of Sega and Relic’s real-time strategy classic, “Company of Heroes”, on Thursday, September 10.

Feral back in April confirmed it was working on an iPhone edition of the game.

Here are some key highlights from the iPad version:

The Windows version was developed by Relic Entertainment.

The premium game will let you direct spectacular squad-based World War II campaigns in exchange for a single purchase of $14 a pop. This buys you the whole game without subsequent in-app purchases, subscriptions, advertising and other monetization tricks.

“Company of Heroes” for iPad arrived in February of this year. With that in mind, the iPhone edition should be offered to those who already have the iPad version at no additional charge.

If Feral’s past releases are an indication, then “Company of Heroes” will simply be updated on September 10 to become a universal download covering the iPhone and iPad devices with one single download.

Indeed, this is confirmed in the video description, with Feral inviting fans of real-time strategy games to “buy the iPad version now from the App Store and download on iPhone for free when it releases.”

To learn more about “Company of Heroes”, visit the official mini-site.