In spite of COVID-19 and the coronavirus pandemic, Spotify has increased its subscriber base during the second quarter of 2020 ended June 30 by gaining an additional eight million customers who pay for its Premium service and now has138 million paying customers.

Spotify today reported quarterly earnings. “Our business performed well in the second quarter and continues to operate at a high level despite the continuing uncertainty surrounding the COVID-19 pandemic,” the Swedish company wrote in its letter to shareholders.

Ad revenue dropped 21 recent and operating costs went up 48 percent due to licensing deals like the pricey $100 million agreement for The Joe Rogan Experience as a Spotify exclusive. 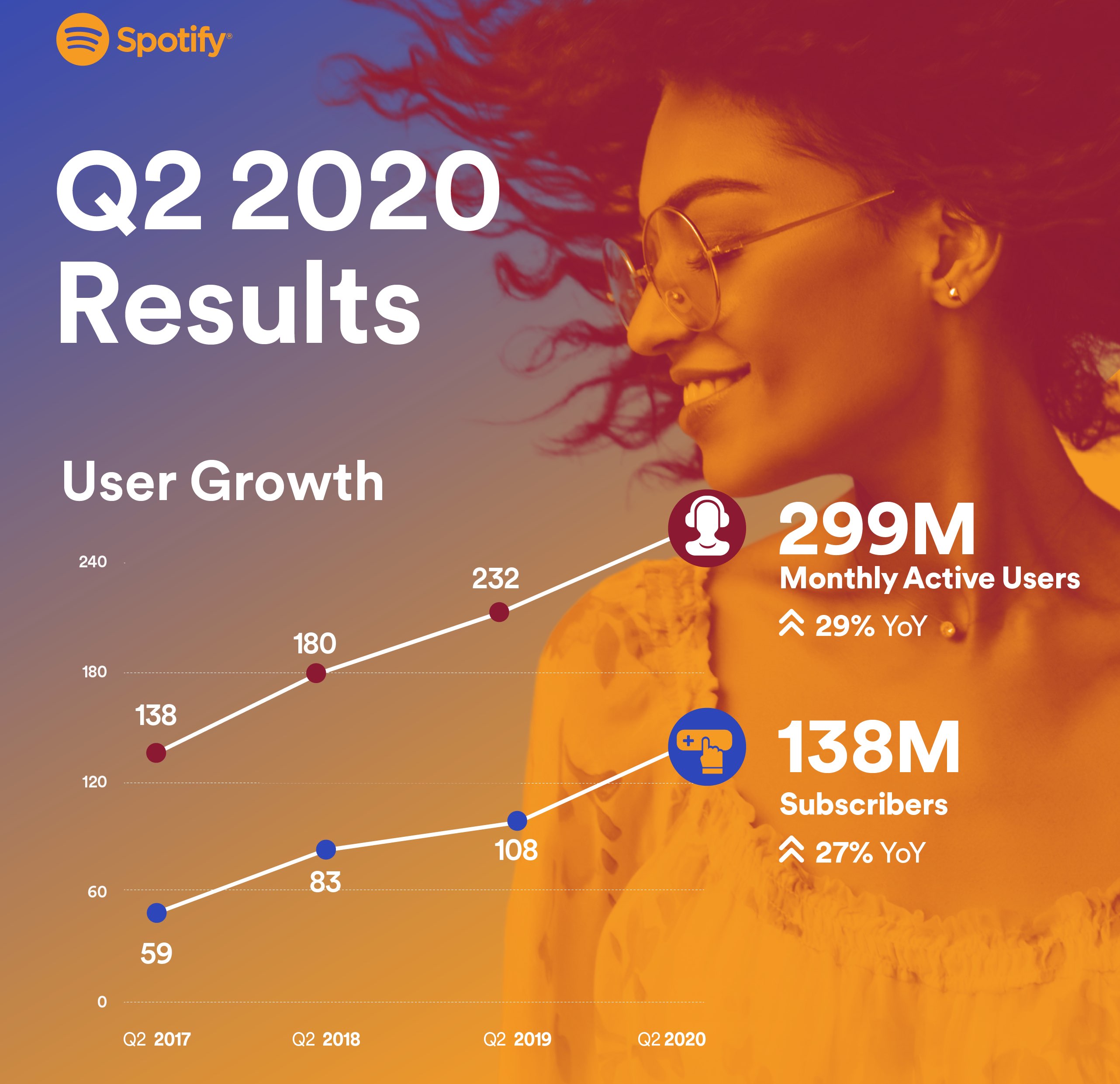 By comparison, Spotify reported 130 million paying customers in the March quarter. Total revenue for the quarter went up 13 percent to $2.2 billion while quarterly losses increased significantly from this time last year to $422 million, however.

TUTORIAL: How to set up and Play Spotify on Alexa

The company noted that “global consumption hours have recovered to pre-COVID levels” as all regions worldwide, including North America and Europe, have “fully recovered”.

Unfortunately, we can’t directly compare Spotify’s user base to that of Apple Music because Apple hasn’t reported any hard numbers beyond the 60 million paid subscribers in June 2019.

Unlike Spofity, Apple Music does not operate an ad-supported free listening tier.