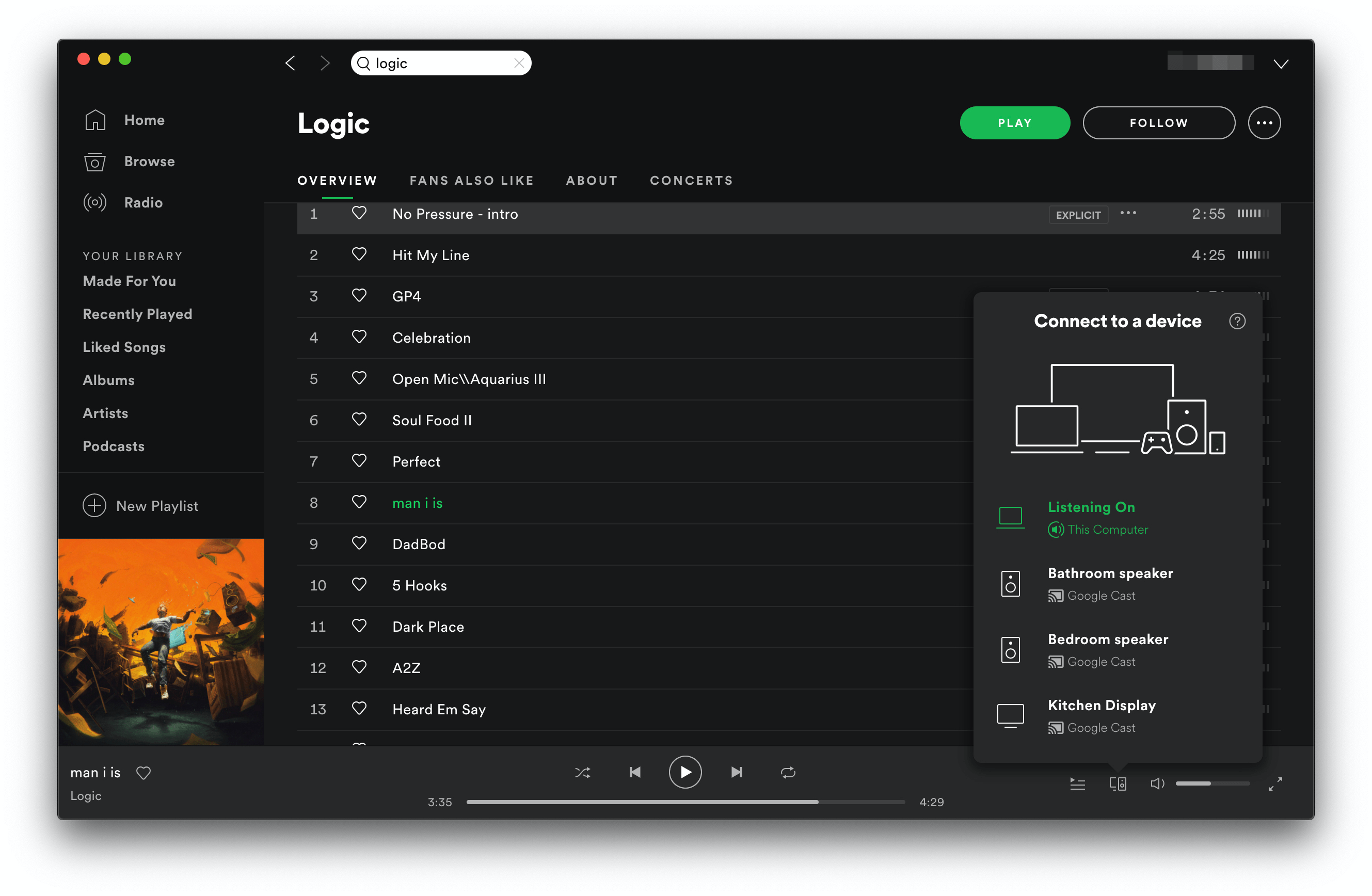 Spotify for Mac has gained the ability to stream music to Google’s Chromecast devices.

If you own a Chromecast streamer and media player from Google, you can beam music from Spotify wirelessly to your TV or home Wi-Fi via a Chromecast accessory by clicking the Devices Available button in the top-right corner, then select a Chromecast device. As noted by The Verge, the menu now includes Google Cast as well as Spotify Connect-enabled speakers.

Previously these apps have been able to control pre-existing Chromecast streams, but they couldn’t start them directly. Instead, you had to start a Chromecast stream on iOS or Android, before it could be controlled through the desktop app using Spotify Connect.

According to Spotify’s forums, via 9to5Google, this functionality requires version 1.1.38 of Spotify for Mac and Windows.

Are you grateful that you can finally start your Cast streams straight from Spotify’s desktop app without resorting to any workarounds whatsoever?