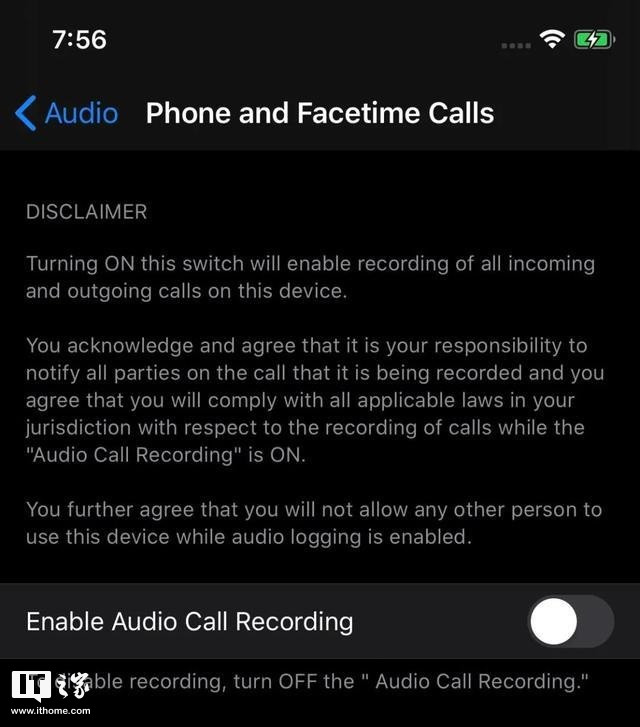 Later this month, Apple is going to unveil iOS 14 (along with other major updates to its popular platforms), but the rumor mill won’t stop leaking potentially important new features coming to the mobile operating system before then.

This latest rumor is a bit sketchier than some of the others we’ve heard in the past. It comes from a screenshot reportedly captured by IT Home (via Cult of Mac), based on a leaked version of iOS 14. We’ve previously reported that there has been an early version of iOS 14 making the rounds for months now, so maybe this is a feature that Apple was considering at one point. However, it’s also worth keeping that salt shaker handy just in case.

Now, as you’ve probably already noticed, “Facetime” is not the correct use of capitalization for Apple’s voice and video calling feature. This is an early version of iOS 14, though, so it’s at least a little possible that this doesn’t necessarily make this leak impossible right out of the gate. Still, the fact that FaceTime isn’t correct feels like a red flag at the very least.

If this is the real deal, then it will be interesting to see how Apple works around certain restrictions all across the globe. In the screenshot, the software informs the user that they “acknowledge and agree that it is your responsibility to notify all parties on the call that it is being recorded and you agree that you will comply with all applicable laws in your jurisdiction with respect to the recording of calls while the ‘Audio Call Recording’ is ON”.

Even the description of how the built-in feature works doesn’t sound real.

Regulations and laws regarding call recording differ all over the globe. Many areas in the United States, along with many other countries, require letting everyone know involved in a call that it is being recorded. Meanwhile, in India and Australia call recording is banned altogether. So it would be a bit strange to see Apple even remotely considering this new feature.

Basically, this does not feel like a feature that Apple would bake into iOS 14.

Either way, we’ll know soon enough. Apple is set to kick off this year’s Worldwide Developers Conference, which will be an all-digital event, on Monday, June 22.

What do you think? Are we going to see Apple build a call recording feature into iOS 14? Let us know in the comments.