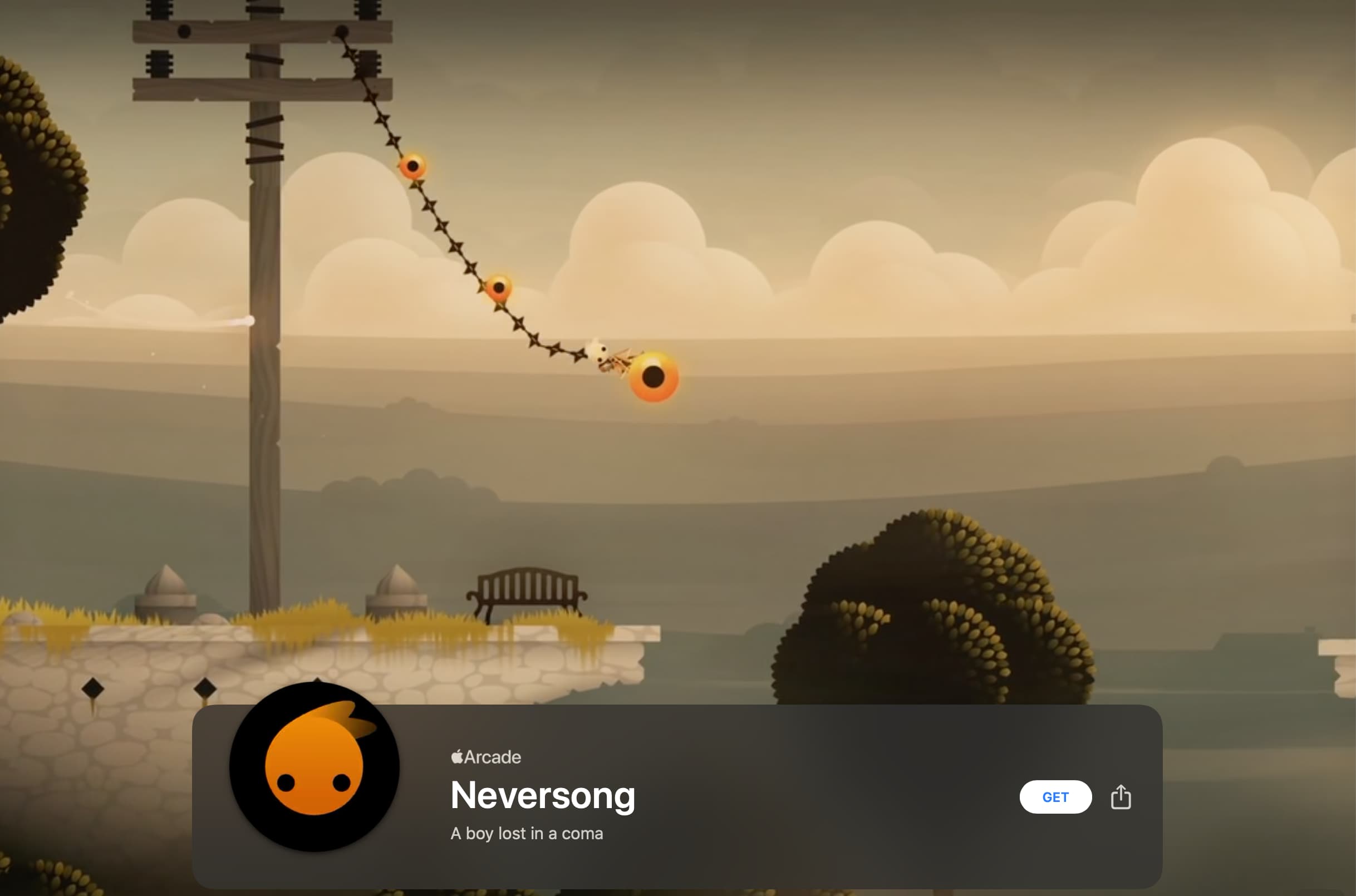 Since the launch of Apple Arcade, Apple has managed to stay pretty consistent with new releases, and this week is no different.

The newest entry to Apple Arcade is a title called Neversong, developed by Serenity Forge. It’s a single-player adventure title that supports wireless controllers, and is made for ages 9 and older. The game is described as a “dreamlike fable”, and it will see players taking control of a character named Peet as he explores the nearby Neverwood.

There are six “moody, illustrative” levels to explore, including Blackfort Asylum and Red Wind Field. There are zombies, other monsters, and bosses to defeat as Peet explores these areas. The soundtrack is catching and “piano-centric”, and you’ll even discover the truth about Peet’s recent coma.

Neversong measures in at just over 1GB in size, and it works on iPhone, iPad, iPod touch, and macOS.