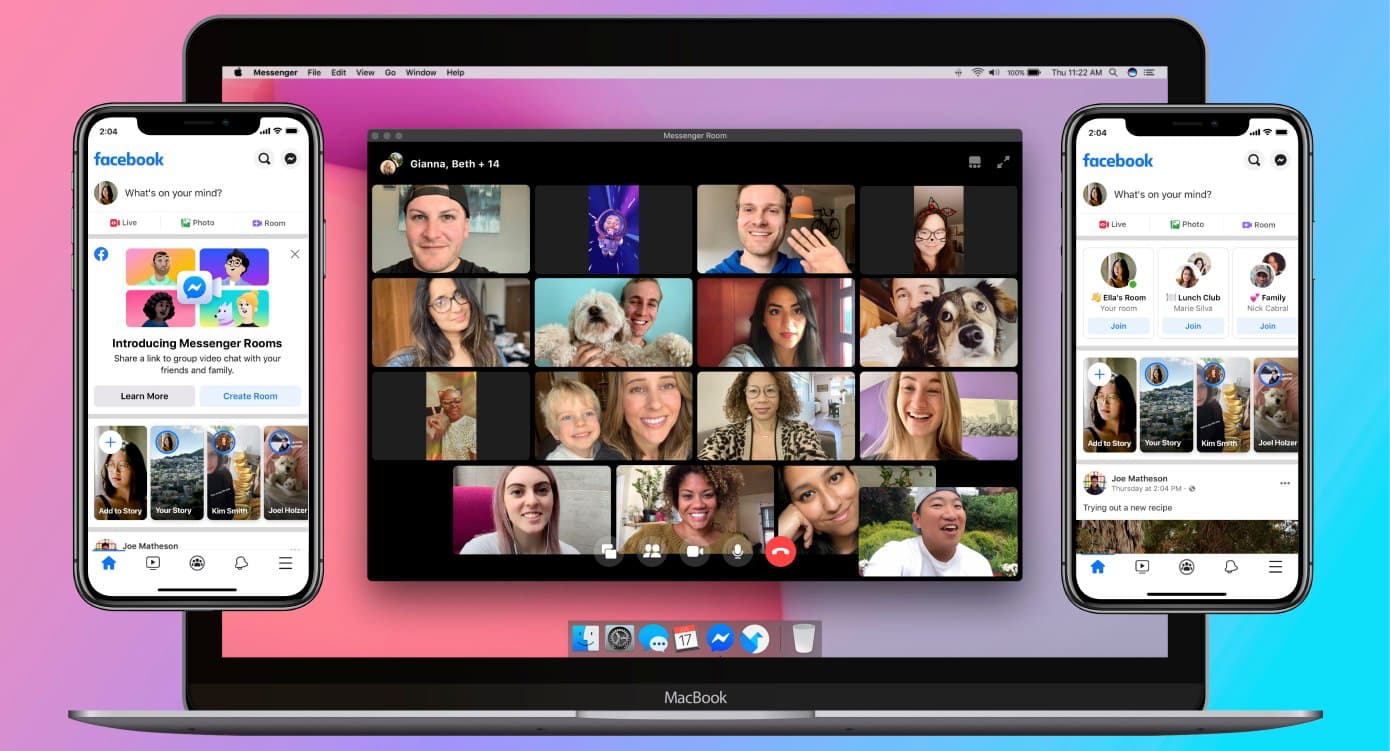 If you were hoping Facebook would jump on the whole-from-home bandwagon and launch a Zoom alternative, your wish has been granted.

TechCrunch has the report today, detailing Facebook’s newest app: Messenger Rooms. It does exactly what you would expect with a name like that, bringing in video chat rooms for a group of people to enjoy. It’s an alternative not only to Group FaceTime, but also Zoom, Houseparty, and a variety of other video calling/conferencing apps available today.

The new app is available not only for mobile devices, but it also offers a desktop option as well. Users will be able to invite specific individuals as they see fit, but it also sounds like users will see Messenger Rooms at the top of their News Feed as well. Facebook will also send out automatic notifications to a user’s “closest pals” as well.

Launching today on mobile and desktop in English speaking countries, you can start a video chat Room that friends can discover via a new section above the News Feed or notifications Facebook will automatically send to your closest pals. You can also just invite specific friends, or share a link anyone can use to join your Room.

At launch, Facebook’s Messenger Rooms will host up to eight people on a single call. However, according to the report that will be ramped up to 50 people on a single call “within weeks”. That should make it more of an alternative to things like Zoom, a service that has become a key tool for a lot of folks working from home.

What’s more, Messenger Rooms will also be interoperable between Facebook’s other services, WhatsApp and Instagram. Users will be able to join a video call with those services as well in the near future.

The service is going live today, so keep an eye out for a notification to join one while using the iOS app or visiting the website on your desktop.