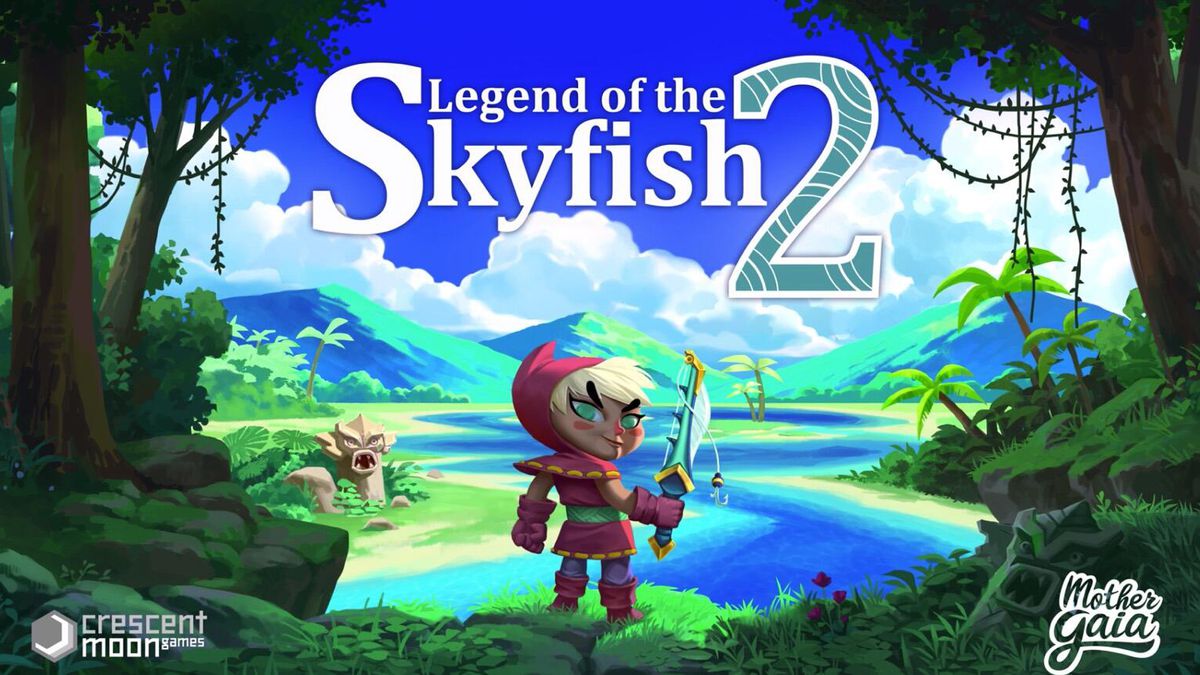 If you have been anticipating a new game for Apple Arcade, the wait is over, and you now have a new adventure title to dive into.

The newest entry to Apple Arcade’s growing roster of games is Legend of the Skyfish 2, what’s described as a “sword & hook adventure”. It’s a title designed for players age nine and older, and it’s developed by Crescent Moon Games. It’s a single-player adventure, however, so don’t expect to sit down with the family and play this one together.

Legend of the Skyfish 2 features a unique and exciting grappling hook mechanic, which will let the player move from one area to the next. The game itself is designed around hand-painted 2.5D worlds, completing a variety of tasks along the way. There are three weapons to choose from: a hammer, scythe, and a sword, which is built around an intricate combat system. And if you want to defeat some foes from a distance, there are different lure types to handle that.

You can check out the trailer for the new game just below:

The title supports a wireless controller, and also supports iCloud. There are Game Center achievements to collect, epic boss fights, and the ability to craft your own armor and weapons.

Legend of the Skyfish 2 is available now for Apple Arcade subscribers.