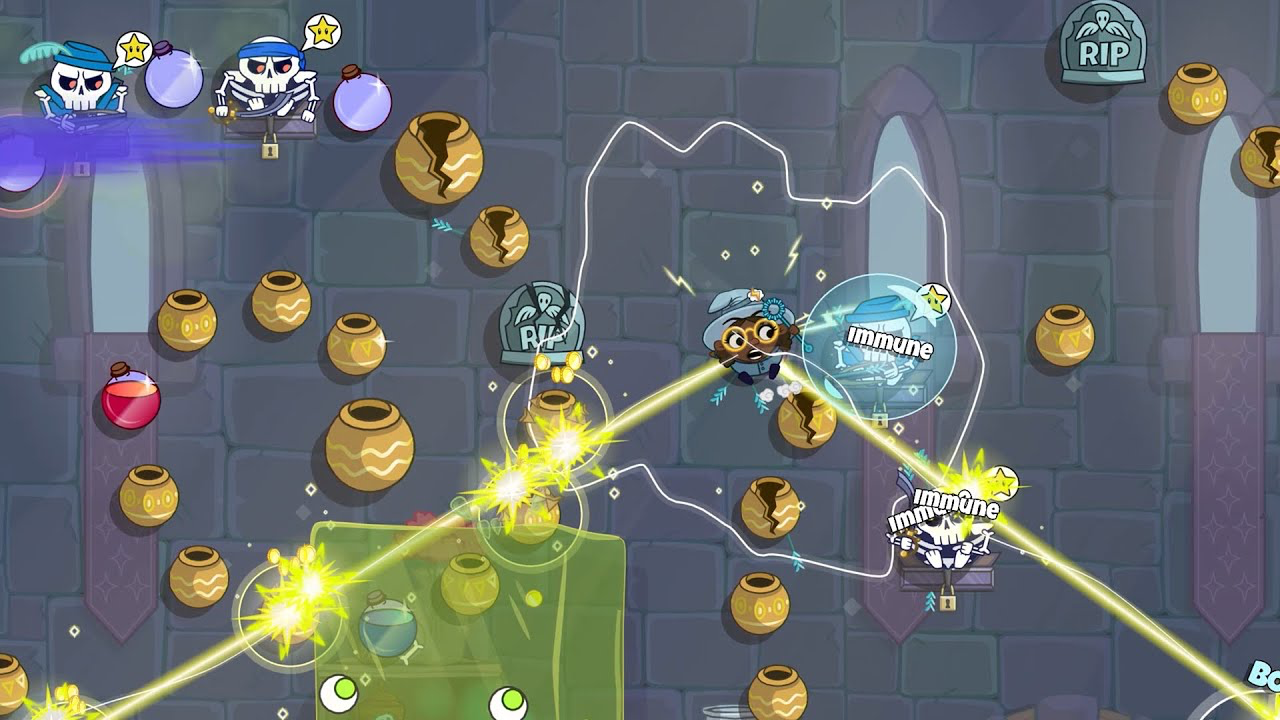 If you’re an Apple Arcade subscriber and have been waiting for the latest game drop, the wait is finally over as Roundguard joins the service.

The new title is described as a “bouncy dungeon crawler”, which features randomized dungeons to explore, plenty of loot to collect, and “pinball physics”. Developer Wonderbelly Games says if you like roguelikes, as well as titles like Peggle, then Roundguard will probably be right up your alley. It’s available starting today for the iPhone, iPad, and Apple TV.

Roundguard is a bouncy dungeon crawler with pinball physics, lots of loot, and a randomized castle full of oddballs. Press your luck against hordes of dangerously cute monsters and challenging roguelike elements in this all-round bouncy adventure!

Each level is procedurally generated every time you play, which means you shouldn’t run into the same experience twice. That will help with longevity, especially since it’s a roguelike and you’ll probably be dying within those dungeons often enough.

There are over 100 items and trinkets to collect as you play the game, so it should keep you going for awhile. There are also leaderboards, so you’ll be able to show off your high scores to other people.

Here’s a trailer for the game:

Apple Arcade has the exclusive as far as mobile gaming goes, but Roundguard is also launching on Steam, Xbox One, the PlayStation 4, and on the Switch as well.

Based on the description and gameplay, do you think you’ll be trying out Roundguard?