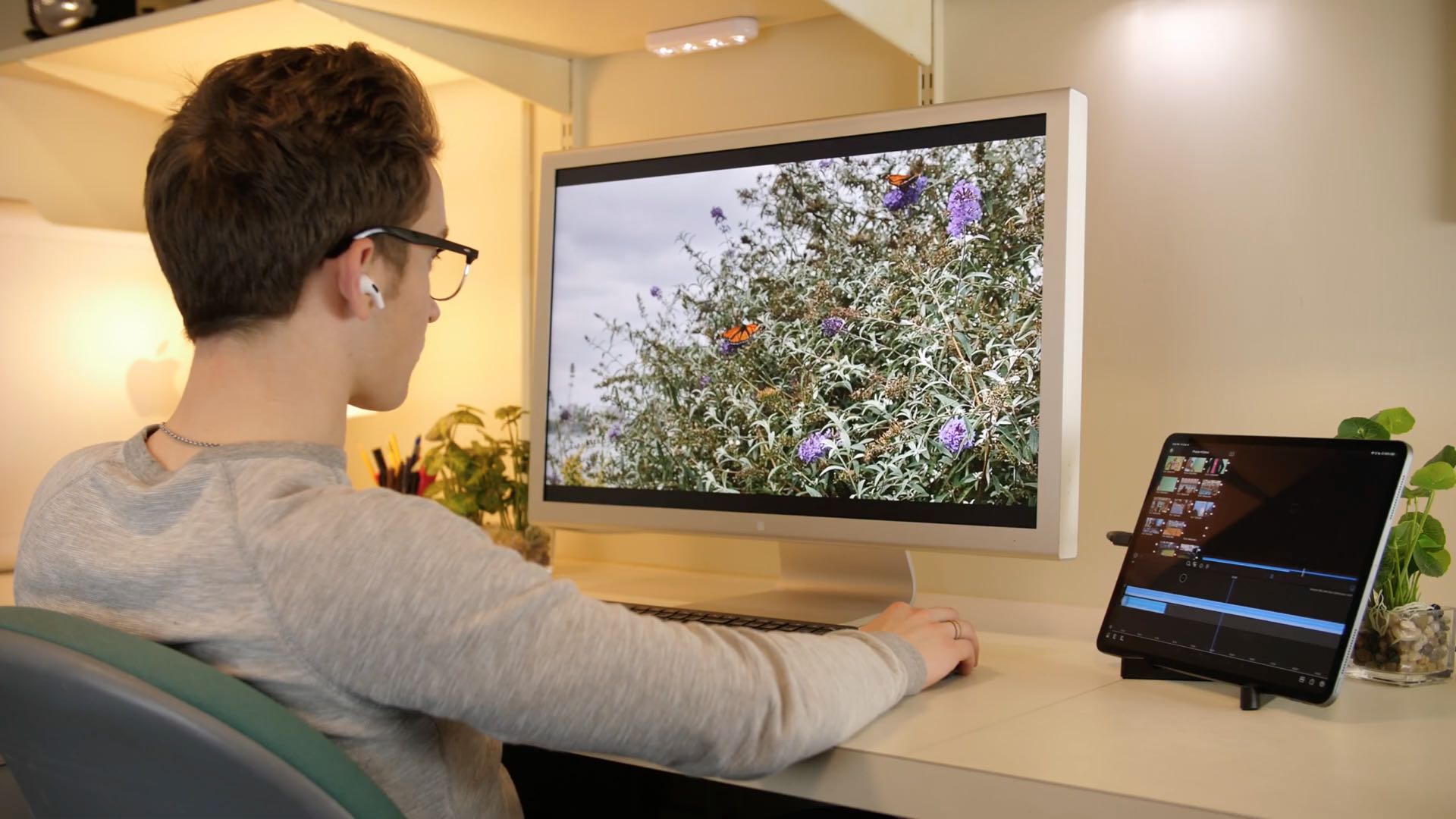 There are two ways to use your iPad either as a standalone second display for your Mac or with a standalone monitor to output your favorite apps to a bigger display.

Having tested both ways of using an iPad as a desktop workstation, our resident video editor Harris Craycraft has put together a little hands-on video walkthrough. Do give it a quick look right now or save the video for later if you’d like to watch it on your own time.

To connect your iPad to an external display, you’ll need a standalone monitor with a USB-C connector and a third-generation or later iPad Pro (which uses USB-C instead of Lightning). Depending on your setup, you may need a video adapter as well.

Connect the two devices with a USB-C cable in order to mirror the iPad display on the external monitor in the 4:3 aspect ratio. Though not ideal, this lets you watch or edit video, manage your photos and more — all on a far bigger canvas while charging your iPad at the same time.

ROUNDUP: Everything you can do with your iPad Pro’s USB-C port

The other way of using your iPad as a computer of sorts entails using the new Sidecar feature that’s available with macOS Catalina 10.15.0 or later and iPadOS 13.0 or later.

If both the iPad and your Mac are on the same Wi-Fi network, have Bluetooth turned on and are near each other, click the AirPlay icon in the macOS menu bar and choose your iPad to use its screen in extended or mirrored mode as the Mac’s secondary display.

And thanks to other features in iOS 13 and macOS Catalina 10.5, such as Continuity Markup and Continuity Sketch, you can even use your finger or Apple Pencil to annotate Mac images/PDFs or create a sketch on your iPad and insert it into a document on your Mac.

Have you used Sidecar yet and if so, what were your first impressions? And while we’re at it, is there anybody out there using their iPad as a workstation connected to an external display?

Do chime in with your thoughts in the commenting section down below!