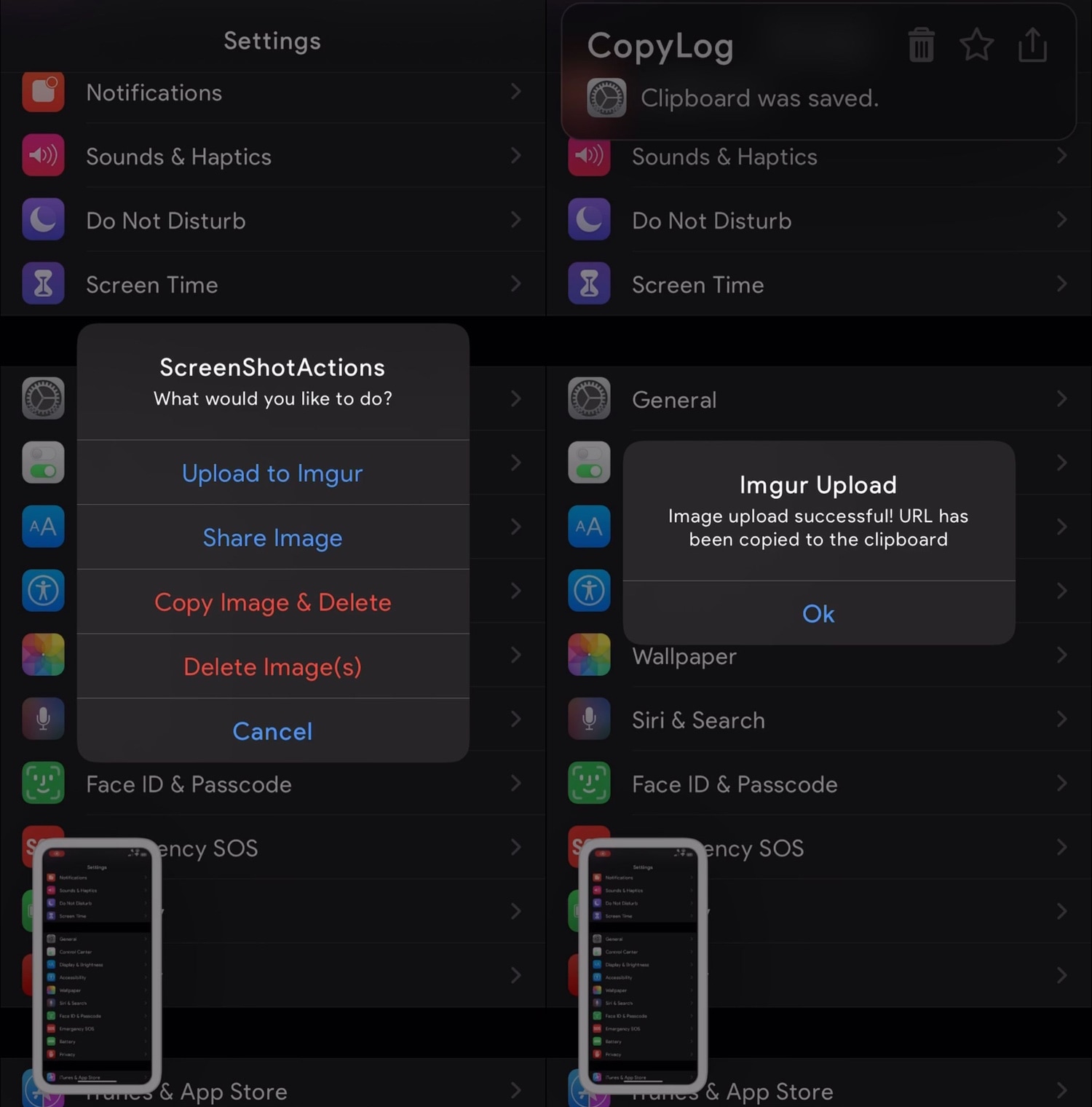 I take so many screenshots on my iPhone day in and day out that I nearly take having the ability to capture my display as an image file for granted. Many others are in the boat I am, but whether you take many screenshots or not, one thing we may all be able to agree on is that Apple could make the screenshot interface a lot more intuitive.

Enter ScreenshotActions, a newly released and free jailbreak tweak by iOS developer P2KDev that makes it a whole lot easier for users to share and interact with screenshots after snapping them.

All screenshots are saved to your Camera Roll after taking them, and you can always visit the Photos app when you’re ready to share or interact with your screenshots. Then again, doing so necessitates a lot more steps than it needs to, and that’s where ScreenshotActions comes into play.

As depicted in the screenshot examples above, ScreenshotActions brings some of the most useful sharing and interaction shortcuts directly to the part of iOS where the screenshot preview appears in the bottom-left corner after snapping.

Once installed, users will be able to tap and hold on the screenshot preview and bring up a menu that allows for the following options:

Whether you intend to paste the image itself into a chat box or note somewhere in iOS or send someone an Imgur link where image-pasting isn’t supported, this tweak makes it incredibly easy to share and interact with screenshots without ever leaving the interface you’re already in.

The developer plans to add more features to ScreenshotActions in a future update, but there aren’t any clues as of yet as to what those could be.

ScreenshotActions doesn’t come with any options to configure, so what you see is ultimately what you get. Those interested in trying ScreenshotActions can download it for free from the Packix repository via their preferred package manager, and the tweak supports all jailbroken iOS 13 devices.

Will you be installing ScreenshotActions? Let us know why or why not in the comments section below.