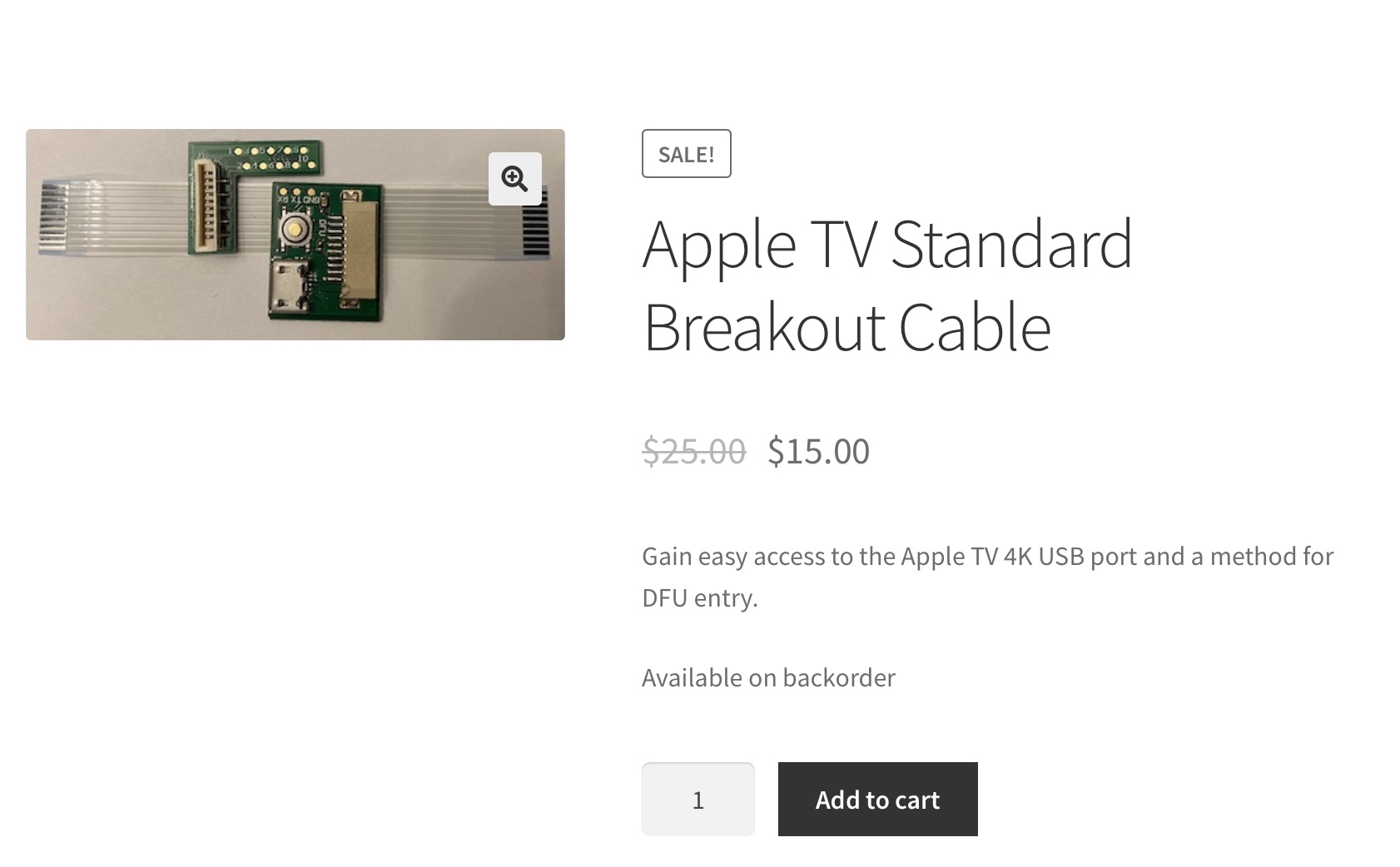 One of the most substantial things to happen in the jailbreak community in the past decade was the release of @axi0mX’s hardware-based checkm8 bootrom exploit. This exploit can’t be patched by Apple in a software update, and it essentially guarantees the jailbreakability of several of Apple’s devices using the A5-A11 SoC for life.

While checkm8 is already being used in the checkra1n jailbreak for handsets ranging from the iPhone 5s to the iPhone X, it’s also true that the same exploit can be used to jailbreak compatible Apple TV units. The newest Apple TV, on the other hand, purportedly sports a hidden Lightning port that would necessitate a special adapter to utilize for such an exploit.

While it originally seemed far-fetched that someone would develop a third-party solution for pwning the Apple TV 4K, it now seems that there could be a light at the end of the tunnel. Gizmite Solutions now sells what is being called an ‘Apple TV Breakout Cable,’ which with some decent soldering skills, can purportedly permit DFU entry on the newest Apple TV.

Retailing for $15 on the Gizmite Solutions website, and already on back-order, the Apple TV Breakout Cable “is everything you need for easy access to the Apple TV 4K’s internal USB port and a button to enter DFU.” A step-by-step guide for installing the Breakout Cable is also available on a separate Gizmite Solutions page, and from what we can tell, this project necessitates a lot of soldering that’s certain to void your factory warranty from Apple.

Obviously, this isn’t something we’d recommend to the average jailbreaker, and I personally wouldn’t want to run the risk of messing up my own hardware with my shaky hands, but those experienced in soldering just might consider giving this a try to enter DFU mode and jailbreak Apple’s newest Apple TV unit with checkra1n.

The checkra1n jailbreak tool recently added preliminary Apple TV 4K support in one of its latest updates with the expectation that a special cable would be released in the future.

Are you excited to see developments like this one by Gizmite Solutions now that the checkra1n jailbreak is a thing? Discuss in the comments.