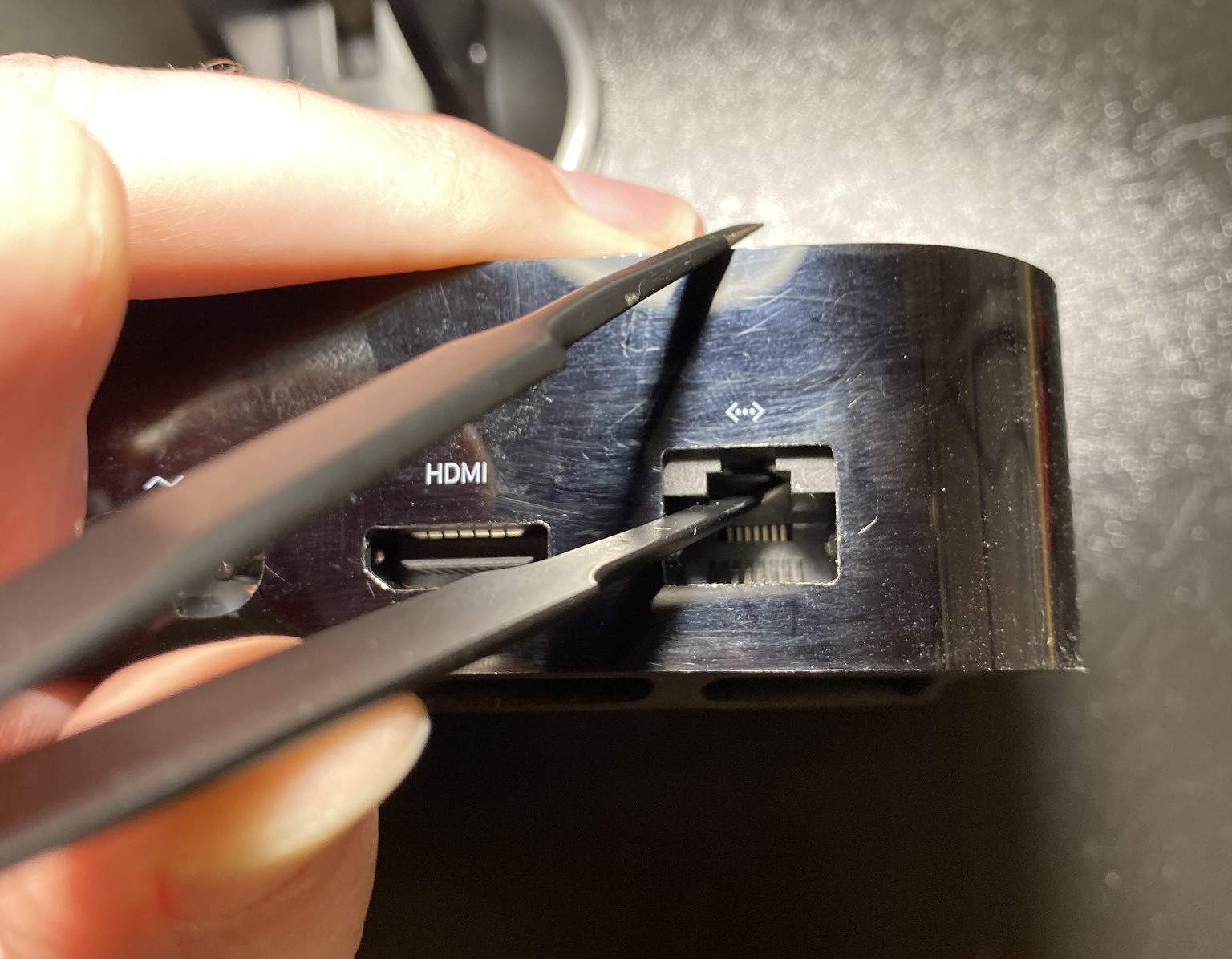 A special Lightning connector for debugging has been found embedded inside the Ethernet port of the latest Apple TV 4K model, according to reports this past weekend.

The discovery was made by Kevin Bradley.

“None of us looked THAT closely to the hardware of AppleTV 4K and the magic locked in the Ethernet port until fairly recently,” he wrote on Twitter.

To be sure, the hidden connector located at the back of the Ethernet port is seven contacts that can be fanned out, not a straight Lightning port, with the solder joints corresponding to the Lightning protocol. The port is clearly there for debugging purposes, Irish developer Steven Troughton-Smith speculated. It lacks V-bus to supply charge to, say, your Siri Remote.

It could theoretically be used for jailbreaking by allowing access to the device’s firmware, which in turn might lead to a jailbreak, people have speculated.

Other Apple devices have hidden ports for debugging. Apple Watch, for instance, was found to feature a hidden port of its own in form of a Lightning connector for data and charging.

Prior Apple TVs have had micro-USB or USB ports for diagnostics and restoring the firmware.

The previous Apple TV HD model featured a USB-C port for those purposes, but that has changed with the latest Apple TV 4K which dropped external USB ports in favor of wireless diagnostics, with the hidden Lightning connector acting as a failsafe feature in case Wi-Fi fails.

What say you, could the hidden port lead to jailbreak capabilities for the Apple TV 4K?