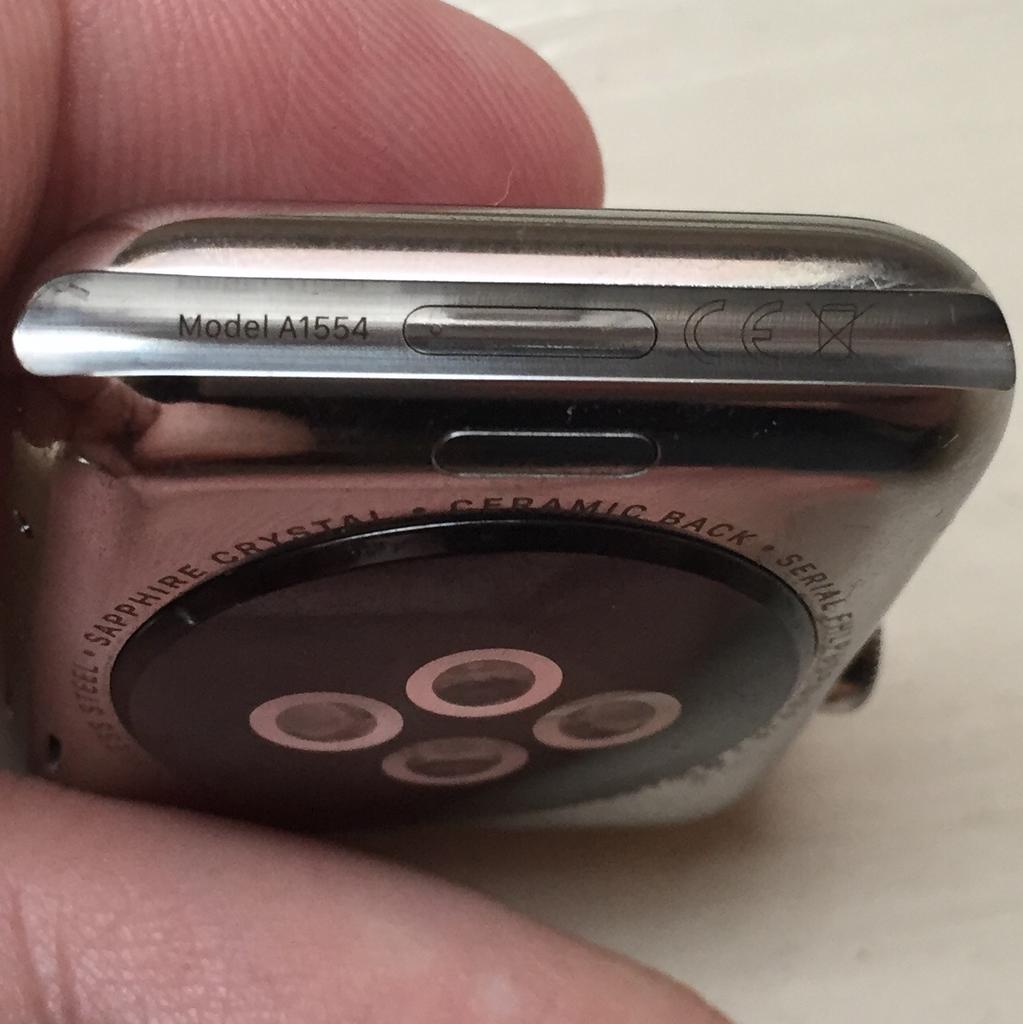 Contrary to some reports, shipping Apple Watch units do feature a hidden diagnostic port inside the groove of the bottom strap connector slot. It looks a lot like Lightning I/O, bit it’s not Lightning.

Featuring a six-dot brass contact, it’s believed to be aimed at service technicians for diagnostics purposes, while potentially providing direct access to the Watch OS and demo software installation on demo units in Apple Stores.

This tutorial explains how you can access the 6-pin port using just a sewing needle. Before we get to it, keep in mind that doing so could impact the water resistance of your Apple Watch and might void your warranty.

Step 1: Remove the strap on the button side of the Apple Watch case.

Step 2: Place the sewing needle in the port hole.

Step 3: Don’t press the needle to access that door like you would to open the SIM card tray on an iPhone. Instead, simply apply downward pressure while “pole-vaulting” the needle to the side in order to pop the cover off the port.

Don’t worry, the cover slides right back on just as easily.

Again, doing this is likely to void your warranty and potentially impact the water resistance of your Apple Watch so proceed with extreme caution.

It’s interesting that Even Apple Geniuses currently can’t do a tethered restore of bricked Apple Watch units, according to some posters, though I have no doubt in my mind they’ll be equipped with a 6-pin-to-Lightning adapter of some sort sooner than later.

Some folks thought the diagnostic port would be an important pre-requisite for the official ‘Made for Apple Watch’ program for third-party bands, but that’s not the case.

Others have speculated that Apple might take advantage of this port to release future sensor-laden bands with a built-in battery — and even an upgraded processor. Doing so would theoretically let early adopters upgrade their Apple Watch to a next-generation device, at an affordable price.