The checkra1n team is out with a brand-new update for the macOS-centric checkra1n jailbreak tool Saturday morning with official support for Apple’s newly-released iOS 13.3 and several bug fixes and improvements. 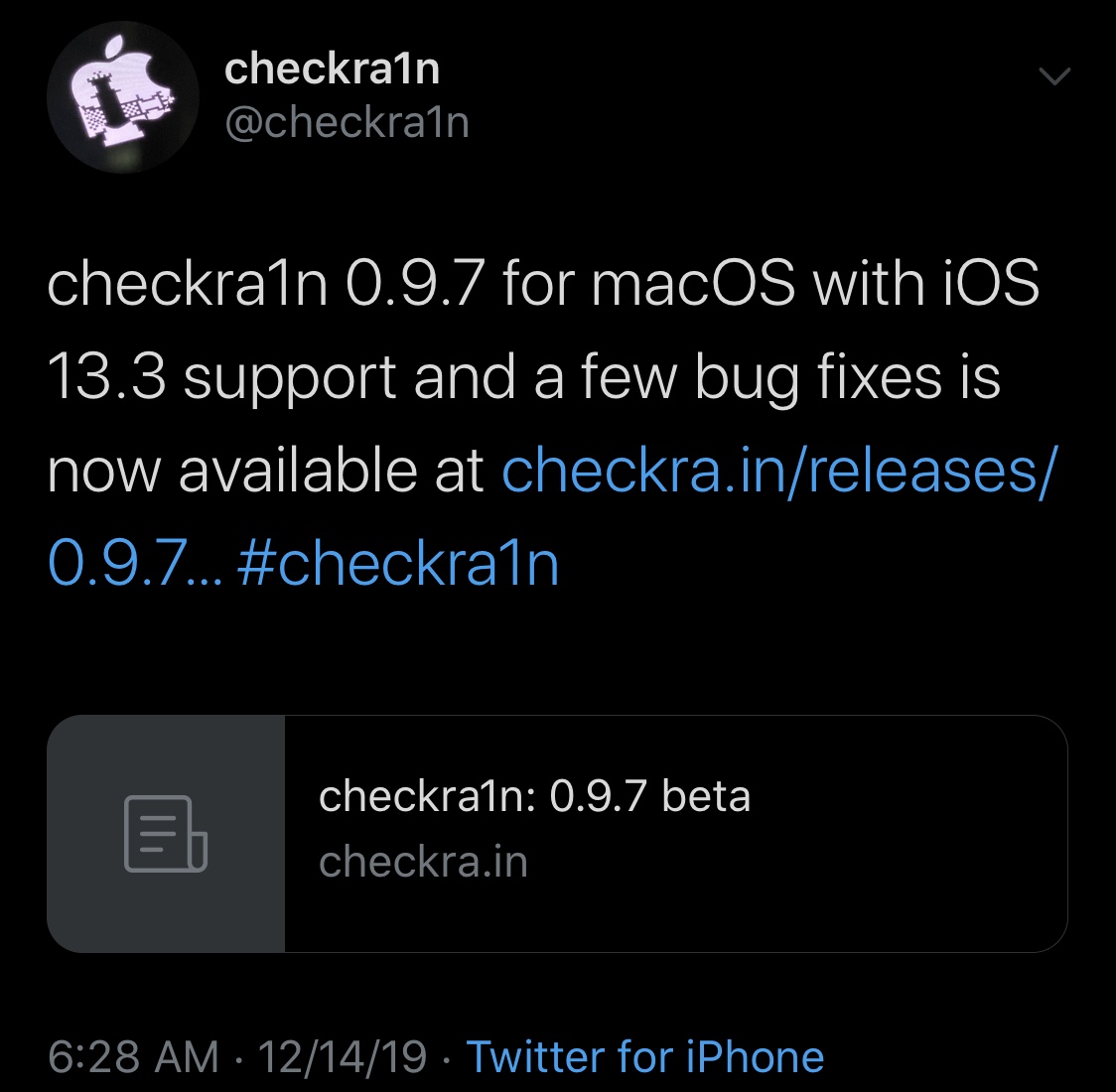 The full change log for this updated checkra1n release is as follows:

– Remove libimobiledevice as a dependency

– Add a Control Center shortcut for the tvOS loader app

If you are experiencing the -20, please rejailbreak with the no-substrate mode option checked in the app, and see if removing tweaks resolves your issue.

– The Apple TV 4K will produce a -20 error, even on a successful jailbreak

If you’re already jailbroken with a previous version of checkra1n, then you can merely reboot your handset to exit the jailbroken state and re-jailbreak with the updated tool to take advantage of the latest changes.

Also, for those interested in learning why it’s a good idea to wait for official tool updates instead of using hex editors to make checkra1n support newer firmware, Luca Todesco answered a question about that this morning: 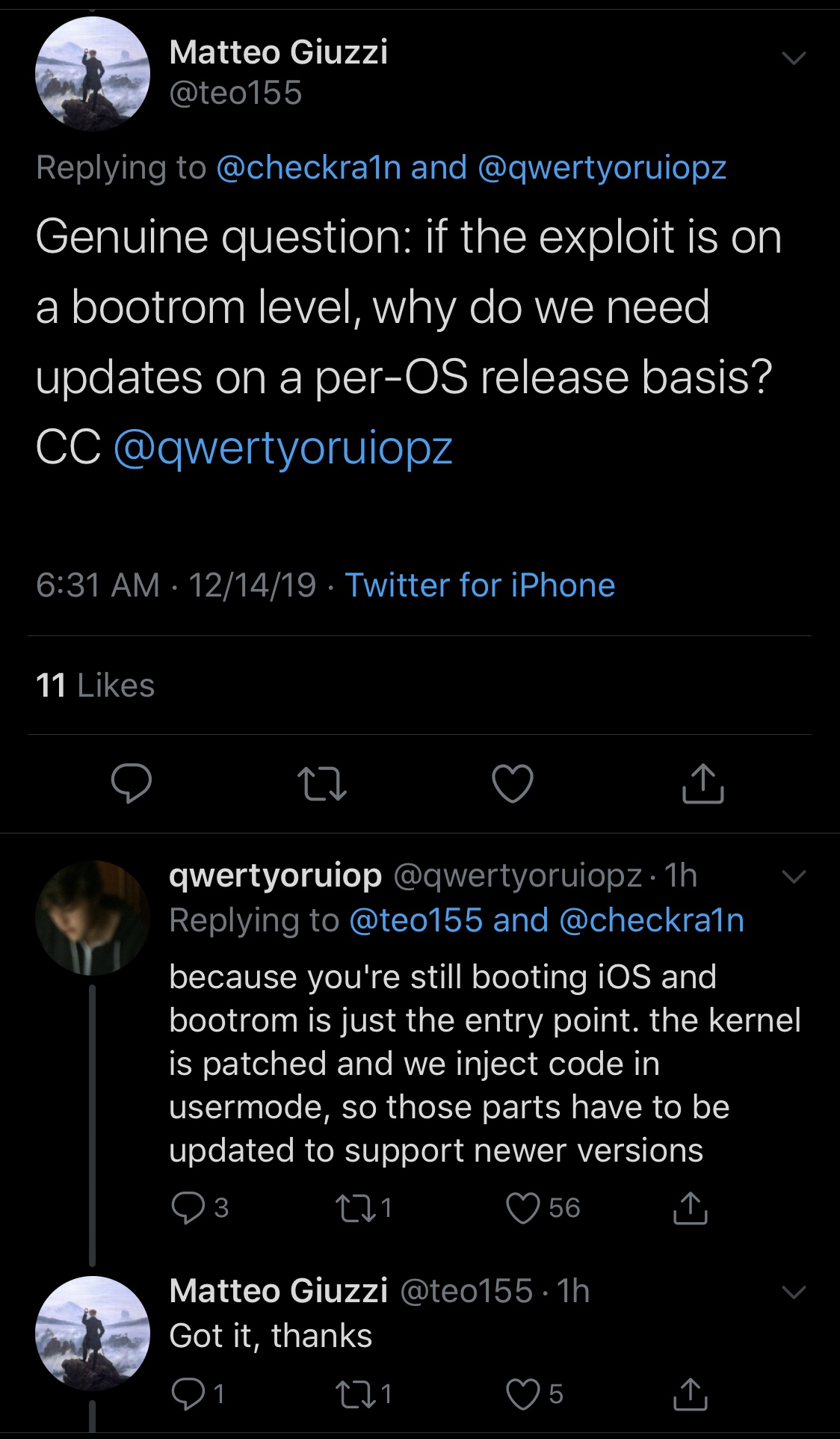 Just as before, we must warn that this tool is still only in its public beta stages, and we recommend that casual jailbreakers wait for the official public release.

At this time, support for the iPhone 5s, iPad mini 2, iPad mini 3, and iPad Air is very much experimental and may require more jailbreak attempts than usual. Improvements to reliability for these devices will come in future updates.

If you’re adamant about jailbreaking with checkra1n right now despite our warnings, then you can follow the steps in our detailed tutorial to do so. The checkra1n jailbreak should only be downloaded from the official website.

Have you tried the latest version of checkra1n yet? Let us know in the comments section.