Apple today released iPadOS and iOS 13.3, the third major software update to the mobile operating system powering the iPhone, iPad and iPod touch following its launch in September. The update is available as an over-t

The software has been in beta testing since November 3, 2019.

To install the update over the air, tap Settings → General → Software Update on your device, then follow the onscreen instructions. You can also grab the full iOS 13.3 firmware for your particular iOS device model through iDownloadBlog’s Download page.

This update also includes the following bug fixes and other improvements:

A quick tour of the key features

Aside from offering a handful of new features, this version of the operating system squishes bugs and improves the overall performance and security.

In terms of new user-facing features, Safari now supports FIDO2 physical security keys via Lightning, USB or NFC. This will let you quickly insert a hardware key like like Yubico directly into your phone or tablet to elegantly and securely authorize log-in attempts rather than inputting randomly generated codes.

It’s now possible to disable Memoji Stickers in the emoji keyboard and revert to the standard emoji picker design.

Parents can restrict who their kids can communicate with, and set a schedule, via a new Communication Limits feature in Screen Time. This makes it easy for parents to set rules for when their kids can and cannot talk to, with rules for times and individual contacts as well. 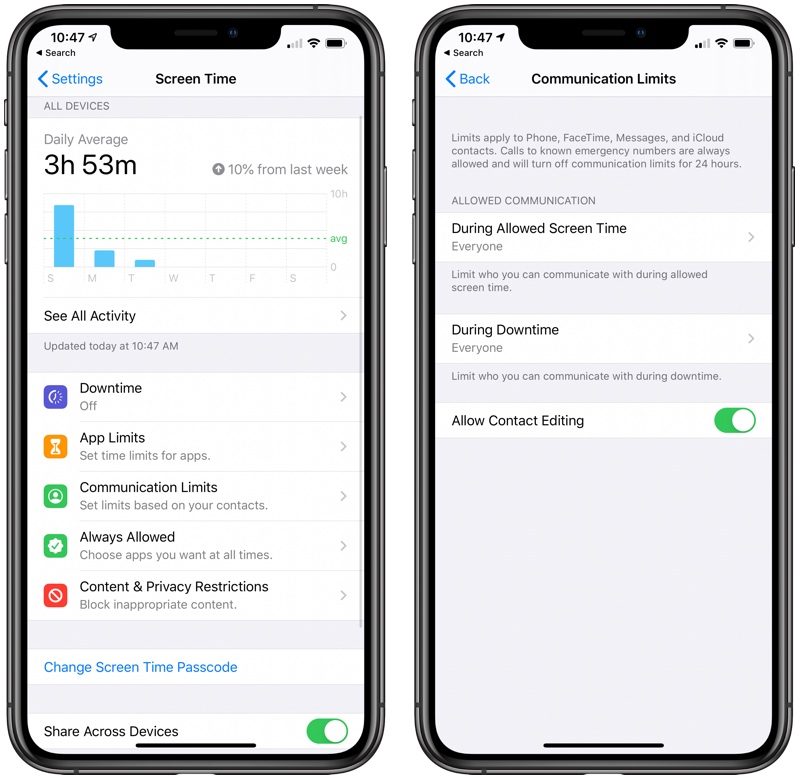 These limits only apply to the Phone app, Messages app and FaceTime.

Today’s update arrives nearly a month and a half following the public launch of iOS 13.2 which brought out quite a few new features itself, such as Deep Fusion for even better photographs taken with the latest iPhone 11 cameras, more than 70 new emoji and other perks.

TUTORIAL: How to use all the new features in iOS 13.2

Watch the video below highlighting the new features in the previous 13.2 update.

As for iOS 13.1, which released for public consumption on September 24, it brought such new features as the ability to share your ETA in Maps with friends, Audio Sharing to supported headphone models and the new Siri Shortcuts Automations, to mention just a few.

The Cupertino tech giant appears to be still recovering from the rocky iOS 13 launch that saw a bunch of bugs plaguing the initial release of the software, with several major features needing to be postponed because Apple has obviously spread itself too thin.

What do you think about the new features in iOS 13.3, and do you plan on updating?