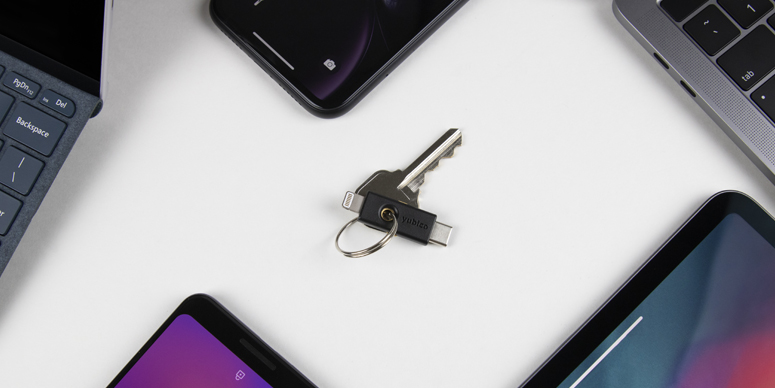 Earlier today, Apple seeded the second developer beta of iOS 13.3 (and iPadOS 13.3). Now, a few details are starting to surface.

It’s worth noting that iOS 13.3 has supported NFC, USB, and Lightning FIDO2-compliant security keys since the first developer beta, but, as noted by MacRumors, Apple is directly referencing the new addition in the release notes for the second developer beta of iOS 13.3.

Here’s that bit from the changelog:

A physical security key and make personal security even better thanks to the two-factor authentication it boasts. And with iOS 13.3 Safari will support these security devices, along with NFC and USB.

Back in August of this year, a company by the name of Yubico released a dongle for secure physical authentication on the iPhone, iPad, and Mac called the YubiKey. The physical security tool is compatible with services like 1Password and more, but it’s not compatible with Safari. That will be changing with iOS 13.3, though. That means you’ll be able to quickly insert the tool directly into your phone to authorize a log-in attempt, rather than inputting a randomly generated code.

That’s certainly a noteworthy change in iOS 13.3, and one that should be a welcomed addition for those interested in a physical security key. Of course, other options will be supported beyond the YubiKey as time rolls on and additional companies introduce their own options.

There’s still no word on a public launch of iOS 13.3, but we’re probably still a few weeks away.

Is this one feature you’re looking forward to with the upcoming launch of iOS 13.3?