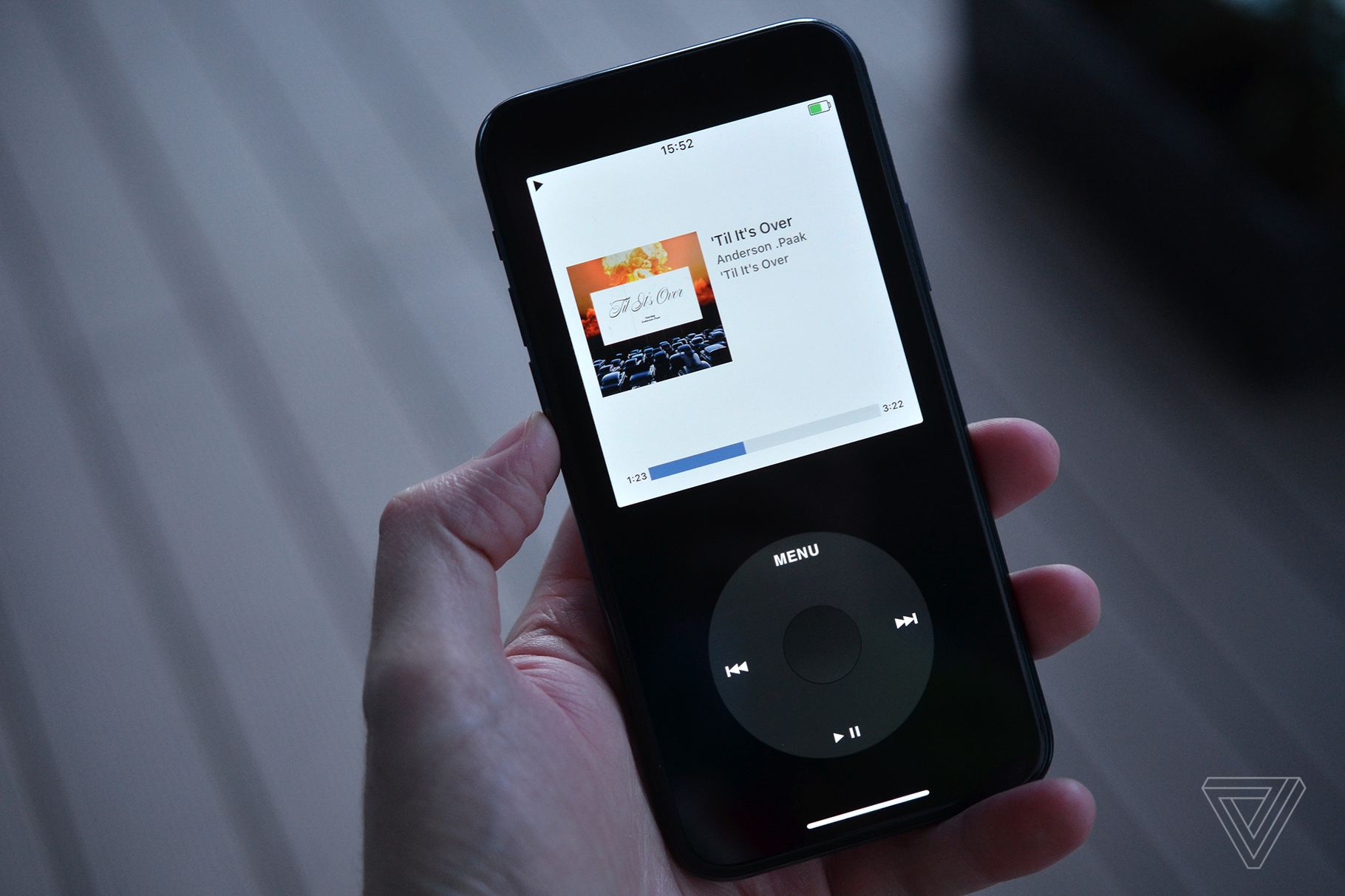 Nostalgia has a way of sinking its claws in, and apparently it’s about time for the iPod’s click wheel to get plenty of attention.

Enter “Rewound“, a basic music player that’s available right now in the iOS App Store. Now, the app is free and it’s available right now, but it’s possible that Apple will catch onto it before long (especially as it gets more coverage) and pulls it. So if you want to try this out, you may want to install the app sooner rather than later.

Here’s Tom Warren of The Verge showing it off:

my iPhone is now an iPod pic.twitter.com/3EXQKVmxvS

Rewound was developed by Louis Anslow of Rethought agency and has been in the process of development over the last year or so.

The idea is to bring back the idea of buttons and the nostalgia of devices like the iPod. “You can program physical appearance of a device,” explains Anslow in an interview with The Verge. “It could become anything.”

Rewound connects to the Apple Music library for now, but Anslow says that a future version of the app could support Spotify‘s music library, too. And the app supports third-party downloadable skins as well, so other designers and developers will be able to create new experiences for the app as well.

The app will also get an iOS widget at some point in the future, too.

If all of this seems familiar, it’s because we reported on a similar app back in November. Unfortunately, that one was not made available in the App Store at the time, and the developer behind it, Elvin Hu, was unsure if the app would ever show up in the digital storefront.

So if you want this type of experience on your iPhone, it sounds like Rewound is a pretty solid option — especially considering it’s available in the App Store right now.

Do you plan on checking it out?