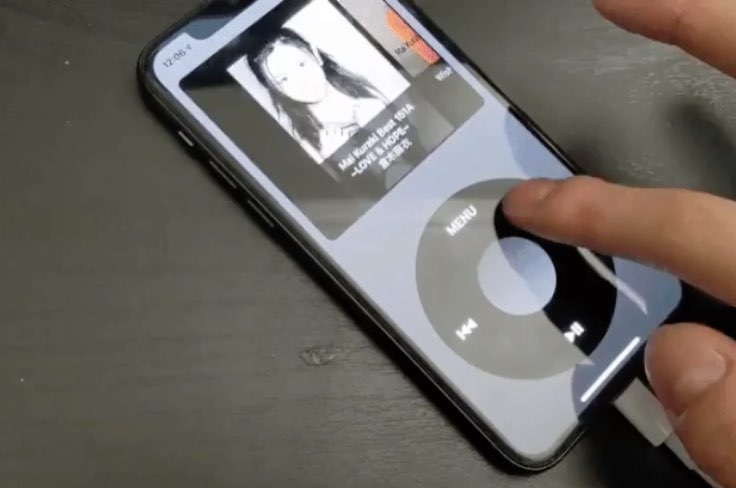 Apple’s advertising slogan “There’s an app for that” for the App Store was so catchy because it was true, so how about an app for all you iPod classic fans out there?

Thanks to Elvin Hu, there’s now an iPhone app which simulates the look and feel of the iPod classic music player complete with the click wheel interface and Cover Flow album view.

Turned my iPhone into an iPod Classic with Click Wheel and Cover Flow with #SwiftUI pic.twitter.com/zVk5YJj0rh

Cover Flow, as you’ll recall, is a three-dimensional graphical interface that lets you scroll and flip through album and song artwork to select tracks. Hu has built Cover Flow into the section right above his software-based click wheel, and it also works in landscape mode.

Making an iOS music app that looks like Cover Flow in #SwiftUI… pic.twitter.com/29Nfil70I3

According to The Verge, Elvin came up with the idea of building such an undeniably cool app because he was working on a paper about the development of the iPod at school.

He tells the publication:

I’ve always been a fan of Apple products since I was a kid. Before my family could afford one, I would draw the user interface layout of iPhone on lids of Ferrero Rocher boxes. Their products (among other products, such as Windows Vista and Zune HD) have greatly influenced my decision of pursuing design as a career.

The iPod “Godfather” and ex-Apple exec Tony Fadell called it “a nice throwback” in a tweet.

The app is still being worked on and there was no no word at post time when it might appear on App Store. It may actually never make it to the store due to copyright issues, Hu acknowledged.

“Whether I can release it or not does depend on whether Apple approve it,” admitted Hu. “I believe they have legitimate reasons not to (patents and other reasons).”

Here’s to hoping that Elvin, who is a design student at Cooper Union college in New York City, releases the app through a website so we could side-load it. The Verge acknowledges as much, saying that in the unfortunate case that Apple does block the release Hu may release the app “as an open source project after seeing the response from the community.”

What do you think of this app, cool or what?