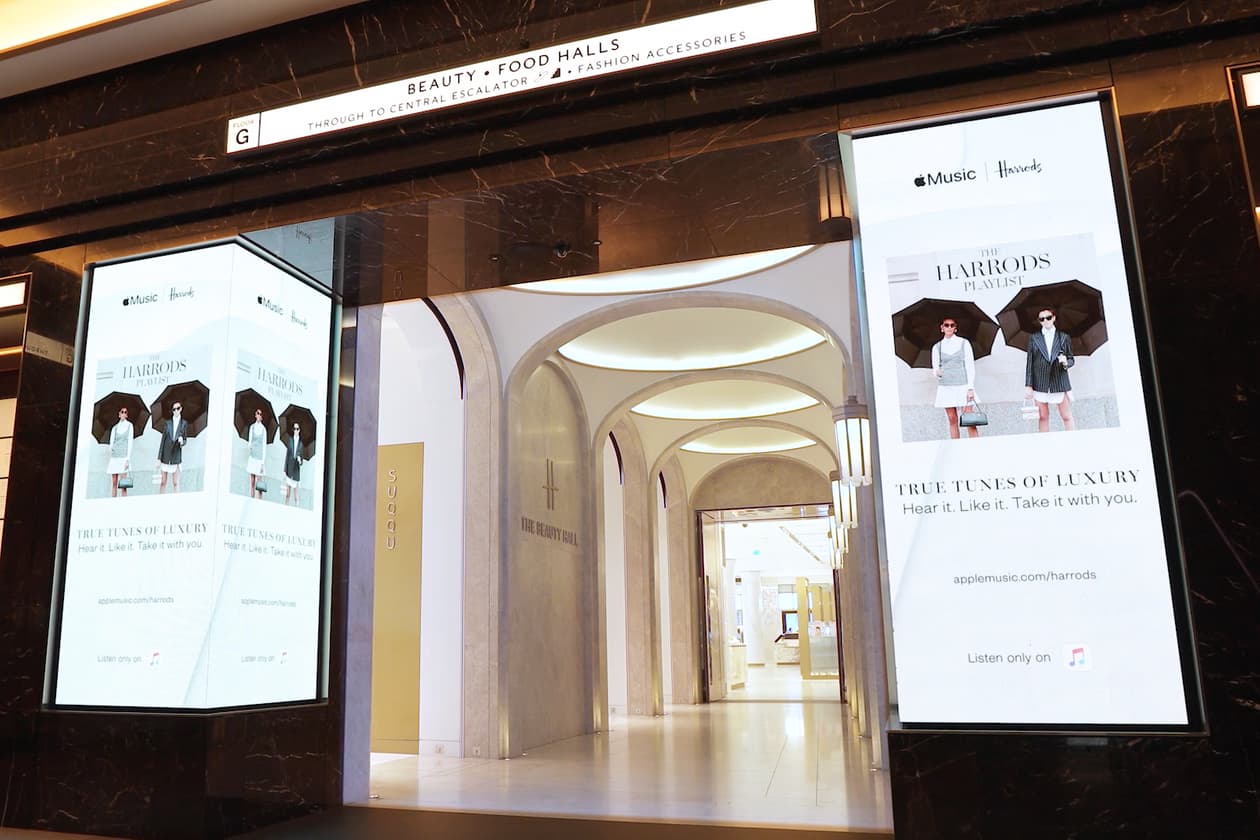 Since its initial debut, Apple Music has catapulted in the rankings to become one of the most popular music streaming services out there. And now the company behind the service is getting into the Muzak business (that’s the quiet music you hear playing in public spaces).

PlayNetwork Inc. handles the operations of the service in retail stores, and also handles the complicated licensing deals that need to be worked out to get these songs played in retail stores. Apple will be handling the music curation, building unique playlists for each client.

There are other options out there, including Mood Media Corp. (formerly known as Muzak), Soundtrack Your Brand, and Sirius XM Holdings, Inc., which costs somewhere between $25 and $35 per month per location. At the time of publication there is no word on how much Apple Music for Business costs, but PlayNetwork Inc. says the cost is competitive with the other services out there.

Harrods started using Apple Music for Business in its London store a few weeks ago. The giant department store has drawn on Apple Music playlists to create its own custom Harrods Playlist, an eclectic mix of classical, ambient, electronic and experimental music.

Large screens around escalators in the store prompt customers to listen to the Harrods Playlist on Apple Music. For every trial of Apple Music that such promotions generate, Apple pays a referral fee to the business. The retailer also has a page on the Apple Music consumer app, featuring the main playlist, as well as others it recommends, such as the Harrods Christmas Playlist, which includes songs by Ella Fitzgerald, Frank Sinatra and Herb Alpert.

This is a new arm for Apple Music, but one that certainly makes sense. Especially if Apple can get retail partners to actually promote the playlist in their stores, like Harrod’s is doing. Of course, it helps that Apple owns the music identification service Shazam, so even if someone doesn’t know the Muzak they’re listening to is coming from Apple Music, they can use that Apple-owned service to identify the song.