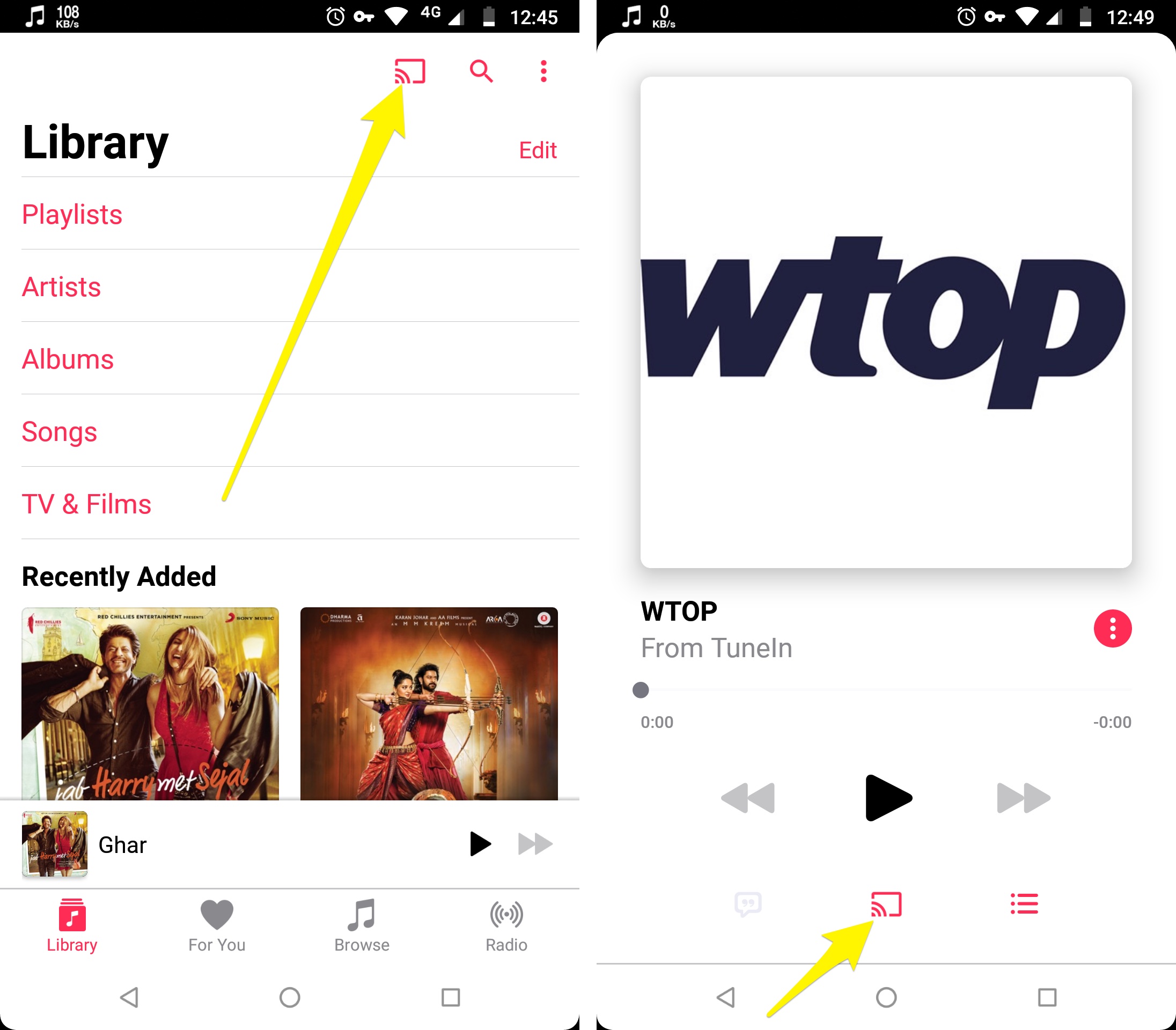 Android customers may soon be able to wirelessly send their Apple Music tracks from their smartphone to a TV or their home theater setup using Google’s Chromecast accessory.

According to AndroidPolice this morning, Android customers will be able to finally play their favorite Apple Music tracks on Chromecast speakers nearly four years after Apple’s music-streaming service had launched.

As with all apps that offer Chromecast support, you don’t need to explicitly do anything to trigger it. The cast icon will show up in the app and on your now playing screen if there’s a compatible Chromecast (or Chromecast built-in, Google Home, Assistant speaker) on the same network as your phone. Tap it, choose which unit you want to play your audio on, and it will seamlessly transfer over. You can still control playback from your phone.

Another cool new feature addition in the beta: the ability to tune in to any Internet-based radio station sourced from TuneIn, Radio.com and iHeartRadio. If you have the beta, simply search for a channel’s name or frequency to give it a try.

Here’s everything coming in Apple Music for Android 3.0:

Analytics firm SensorTower estimated in March 2019 that Apple Music was installed on over 40 million Android devices worldwide, with most of the installations traced back to US customers (28 percent), followed by India (seven percent), and Great Britain, Brazil and Russia with six, five and four percent respectively.

Keep in mind that Apple could just as easily pull Chromecast support from the beta in case it determines during the testing phase that the feature is too rough on the edges. That probably won’t happen considering that a recent Apple Music for Android beta update brought out a pair of sought-after features: a dark mode along with synchronized lyrics with the music.

TUTORIAL: How to sing along to time-synced lyrics on Apple devices

Other Chromecast features include the ability to mirror content from the Chrome web browser running on a personal computer, as well as from the screen of some Android devices.