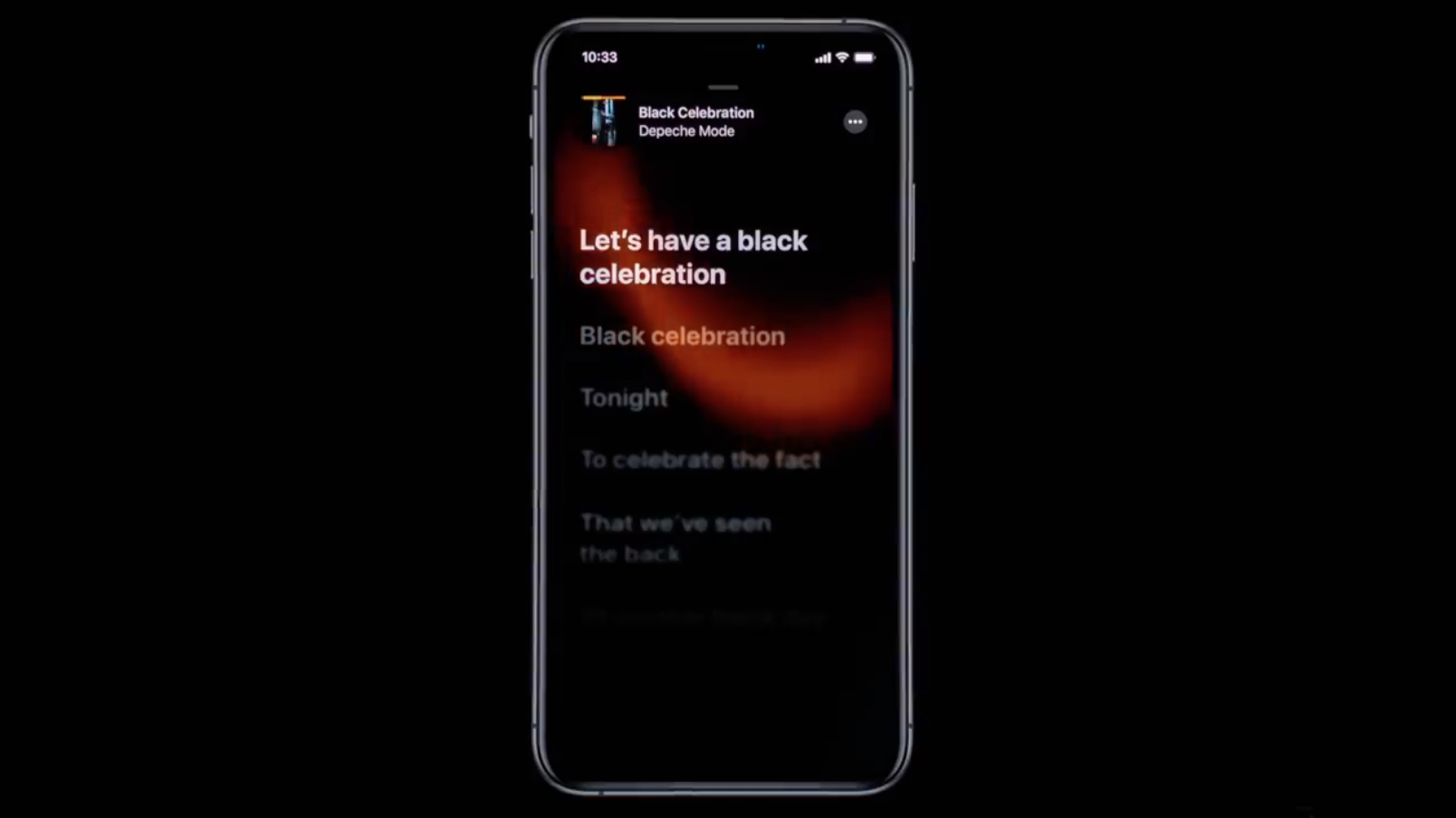 While it was brief, Apple discussed a new feature coming to the music listening experience with iOS 13 (and tvOS 13) later this year.

At this year’s WWDC, Apple detailed a new feature that will allow Apple Music listeners follow along with a song’s lyrics, and see a better view of what’s coming next with a revamped Up Next view. So let’s dig into the overview.

While Apple Music already offers a way to read lyrics for a song you’re listening to right in the app, the company has decided that a new, better experience is possible. Enter time-synced lyrics (pictured above). Apple says that all a user has to do is tap on the lyrics while the song is playing. From there, they will be able to follow along with them, as each line of content will prioritize in step with the music as it plays.

The listener can easily scroll and tap on any verse to quickly jump to that part of the song, too. So if you’re trying to learn a particularly difficult section of a song, you’ll now have a quick and easy way to find that section and see the lyrics in real-time as the song plays.

Up Next exists in different capacities depending on how you’re listening to Apple Music. In Apple CarPlay it’s a button you can select in the top-right of the display. In the iOS app it’s just available as you scroll down on the music listening panel, below the music playback controls and Lyrics section.

In iOS 13, however, Apple says the new, revamped version of Up Next is available with “one tap”. Once you do that, you’ll be presented with the queue of songs that are coming next, as well as information showing from which playlist, album, or station that music is coming from. Apple also states that the user will be able to quickly change the order of incoming songs as well.

These aren’t major changes, even if the time-synced lyrics will be a lot of fun in some situations. But, at least in that case, the feature makes more sense for tvOS 13 as a way to facilitate karaoke parties. Still, it’s a solid new addition to Apple Music, and one that will probably be welcomed by many.

Other than these changes, dark mode, and the other redesigned elements of Apple Music coming with iOS 13, what do you want to Apple add to its music streaming service’s app?