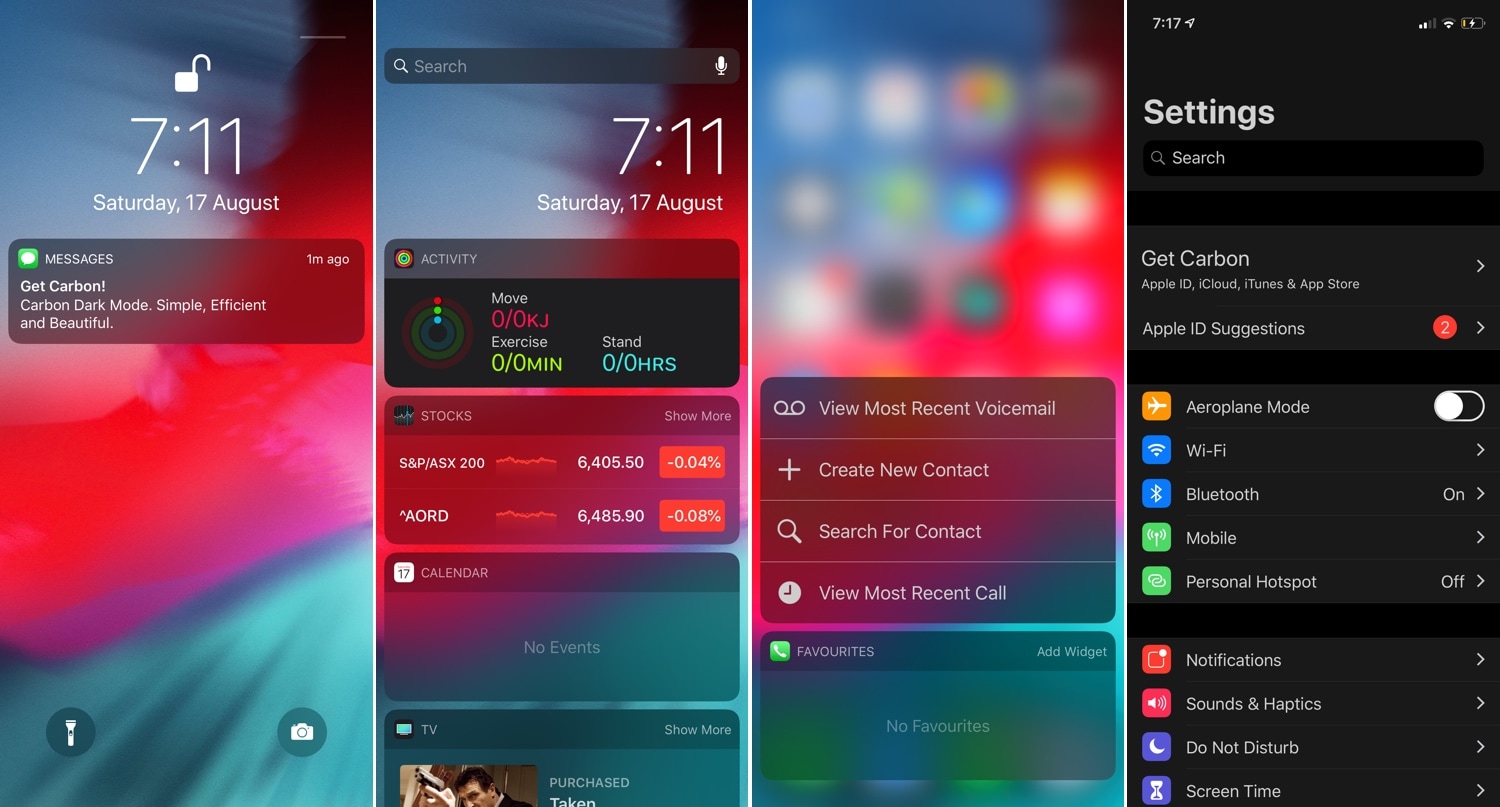 Dark mode has become such a popular concept that Apple’s upcoming iOS 13 software update will incorporate it out of the box, but jailbreakers have already had access to dark mode-centric jailbreak tweaks for what feels like several years now. Still, it isn’t uncommon for developers to release new dark mode-oriented jailbreak tweaks with improved feature sets or performance.

Carbon Dark Mode by iOS developer OxideLabs is one such release, and according to the developer, it’s up to 3.5 times more memory efficient than ‘other’ dark mode jailbreak tweaks on the market today.

As you might come to expect, Carbon Dark Mode is a system-wide jailbreak tweak that themes installed applications to display a dark black background as opposed to the standard eye-jarring white background. Cells are highlighted in a dark gray rather than black to help them pop against the background.

One thing we like about Carbon Dark Mode is that it comes with a dedicated Control Center module, which helps users toggle the dark mode on or off on demand. But for more dedicated dark mode enthusiasts, a full-fledged preference pane can be found in the Settings app after installation: 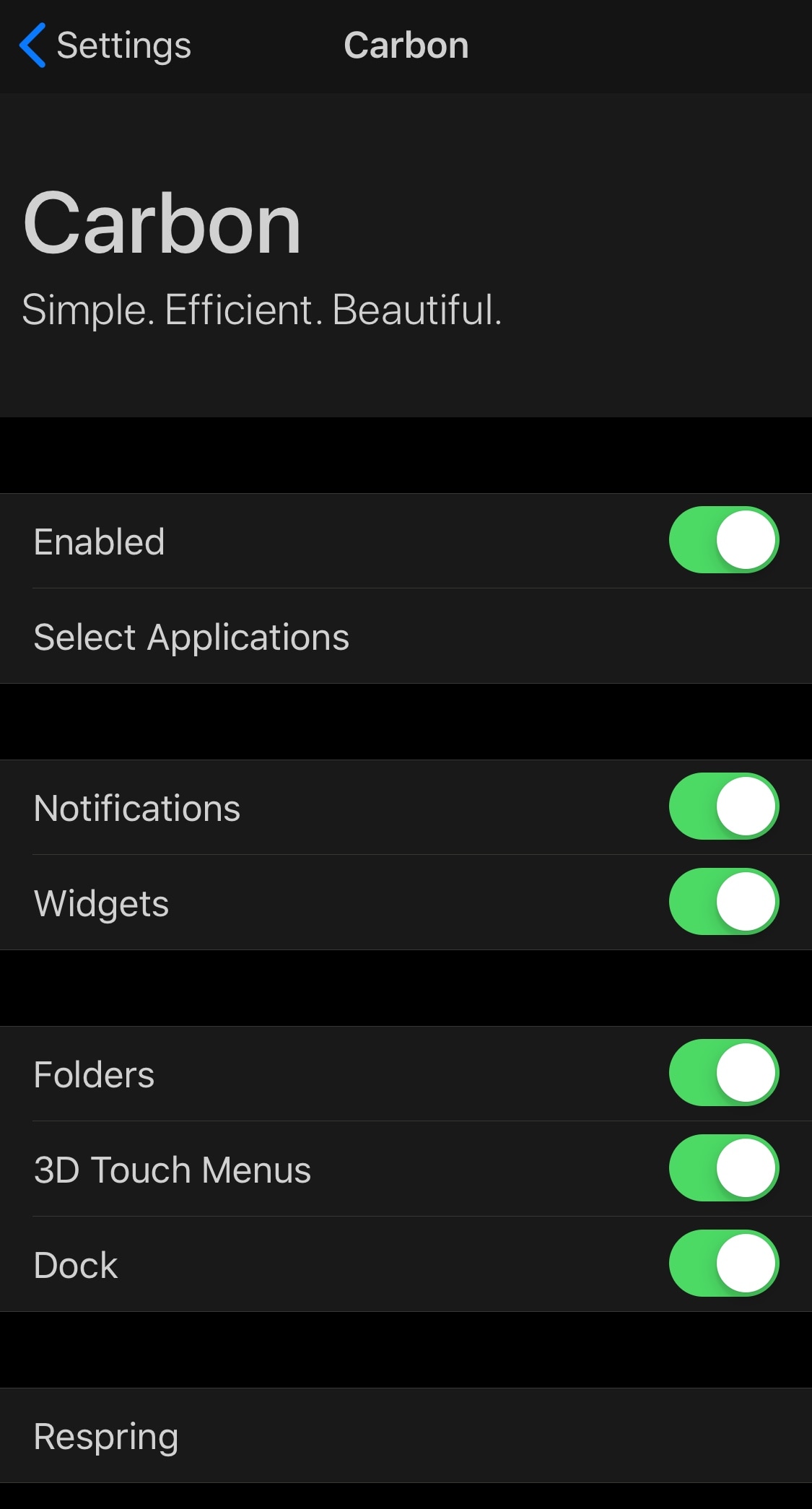 The developer provides a respring button at the bottom of the preference pane for saving any changes you make to the settings.

You might’ve noticed that Carbon Dark Mode doesn’t have many options to configure, and that’s because it aims to be as efficient and lightweight as possible while still offering an iOS 13-like dark mode experience on earlier versions of iOS.

Carbon Dark Mode aims to be a direct competitor with popular releases such as Eclipse and Noctis, and if you’re interested in giving it a try, then you can download it for $1.50 from the Packix repository via Cydia or Sileo. Carbon Dark Mode supports all jailbroken iOS 12 devices, and the developer offers a refund with no questions asked for the first 24 hours after your purchase if you’re dissatisfied for any reason.

What are your thoughts about using Carbon Dark Mode over some of the well-established dark mode tweaks? Let us know in the comments section below.