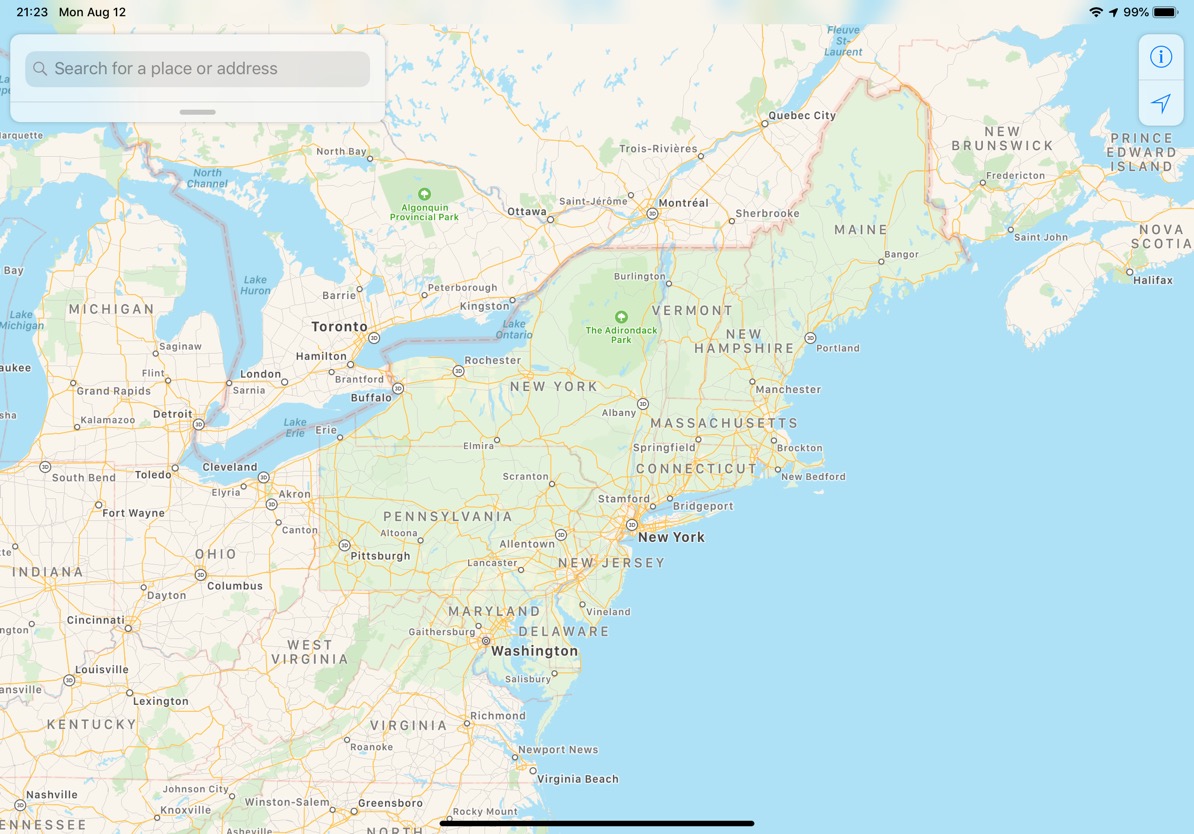 Apple is gradually rebuilding its Maps service with first-party data — detailed mapping data is now being rolled out in the northeast United States after an enhanced Maps service launched last week across Texas, Louisiana and the southern half of Mississippi.

The refreshed maps provide way greater level of detail than before, with landscape details like sports fields, parking lots, ground cover, foliage, pools and pedestrian pathways clearly visible as you zoom in on the map. Enhanced Maps data was gathered by Apple’s own LiDAR-equipped vehicles, as well as from iPhones using Apple’s Differential Privacy technique.

Apple said at WWDC 2019 that the refreshed Maps data will become available across the entire United States by the end of the year, followed by additional countries in 2020.

A recent report from Politico blamed companies like Apple and Google for not going to any lengths to add details about rail crossings in their mapping software, saying these and other mapping providers are simply ignoring safety advocates and not doing nearly enough to point out potentially dangerous sites such as rail crossings.

According to that report, federal safety authorities have even lobbied the big tech companies to include this information, dating back to 2016 after a commuter train collided with a truck.