While it’s not uncommon for the Sileo Team to release an updated Sileo package manager every now and again, the team deviated from their traditional release cycle on Friday by launching a ‘Sileo Beta’ that can be deployed alongside the stable Sileo installation.

The Sileo Team announced the news early this morning via Twitter, noting that Sileo v1.2.9 beta 1 would be available from the default Chimera/Electra repositories on their respective jailbreaks: 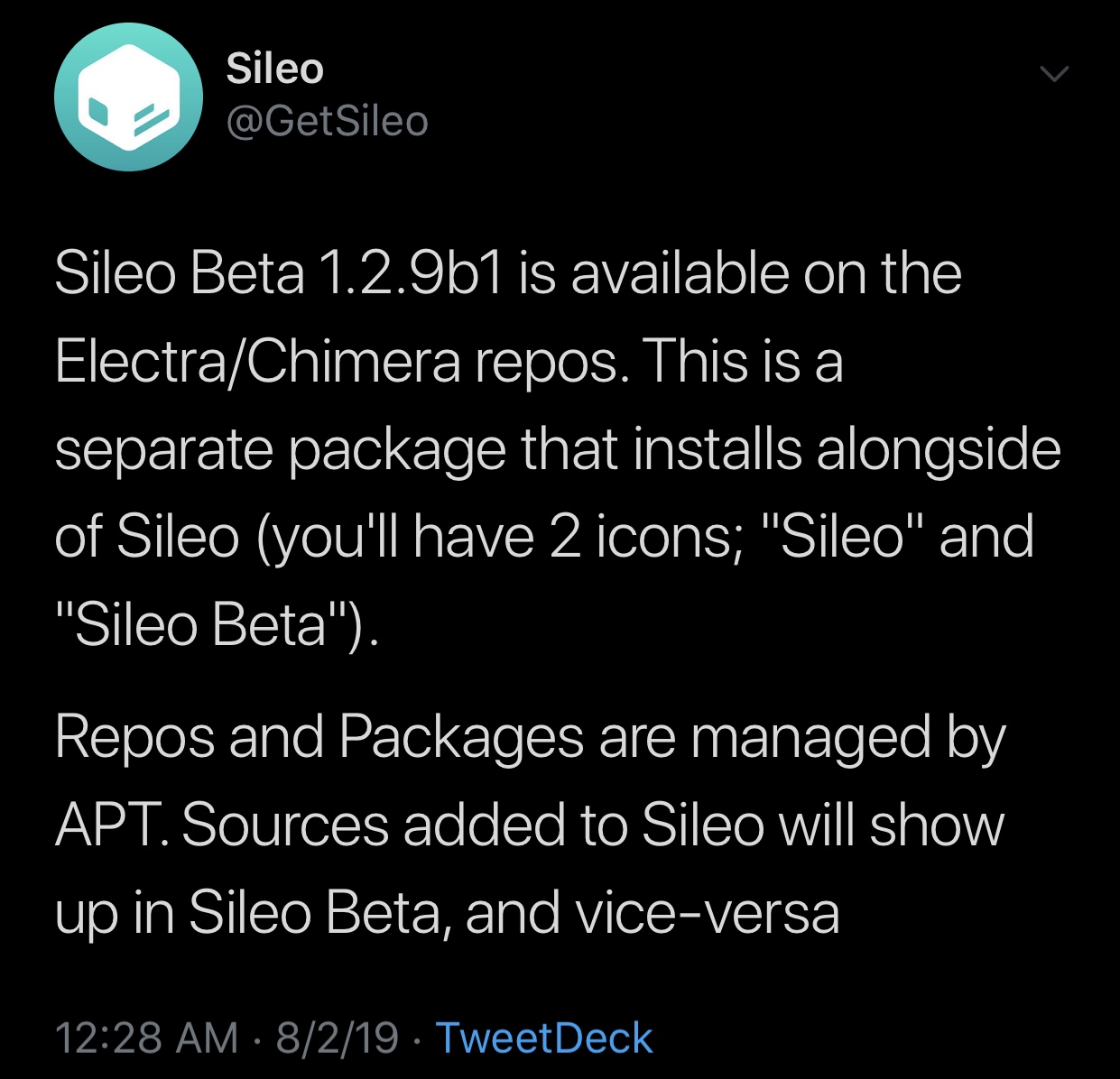 The Sileo Team didn’t go into many details about what Sileo v1.2.9 beta 1 would bring to the table, but they did explain that installing the Sileo Beta alongside Sileo would be harmless for users and that both apps would recognize installed packages and repositories because they both use APT.

While we generally advise that Chimera and Electra users install the latest Sileo updates when released, it’s worth mentioning that this release is a beta, and that installing it isn’t necessary unless you feel like being a beta tester. As always, beta testers are encouraged to join the Sileo Discord chat to share feedback with the community and developers.

For those who aren’t jailbroken, the Sileo Team also offers a demo that can be side-loaded on any device with Cydia Impactor for testing and repository-browsing purposes.

Will you be installing the Sileo Beta, or will you stick with the official public release? Let us know in the comments section below.