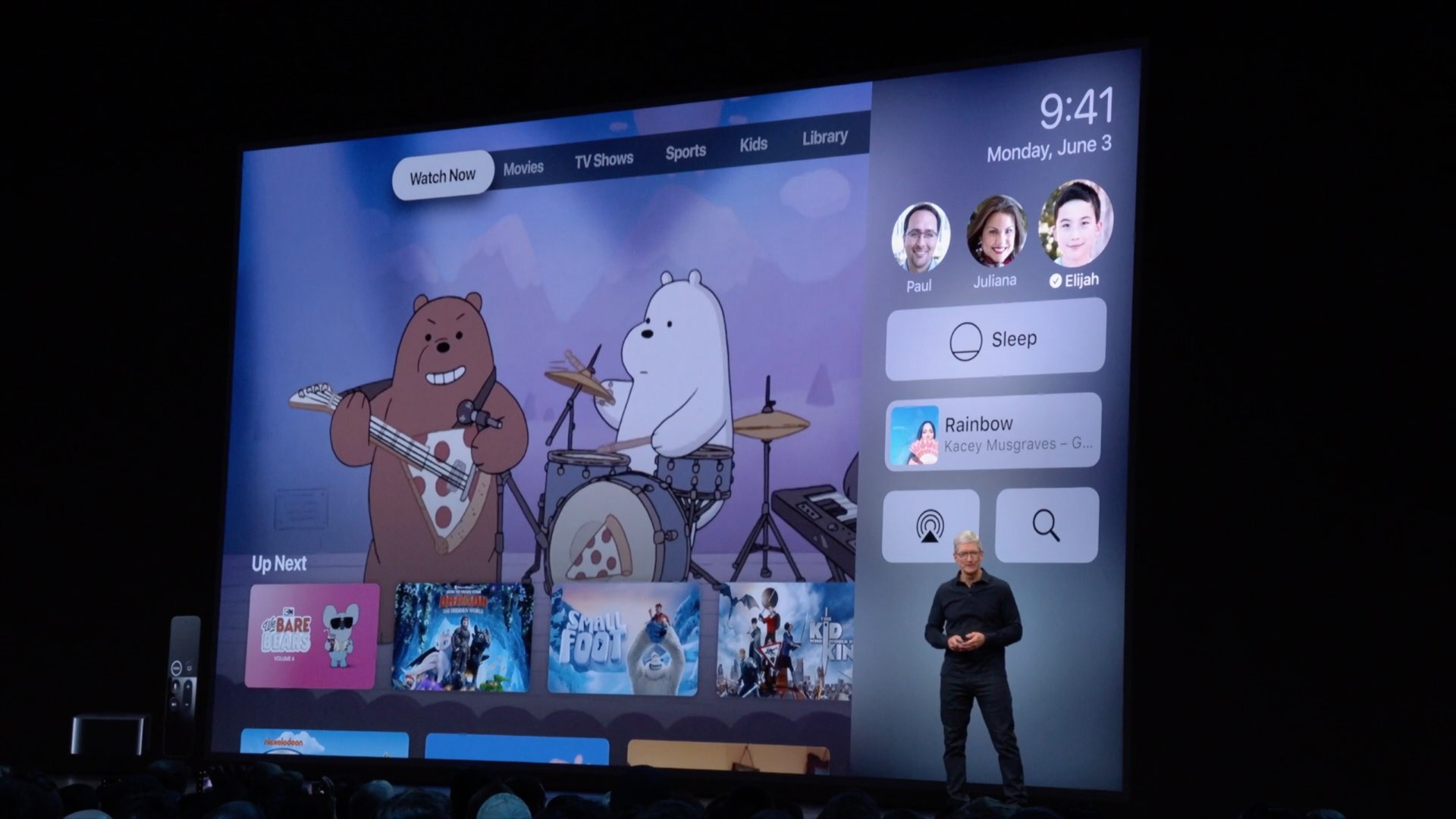 The tvOS 13 update brought out Control Center for the first time on your Apple TV.

Although Control Center for Apple TV is far from being as developed as on iPhone or iPad, the concept is the same as ever: give people direct access to important settings for the device.

TUTORIAL: How to add multiple users to Apple TV

Control Center for Apple TV was announced by Apple CEO Tim Cook as part of the tvOS 13 segment in the keynote talk that kicked off the Worldwide Developers Conference, which took place June 3 -7 in San Jose, California.

Therefore, you must update your Apple TV HD or Apple TV 4K to the latest tvOS 13 software or later in order to get Control Center functionality.

Follow along with iDB as we teach you how to use the new Control Center in tvOS 13.

How to use Control Center on Apple TV

Like with other Apple devices, Control Center for Apple TV can be summoned at any time while you’re using an app or interacting with the tvOS user interface.

To dismiss Control Center, press the Home or Menu button on your Siri Remote.

Like on iOS, it’s is a translucent panel with a frosted glass appearance that appears on top of anything displayed on the screen. Unlike iOS’s Control Center which takes up the whole screen, the Apple TV version is a vertical column about one-fourth of the screen width.

A detailed description of each shortcut follows right below.

I’ve always wanted an optional permanent mini-clock in a corner of the tvOS interface, but Apple obviously didn’t pay attention to my feature requests so no cigar so far. The new Control Center in tvOS 13 is the closest thing to a clock on Apple TV.

Telling time is a neat feature to have in Control Center, but I’m going to keep asking Siri what time it is when unsure if it’s nap time already.

Each user account on your Apple TV is represented in Control Center by its name along with the circular profile image. To quickly switch to a different Apple TV user account, highlight it with the remote, then click the Touch surface.

This is essentially the Control Center shortcut for the new user-switching feature in tvOS 13 that can also be accessed through Settings → Users and Accounts → Current User.

Before tvOS 13, you put your Apple TV to sleep by bringing up the Sleep menu with a long-press of the Siri Remote’s Home button on the Home screen. tvOS 13 has remapped that action to the new Control Center, which includes a Sleep shortcut. Simply highlights the Sleep widget, then click the Touch surface to put the device to sleep.

This will also put to sleep all devices connected to this Apple TV’s HDMI port, like your television and hi-fi equipment. Alternatively, choose Settings → Sleep Now.

Press any button on the remote to wake the device from sleep.

Like in Control Center for iOS, the Now Playing card in the tvOS Control Center displays basic information about the song currently playing on this Apple TV through the Music app, like song title, album and artist name as well as cover artwork.

The Now Playing card does not show any media information other than music so don’t count on it to view the title of the currently playing movie or TV show. Highlighting the card and clicking the Touch surface takes you to the Now Playing screen in the Music app.

Now you can access tvOS’s AirPlay menus through the new Control Center feature in tvOS 13.

Unfortunately, this is a simple shortcut that takes you to the AirPlay selection menus that we first saw implemented in the tvOS 11 software update. While you cannot choose between the AirPlay sources from within tvOS 13’s Control Center, Apple still lets you hold down the Siri Remote’s Play button on the Home screen to bring up detailed AirPlay menus, like before.

If you’ve used these before, you know the drill: swipe left/right to move between the AirPlay 2 devices in your home and up/down to turn individual devices on or off, like your Apple TV, an AirPlay 2 speaker in the kitchen, a HomePod in your living room etc.

You can also press and hold a source that’s currently playing audio to adjust the volume. If you own AirPods, this menu is how you switch to the earbuds on your Apple TV.

Searching across your media

Many people are unaware of the Search app on their Apple TV.

I conduct most of the searches on my Apple TV using Siri. By holding the dedicated Siri button on the Siri Remote, I can invoke Siri anywhere I am in tvOS to speak into my remote and quickly search for something. But if you prefer to browse your search results (laid out in content groups like Movies, Apps, TV Shows etc.), you’ll need to use the Search app instead.

In tvOS 13, the Search shortcut is the last option near the bottom-right corner of Control Center. Highlight the icon and click the Touch surface to open the Search app. Like in earlier tvOS editions, the Search app still has its own dedicated icon on the Home screen.

Before signing off, just a quick reminder that the iOS 13 update includes several Control Center enhancements for iPhone and iPad, including a very neat feature allowing you to quickly connect to nearby Wi-Fi networks or Bluetooth accessories.

tvOS 13 packs in the following features and enhancements:

And of course, tvOS 13 packs in Apple’s much-improved TV app with subscription channels like Starz and HBO NOW, Siri-powered personalized recommendations, 100,000+ iTunes movies and TV shows, picture-in-picture support and a few other perks. As for Apple TV+, the company’s original video subscription service, it will be available in the TV app this fall.

The app is also available on other Apple devices and—as if that weren’t enough—on select third-party platforms including new Smart TVs from the likes of Samsung, Sony, Vizio, LG, etc.

tvOS 13 is compatible with the following devices: