Pwn20wnd released a new update for the unc0ver jailbreak tool Tuesday morning, bringing the official public release up to version 3.3.1.

Pwn20wnd announced the update via Twitter, noting that it would make the jailbreak process significantly faster, especially if you were using the new Sock Puppet exploit by @NedWilliamson: 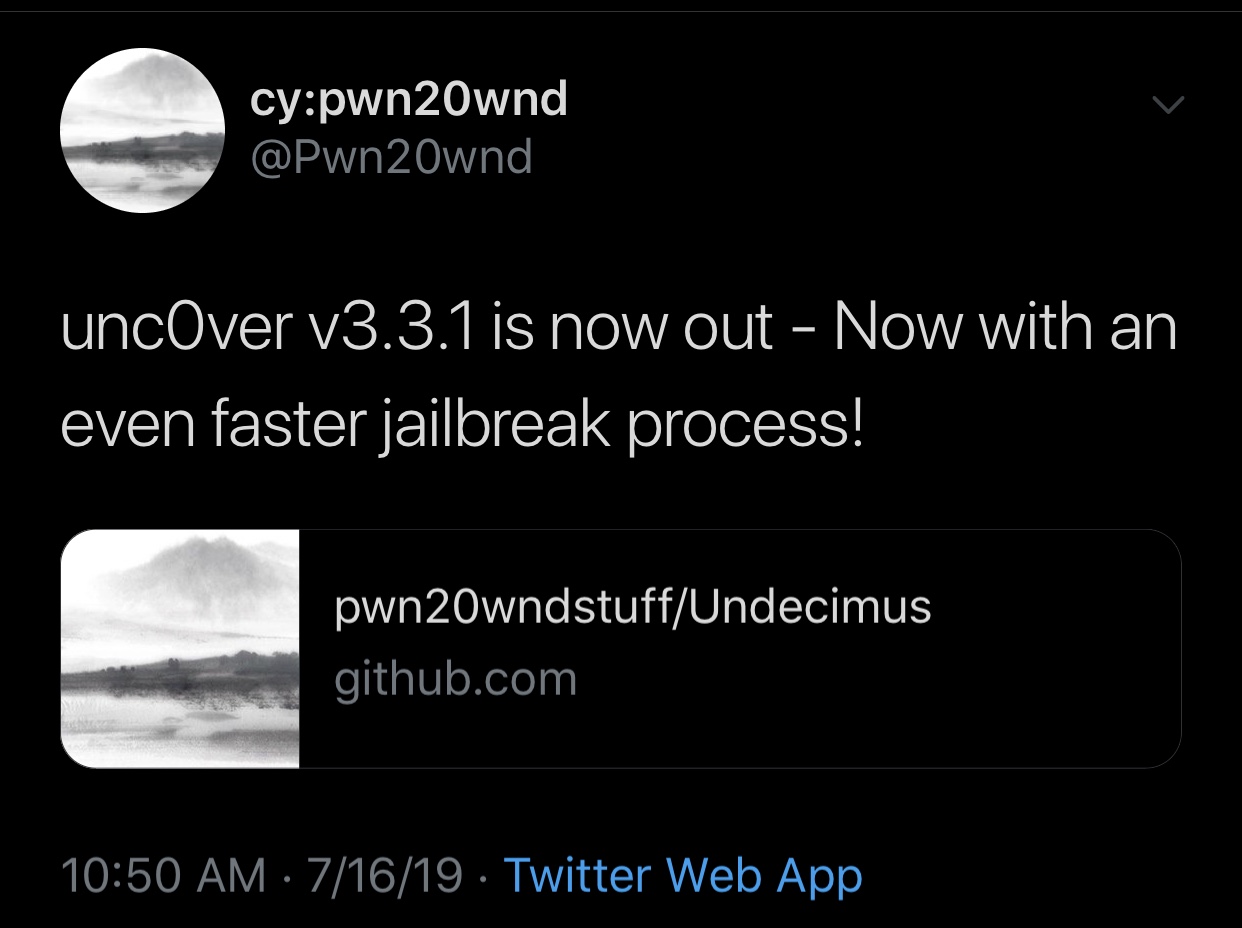 Citing the change log for unc0ver v3.3.1, this update incorporates the following changes:

From what we can gather, this update not only makes the exploitation process faster when jailbreaking your handset, but it also resolves a dark mode-centric bug that had been reported by iPad users.

If you’re using unc0ver v3.3.0 or earlier, then we’d advise downloading and deploying the latest version of the jailbreak tool such that you can take full advantage of the speed improvements and bug fixes. Notably, unc0ver v3.3.1 isn’t a beta release, and so it should be stable enough for the general public to use.

Just like with most unc0ver releases, unc0ver v3.3.1 is available to download from Pwn20wnd’s official GitHub page. You can also take advantage of our detailed step-by-step tutorial, which describes the full process of jailbreaking iOS 11.0-12.2 with unc0ver.

Have you used unc0ver v3.3.1 yet? How did it work for you? Let us know in the comments section below.