Earlier today, Pwn20wnd released unc0ver v3.3.1 with a zippier jailbreak process and bug fixes for dark mode on the iPad, but as it would seem, the talented hacker wasn’t yet finished refining his jailbreak tool.

Just this afternoon, Pwn20wnd took to Twitter to announce the launch another unc0ver update, this time bringing the tool up to version 3.3.2: 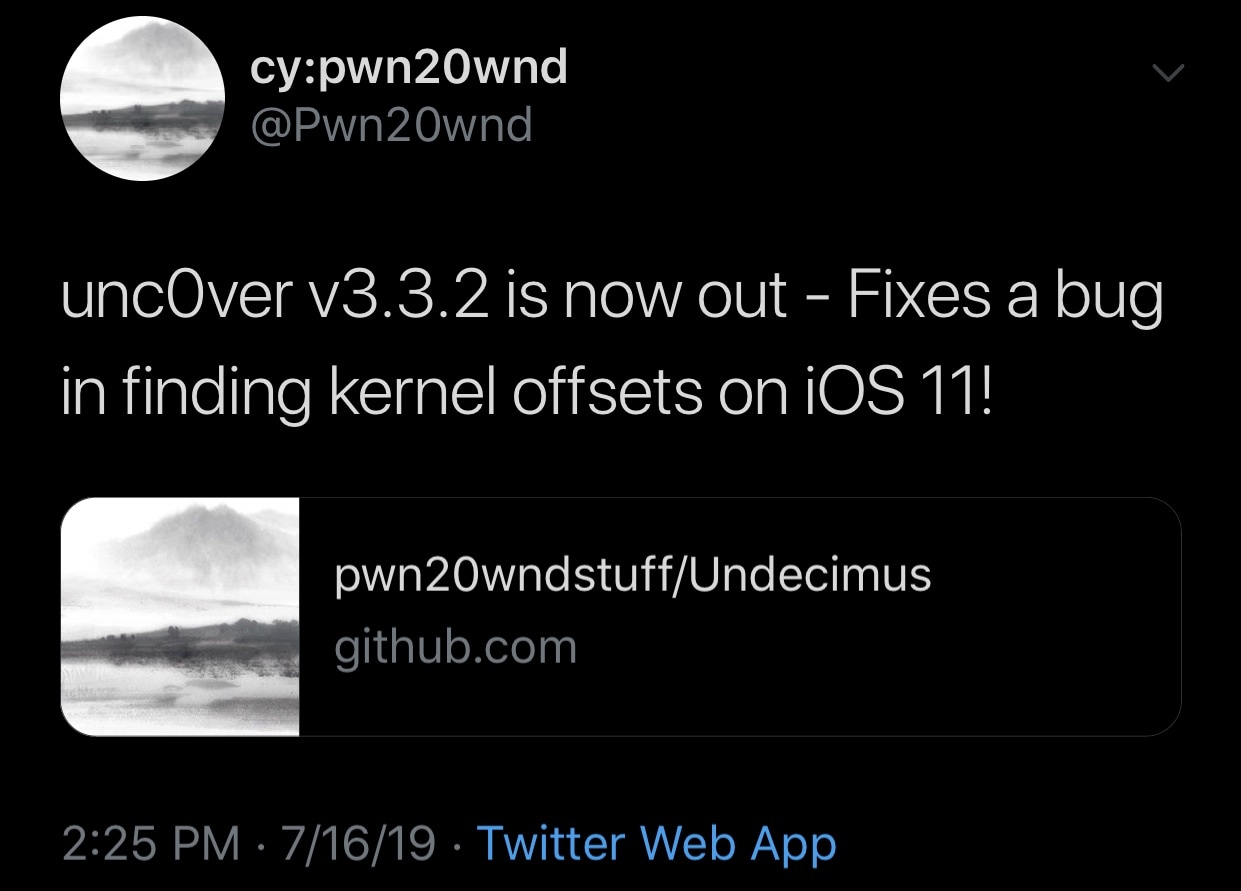 From what we can gather, unc0ver v3.3.2 isn’t a huge update, but if you’re using the jailbreak tool to pwn an iOS 11 device, then it’s certainly recommended, as it resolves an issue where unc0ver would fail to find kernel offsets during the jailbreak process.

Here’s the official change log as per Pwn20wnd’s GitHub page:

– Fix a bug in finding kernel offsets on iOS 11

It’s worth noting that this version of unc0ver still can’t jailbreak A7-A8 or A12(X) devices running iOS 12.1.3-12.2; the Sock Puppet exploit embedded in the unc0ver jailbreak is reserved especially for A9-A11 devices at this time, at least until Pwn20wnd resolves reliability issues for those other devices. The Electra Team’s Chimera jailbreak, on the other hand, has already picked up support for those devices.

Like with most unc0ver releases, unc0ver v3.3.2 is available to download from Pwn20wnd’s official GitHub page. You can also take advantage of our detailed step-by-step tutorial, which describes the full process of jailbreaking iOS 11.0-12.2 with unc0ver. Being that unc0ver is no longer in beta, we can recommend this update to the general public.

Did unc0ver v3.3.2 resolve any issues you were having while trying to jailbreak iOS 11? Discuss in the comments section below.