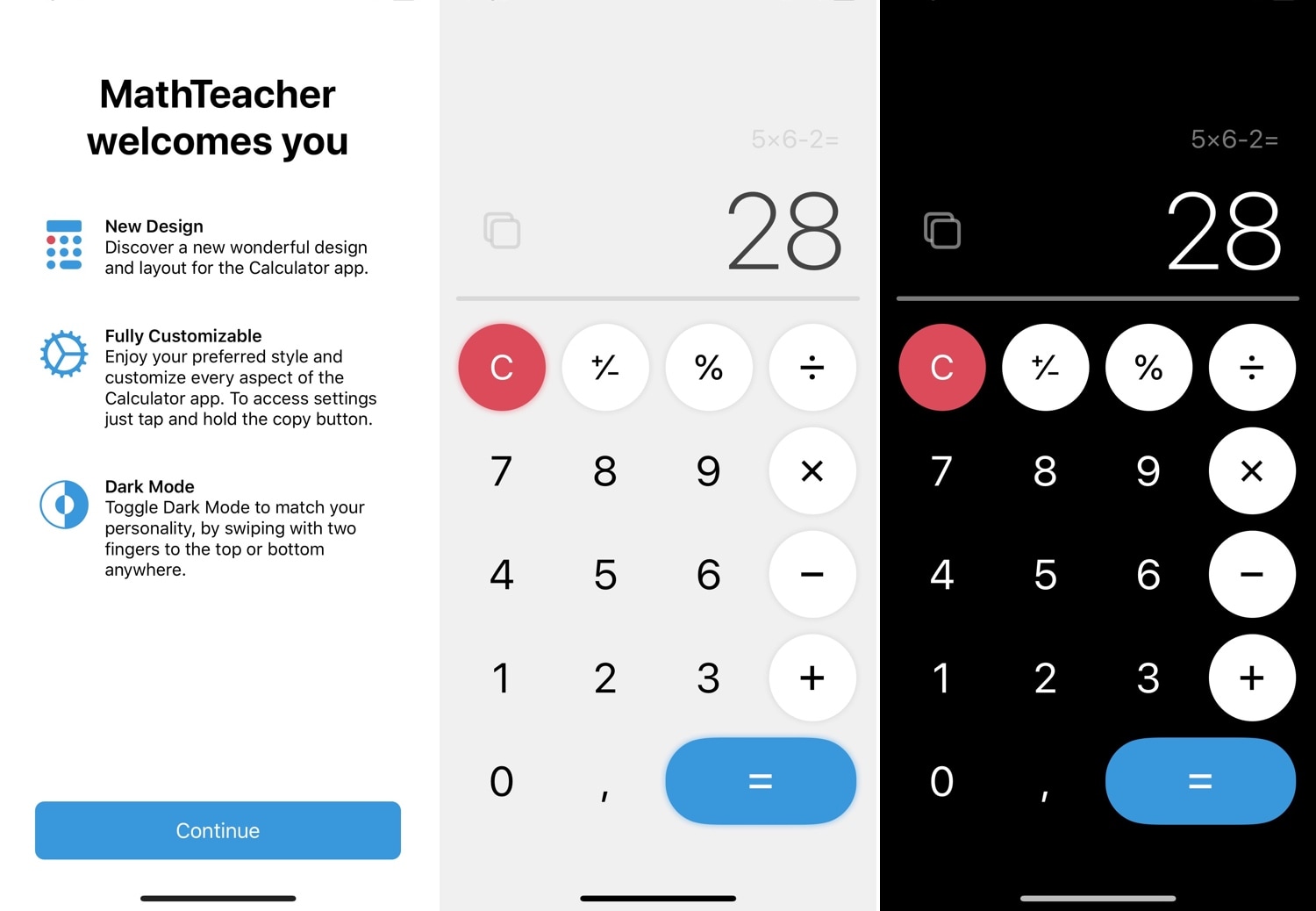 One of the native apps in iOS that doesn’t get the attention it deserves is the Calculator app. While you could download a more robust third-party alternative from the App Store, the fact remains that the native experience is abysmal at best. For that reason, we’re excited to show you a new free jailbreak tweak called MathTeacher by iOS developer Gabriele Filipponi.

As depicted in the screenshot examples above, MathTeacher incorporates several upgrades into iOS’ native Calculator app, making it a significantly more functional math-solving platform than it would have been out of the box.

Once installed, MathTeacher provides the following improvements for the native Calculator app:

By tapping and holding on the new Copy button for a few seconds, you can visit the hidden preference pane for MathTeacher, which lets you customize your Calculator app however you want:

For most settings, a respring isn’t required; but if you revert back to the old (original) Calculator app layout, then you will want to kill the Calculator app from the App Switcher and restart the app for those changes to take effect.

From what we can gather, MathTeacher brings some much-needed upgrades to the native Calculator app, and we’re certain you’ll agree after trying the tweak out for yourself. It’s available as a free download from the BigBoss repository and supports all jailbroken iOS 11, 12, 13, and 14 devices.

Do you like what MathTeacher brings to the table? Discuss in the comments section below.