Pwn20wnd has been hard at work over the past several days in implementing @NedWilliamson’s new iOS 12.1.3-12.2-centric Sock Puppet exploit into the unc0ver jailbreak. Perhaps unsurprisingly, there’ve been a lot of new updates to the unc0ver jailbreak, with most of those updates involving the tying up of loose ends in regards to the new exploit. 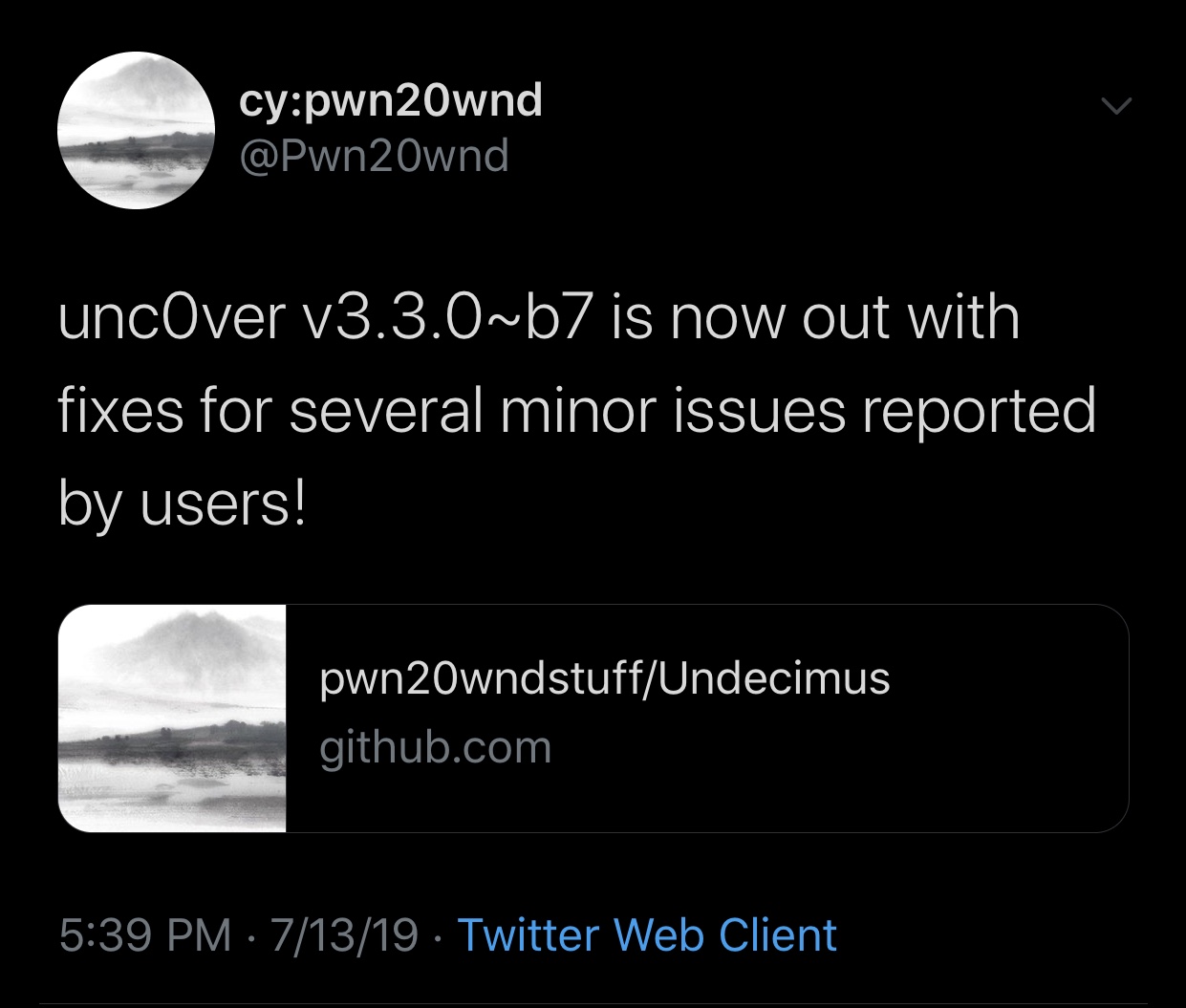 – Fix the false unsupported error on iOS 12.2~b6
– Fix the reboot button
– Fix find offsets with update-installations that were jailbroken before
– Update credits for @NedWilliamson, the Sock Puppet developer

The seventh beta deals mostly with minute bugs and officially credits @NedWilliamson for his work on the Sock Puppet exploit. From what we can gather, this is the most stable release of the unc0ver v3.3.0 beta yet.

If you’re already jailbroken with unc0ver v3.3.0 beta, then you might want to download and deploy the latest version of the jailbreak tool to ensure that you’re taking advantage of all the latest fixes and improvements. Those who haven’t used the unc0ver v3.3.0 beta yet are advised to continue waiting until the public release, as betas can be prone to unexpected bugs and instabilities.

Those interested in jailbreaking iOS 12.1.3-12.2 with the new unc0ver v3.3.0 beta can download it from Pwn20wnd’s official GitHub repository. As always, we’ve updated our guide to reflect the most up-to-date process for jailbreaking with unc0ver.

Has the latest update resolved all the issues you were having with unc0ver? Drop a comment below letting us know.