Pwn20wnd announced the latest update via Twitter within the past hour, linking to its source page on GitHub in the process: 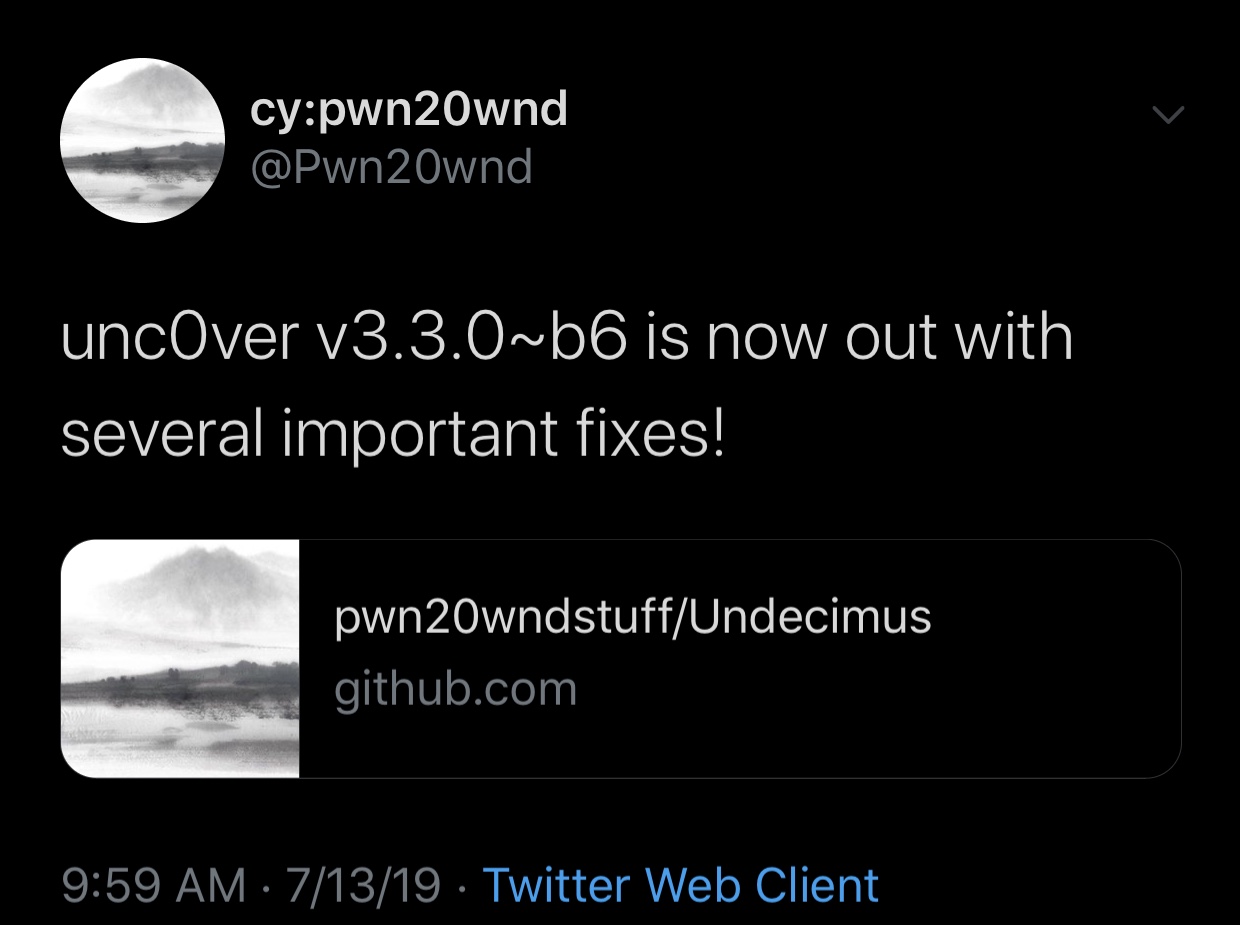 – Make the reliability even better when using the Sock Puppet exploit
– Make jailbreaking with corrupted SystemVersion.plist possible (Requested by a Redditor)
– Fix a faulty kernel patch to prevent random reboots

Just yesterday, Pwn20wnd cited a near-100% success rate for the new Sock Puppet exploit, a feat made possible with software refinements over the past week. From what we can gather, this update further improves the exploit’s reliability, and also improves the jailbreak experience further by preventing random reboots and fulfilling a request by a /r/jailbreak user to make jailbreak with a corrupted SystemVersion.plist file possible.

It’s worth noting that unc0ver’s iOS 12.1.3-12.2 support only encompasses A9-A11 devices, but Pwn20wnd is currently investigating 4K device (A7-A8) support. If you’d like to move forward with the current build of unc0ver, then you download the latest version from Pwn20wnd’s official GitHub repository and follow our in-depth tutorial regarding how to do so.

Have you jailbroken iOS 12.1.3-12.2 yet? If so, what are you thinking of it thus far? Let us know in the comments section below.