The Sileo Team pushed another update for Sileo on Friday with additional bug fixes and improvements, officially bringing the Chimera and Electra-centric package manager up to version 1.1.3.

The Sileo Team announced the update via Twitter early this morning: 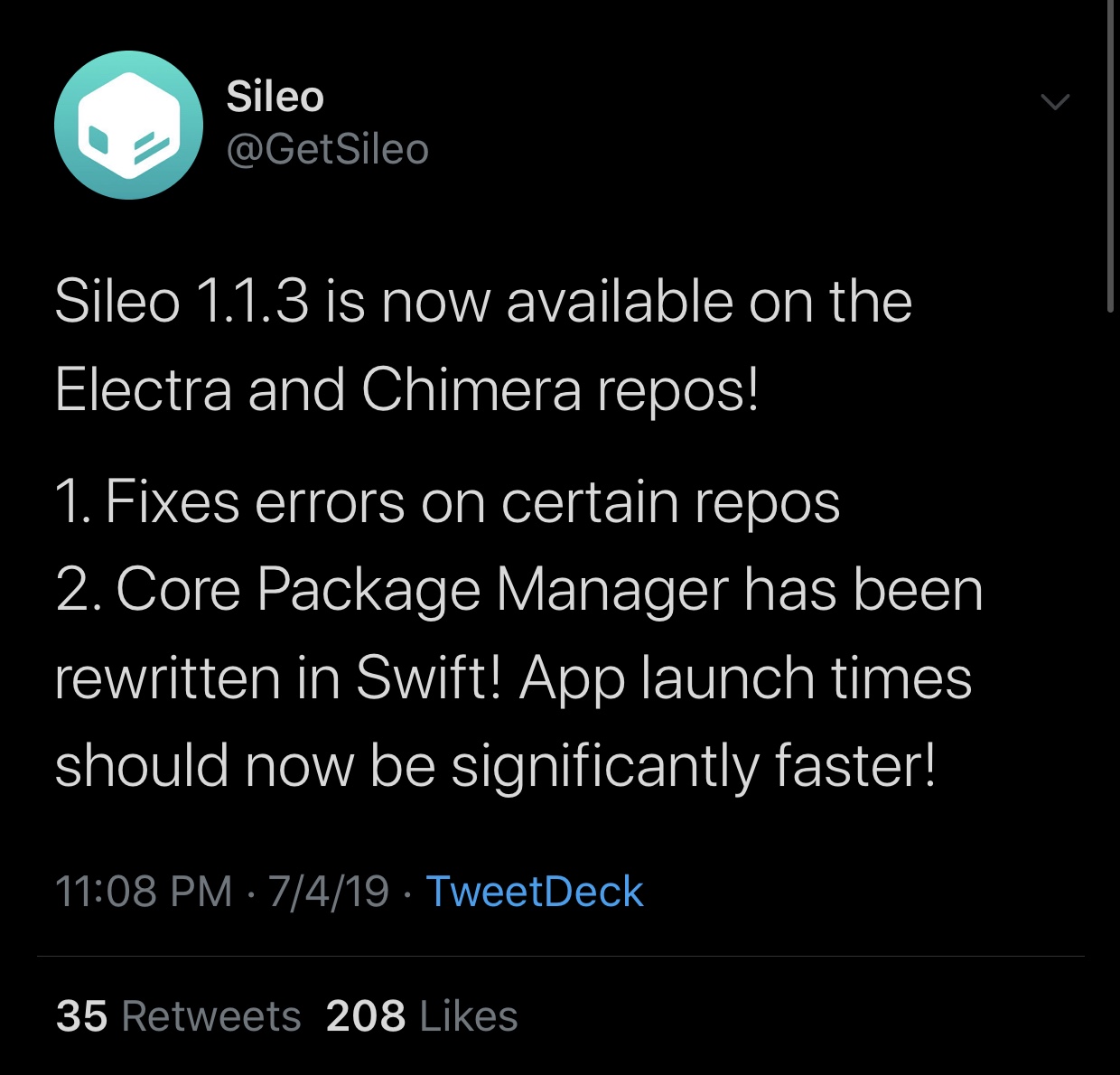 The most significant takeaway in this update is that Sileo’s Core Package Manager has been rewritten in Swift, continuing the Sileo Team’s march forward in adopting support for the Swift programming language. This is significant because it aims to improve the app’s overall efficiency while simultaneously reducing the file size.

Sileo v1.1.3 also brings additional stability for user-added repositories, which should be a welcomed change for anyone who might’ve been experiencing unexplained errors for the past few weeks.

Like most Sileo package manager updates, the latest iteration is available from the default Chimera and Electra repositories on the respective jailbreaks. Sileo is not yet officially supported on Pwn20wnd’s unc0ver jailbreak, but a Sileo Demo can be deployed on non-jailbroken handsets for those who might be interested in trying the new user interface out and seeing how it works.

Have you downloaded and installed the latest version of the Sileo package manager yet? If so, let us know how it’s working for you in the comments section below.