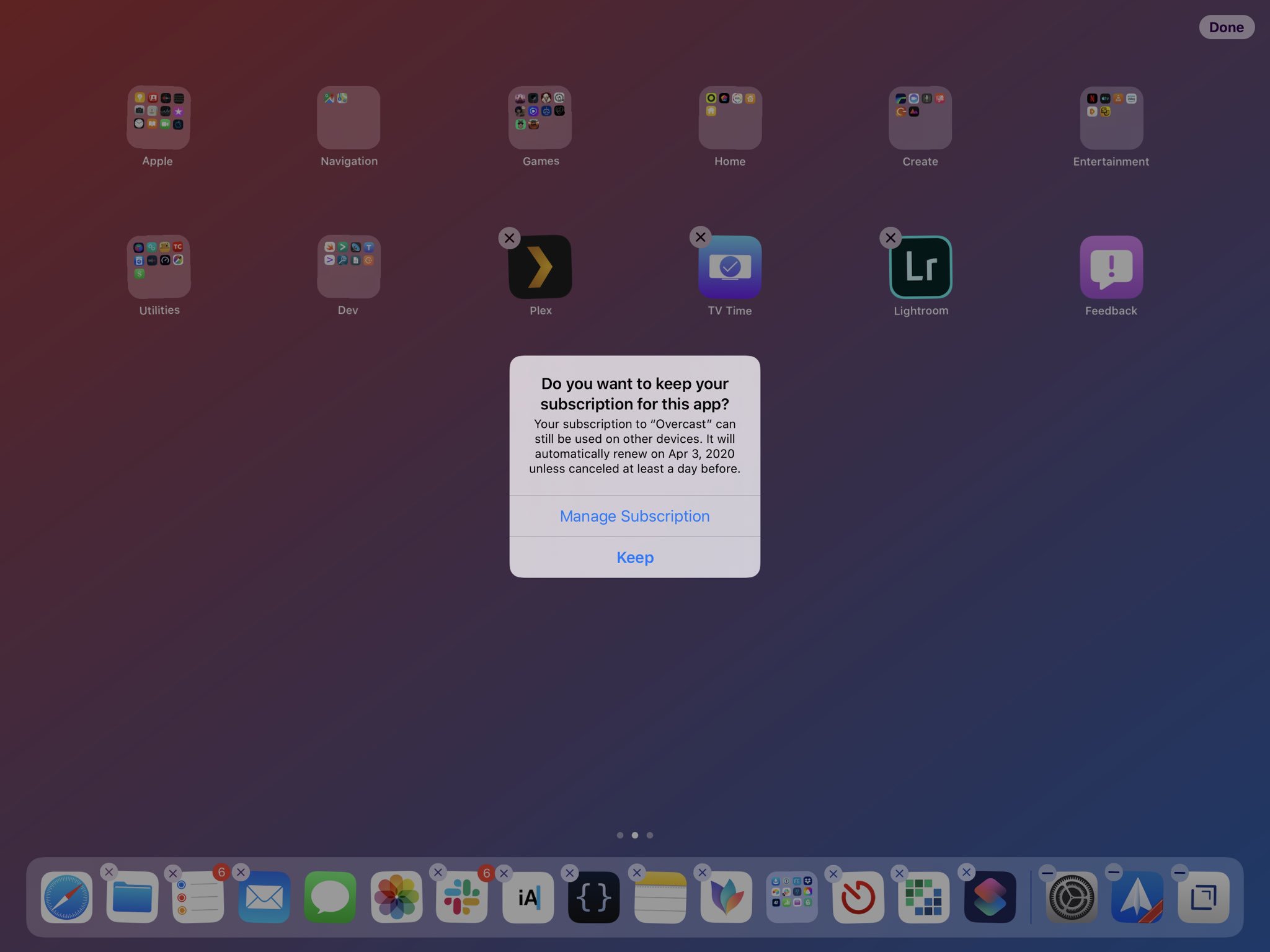 One of the tweaks in the second developer beta of iOS 13 that dropped yesterday is a prompt for when an app you’re trying to delete from an iPhone or iPad has an active subscription.

“Do you want to keep your subscription for this app?,” asks the prompt. “Your subscription to this app can still be used on other devices,” reads the alert text. The warning message includes precise information about when said subscription is set to renew automatically.

It also offers a Manage Subscriptions button to jump to the corresponding sub-section within the Settings app, and Keep, which keeps the subscription for the app being deleted.

While this may seem like an unnecessary feature addition in iOS 13, consider for a moment a bunch of cases of unwanted billing that were in the news not that long time ago because people didn’t read prompts. On top of that, how many people use a subscription-tracking app like Bobby for iPhone to keep track of all the active subscriptions they have?

I know what I’m subscribed to and when my next billing cycles are due, but not everyone does. Keeping those people (who I suspect are in the majority) informed about the active recurring subscription for the app they’re trying to delete could save them from bill shock.

For the rest of us, it’s going to be an additional tap before that app gets wiped out.

What do you think of this feature?