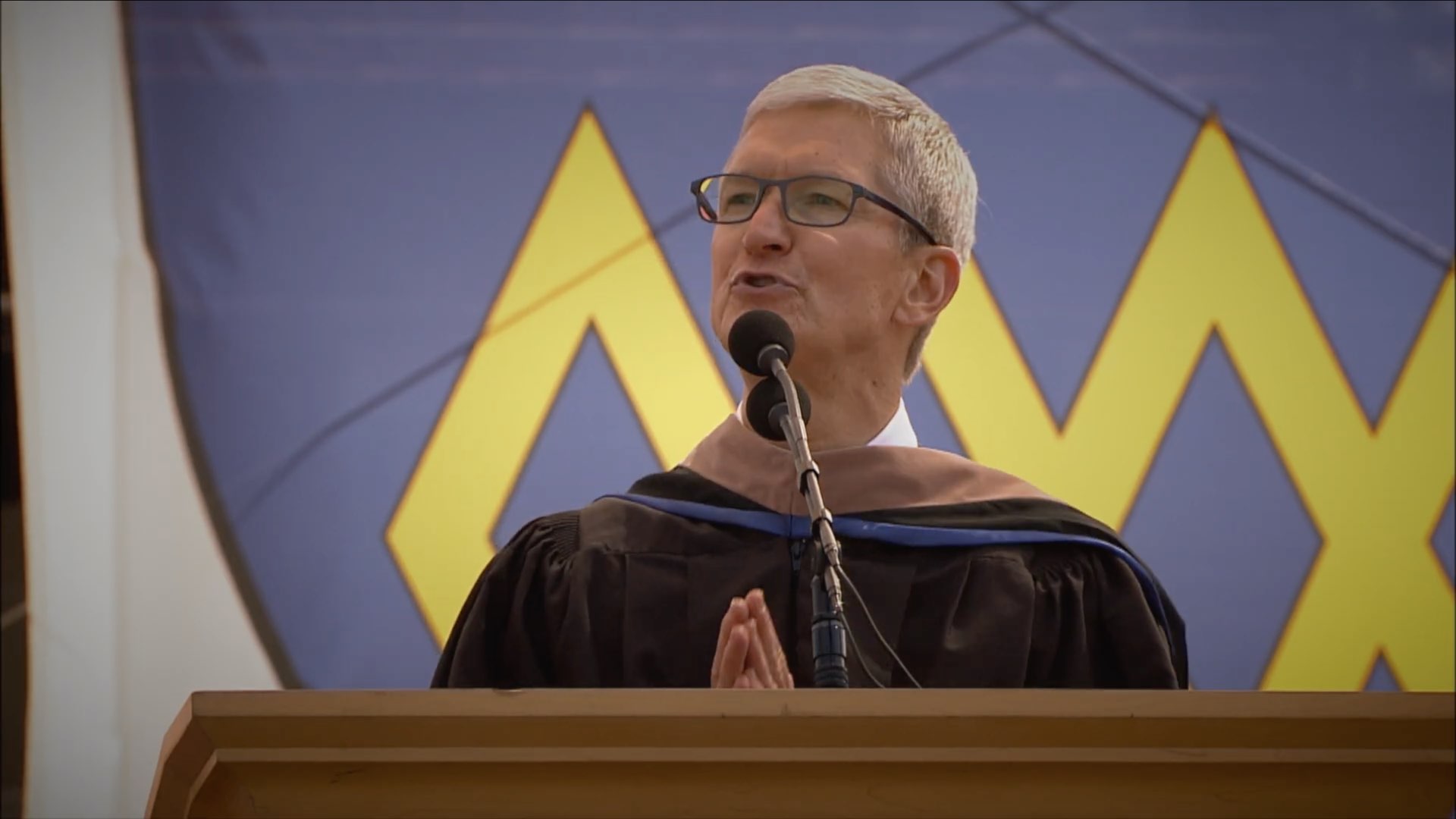 Here are the key excerpts from Cook’s speech.

Similar to his recent public comments on privacy as a human right, Cook reiterated that we should stop listening to people who insist that we must give up privacy in order to continue using free services or that one can claim credit without accepting responsibility. “We see it everyday now, with every data breach, every privacy violation, every blind eye turned to hate speech and fake news poisoning our national conversation,” the Apple CEO underscored.

If we accept as normal and unavoidable that everything in our lives can be aggregated, sold, or even leaked in the event of a hack, then we lose so much more than data.

We lose the freedom to be human.

Think about what’s at stake. Everything you write, everything you say, every topic of curiosity, every stray thought, every impulsive purchase, every moment of frustration or weakness, every gripe or complaint, every secret shared in confidence.

In a world without digital privacy, even if you have done nothing wrong other than think differently, you begin to censor yourself. Not entirely at first. Just a little, bit by bit. To risk less, to hope less, to imagine less, to dare less, to create less, to try less, to talk less, to think less. The chilling effect of digital surveillance is profound, and it touches everything.

What a small, unimaginative world we would end up with. Not entirely at first. Just a little, bit by bit. Ironically, it’s the kind of environment that would have stopped Silicon Valley before it had even gotten started.

On being a builder

He encouraged students to be builders in their lives.

Whatever you do with your life, be a builder. You don’t have to start from scratch to build something monumental.

And, conversely, the best founders, ones whose creations last, and whose reputations grow rather than shrink with passing time, they spend most of their time building piece by piece. Builders are comfortable in the belief that one day their life’s work will be bigger than them. Bigger than any one person. They’re mindful that their effects will span generations. That’s not an accident, and in a way, it’s the whole point.

Cook initially refused to believe that Steve was terminally ill.

When Steve got sick, I had hardwired my thinking to belief that he would get better. I not only thought he would hold on, I was convinced down to my core that he’d still be guiding Apple long after I myself was gone.

Then one day he called me over to his house and told me that it wasn’t going to be that way. Even then, I was convinced he would stay on as chairman. That he would step back from the day-to-day, but always be there as a sounding board. But there was no reason to believe that. I never should have thought it. The facts were all there. And when he has gone, truly gone, I learned the real visceral difference between preparation and readiness. It was the loneliest I’ve ever felt in my life by an order of magnitude.

It was one of those moments where you can be surrounded by people, yet you don’t really see, hear, feel them. But I could sense their expectations. When the dust settled, all I knew was that I was going to have to be the best version of myself that I could be. I knew that if you got out of bed every morning and set your watch by what other people expect or demand, it’d drive you crazy. So what was true then is true now. Don’t waste your time living someone else’s life. It takes too much mental effort; effort that should be dedicated to creating or building.

On life and death

Cook said he never felt lonelier in his life than after being named Apple’s CEO shortly before Jobs’s passing, saying “your mentors may leave you prepared, but they can’t leave you ready.”

Graduates, the fact is, when your time comes, and it will, you’ll never be ready. But you’re not supposed to be. Find the hope in the unexpected. Find the courage in the challenge. Find your vision on the solitary road.

There are too many people who want credit without responsibility Too many who show up for the ribbon cutting without building anything worth a damn. Be different. Leave something worthy. And always remember that you can’t take it with you.

You’re going to have to pass it on.

“That brings me to my last bit of advice,” he continued.

“Fourteen years ago, Steve stood on this stage and told your predecessors, ‘your time is limited, so don’t waste it living someone else’s life.’ Here’s my corollary: You mentors may leave you prepared, but they can’t leave you ready.”