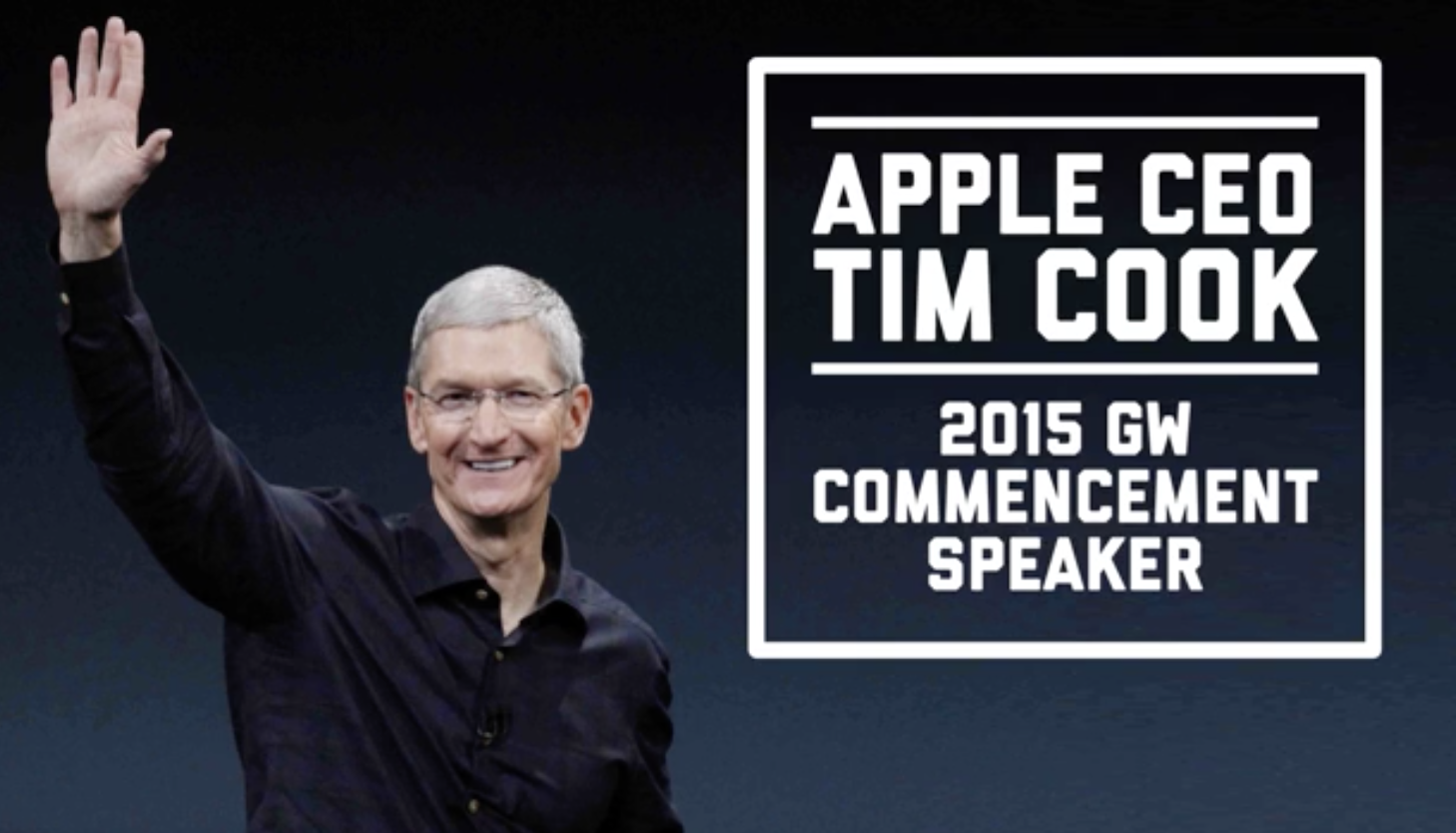 “I am delighted that Tim Cook has accepted our invitation to give this year’s commencement address,” University President Steven Knapp said. “I know our graduating students will be inspired and enlightened by his reflections on the lessons he has garnered from his distinguished career.”

Cook’s invitation was suggested by GW students during the nomination process, and in addition to speaking, he’ll also be receiving an honorary “doctorate of public service.” Past commencement speakers include First Lady Michelle Obama and former United States President George H.W. Bush.

It’s not the least bit surprising that Cook would be asked to deliver such a speech. The CEO has been on an impressive run in recent years, getting named the Financial Times’ Person of the Year in 2014, introducing a slew of new Apple gadgets last fall, and driving shares of AAPL to all-time highs.

In 2005, Steve Jobs gave the commencement address at Stanford’s graduation, and it went on to become one of his most famous speeches.