The Electra Team released an updated version of the Chimera jailbreak tool for iOS 12.0-12.1.2 just this morning with significant speed improvements regarding the jailbreak process (the point where the tool exploits your device); but the fun isn’t stopping there.

Shortly after releasing the latest version of Chimera, the CoolStar-led Sileo Team launched an updated iteration of the Sileo Package manager with bug fixes and improvements.

The Sileo Team announced the update just this morning via Twitter, noting that Sileo version 1.0.9 would bring the following improvements to users: 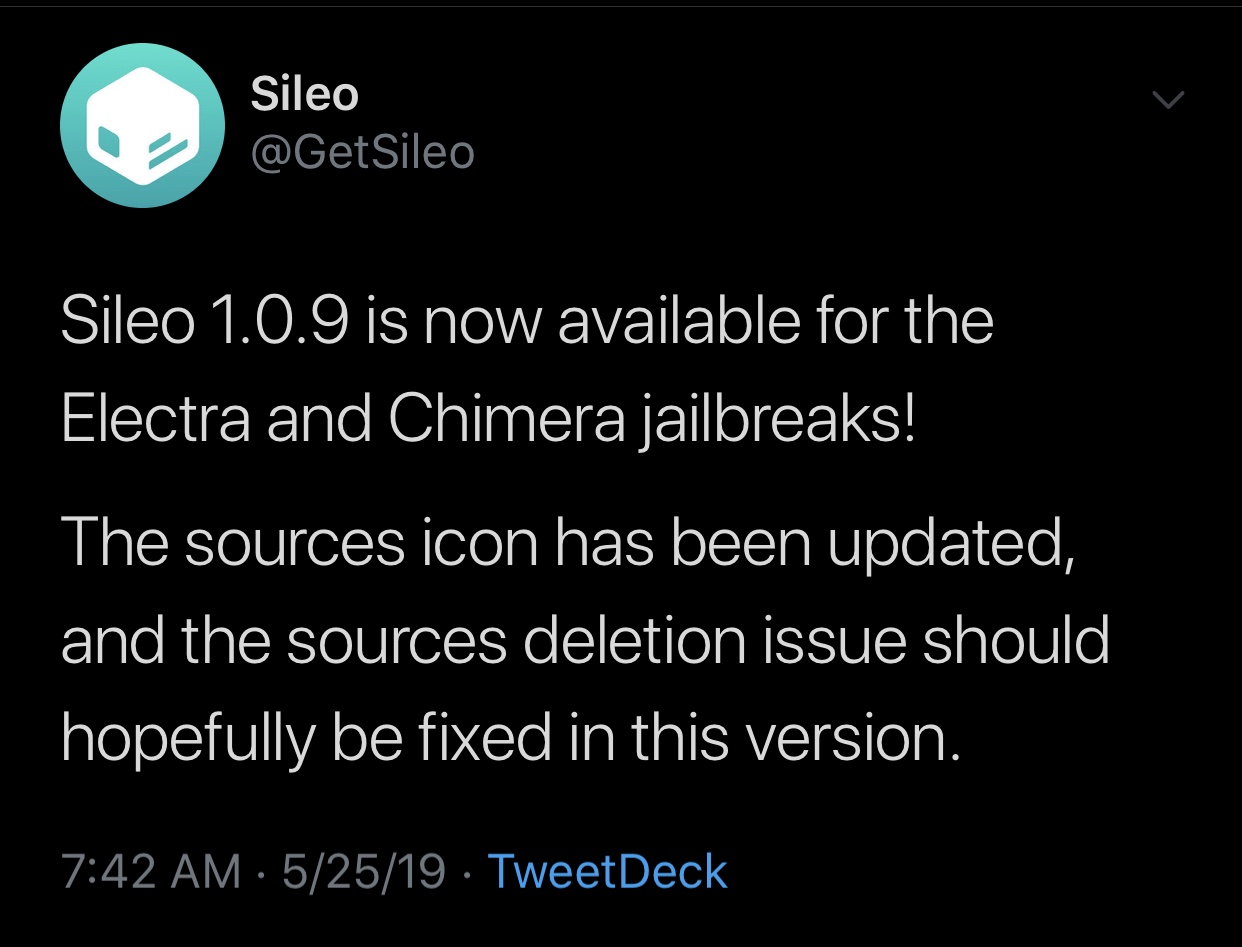 Perhaps unsurprisingly, the newest Sileo release is exclusively available on the Electra Team’s Chimera and Electra jailbreaks via the default repository that comes pre-installed in Sileo on each. Users need only refresh their sources to find the updated version of Sileo.

It remains to be seen when the Sileo Demo for non-jailbroken devices will be updated to reflect the latest Sileo changes. Likewise, there’s no ETA regarding the official project spearheaded by iOS developer LaughingQuoll to bring Sileo to other jailbreaks, such as Pwn20wnd’s unc0ver.

Has the latest version of Sileo resolved any problems you were experiencing with the package manager? Let us know in the comments section below!