The Sileo Team announced both the updates just this morning via Twitter, noting some of the changes that would come in each update: 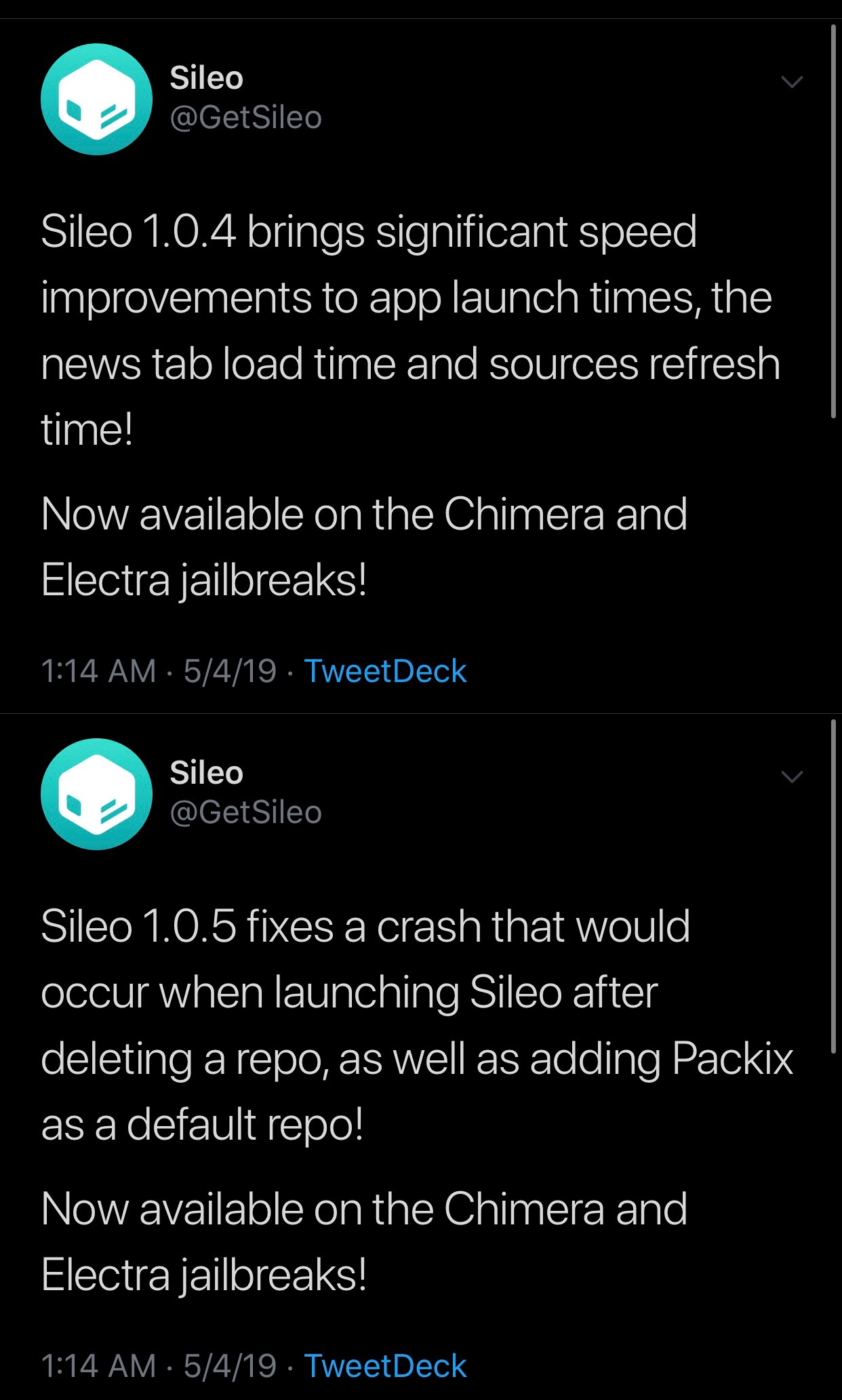 The full changelog below:

Those jailbroken with the Electra Team’s Chimera or Electra tools will find this update in the Sileo app upon refreshing their installed sources.

Notably, LaughingQuoll and other developers are working on a new version of Sileo that will run on other jailbreaks, such as Pwn20wnd’s unc0ver tool, and the Sileo Demo for non-jailbroken devices should soon be made available for testing for everyone else.

If you’ve installed the latest Sileo updates, how are they working for you? Let us know by dropping a comment about it below.