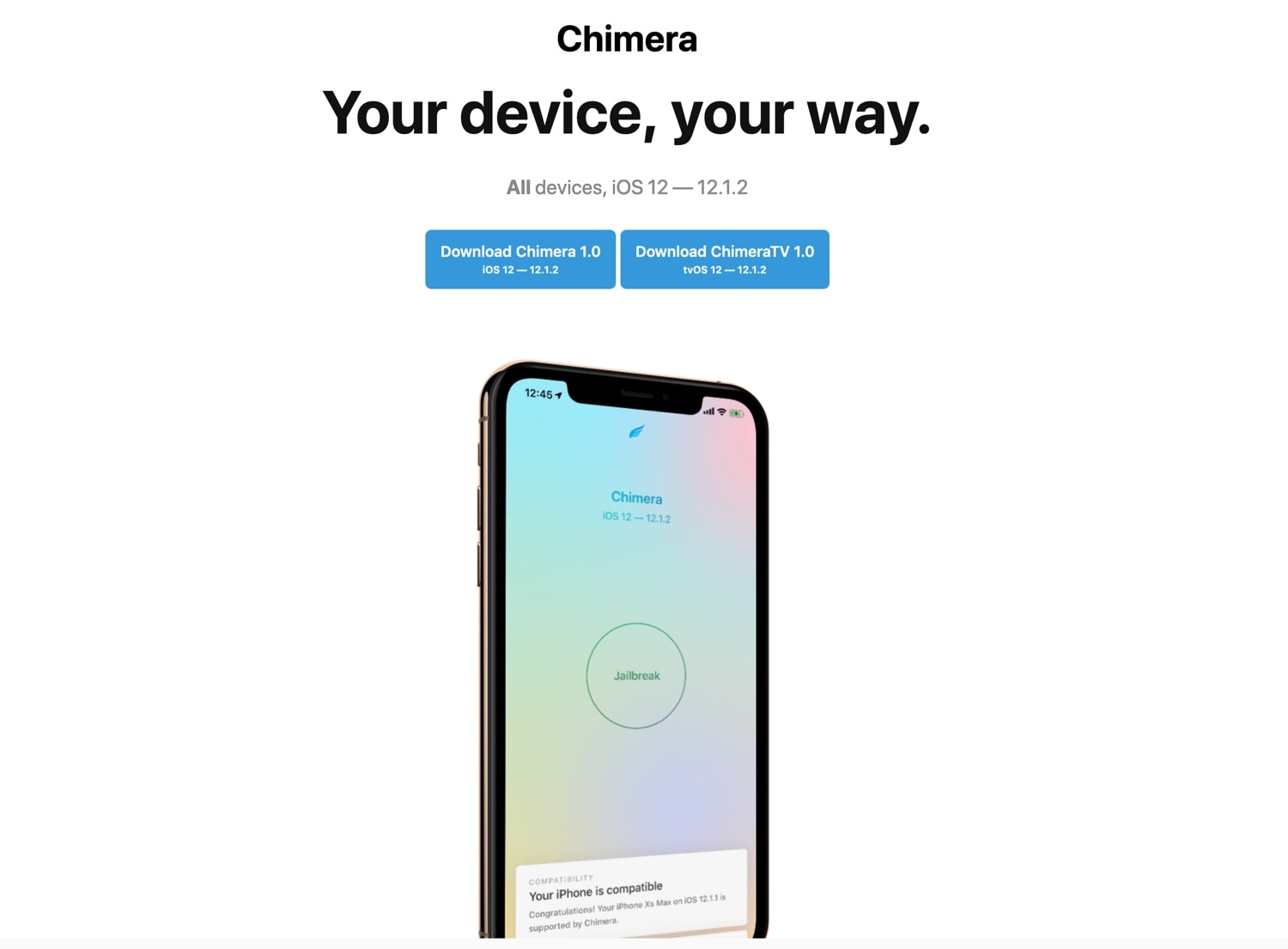 The Electra Team released two consecutive updates for the brand-new iOS 12-centric Chimera jailbreak tool on Saturday, with the first update being version 1.0.3 and the second being version 1.0.4 just a few hours later.

The Electra Team announced each of the updates just this morning via Twitter, adding that they would bring noticeable improvements to all Chimera jailbreak users: 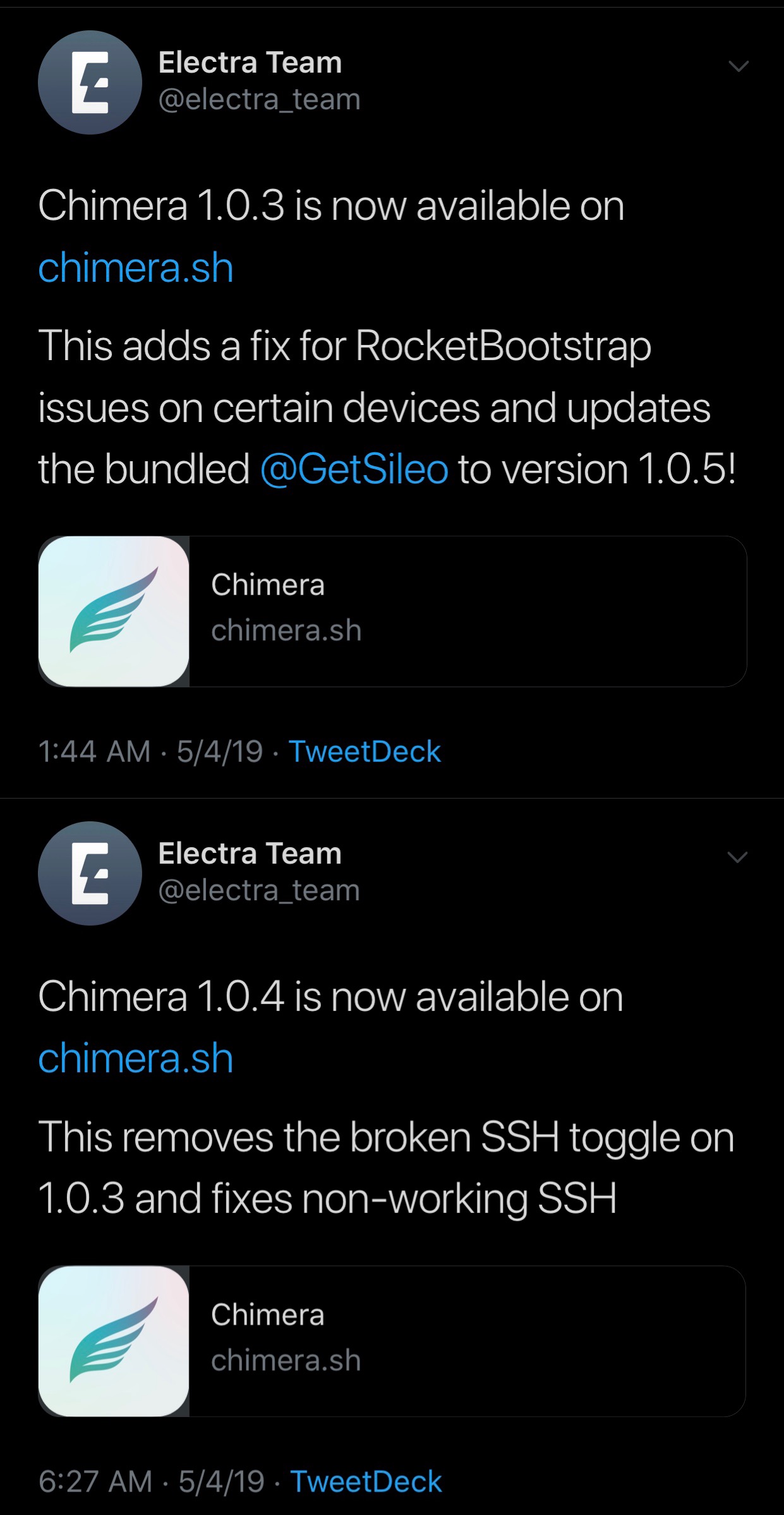 As it would seem, each of the Chimera updates bring the following changes:

– Add a fix for RocketBootstrap on certain devices
– Update the bundled Sileo version to 1.0.5

If you’re already using an older version of the Chimera jailbreak tool, then it would be in your best interest to re-jailbreak with the latest version to ensure that you can take advantage of the latest bug fixes and improvements.

Chimera version 1.0.4 can be downloaded from the official Chimera website and need only be side-loaded onto your device and deployed to update the jailbreak.

How are the latest Chimera updates treating you? Let us know by dropping a comment describing your experience below.