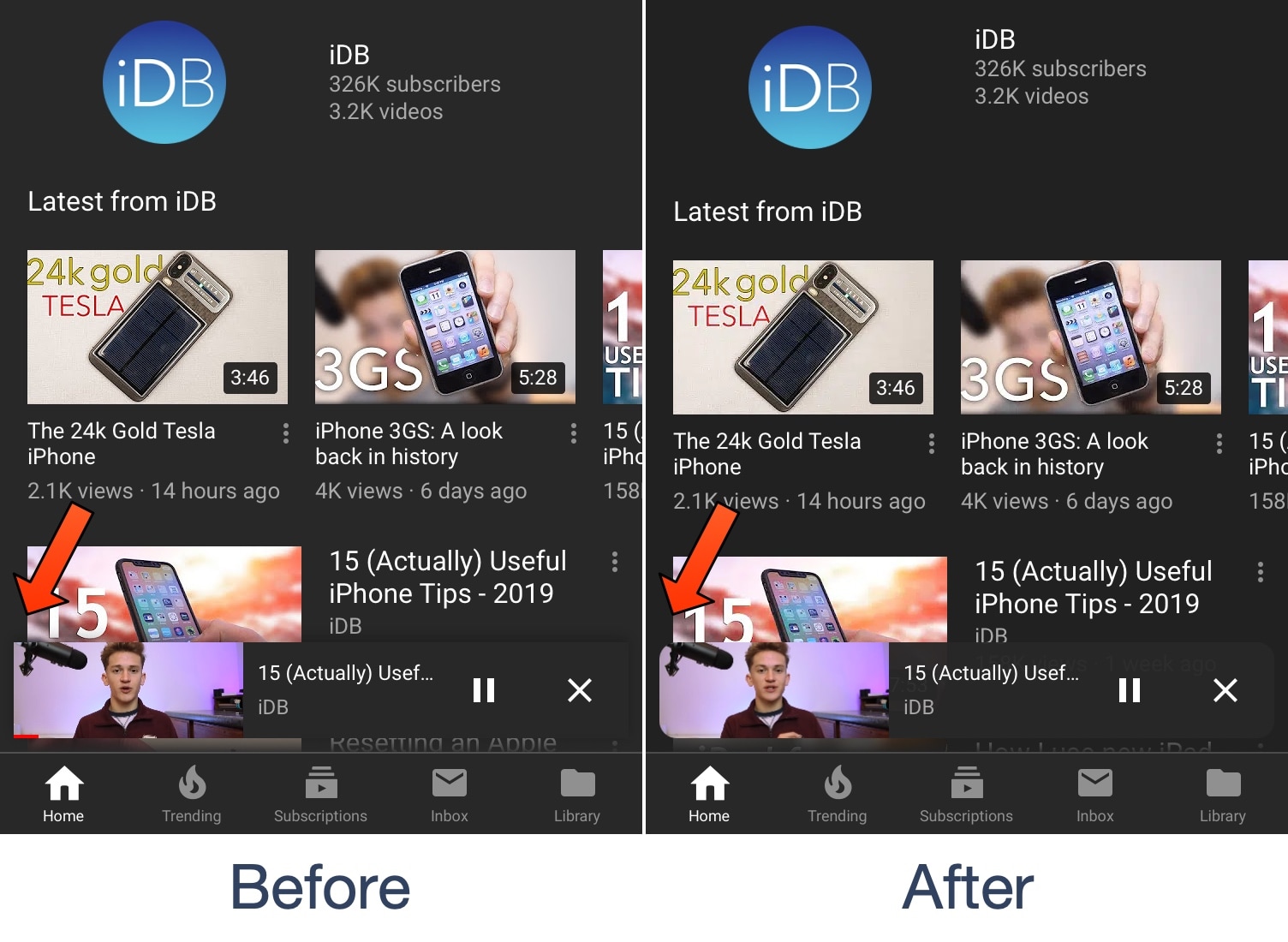 The official YouTube app is a must-have for many iPhone owners, whether they’re jailbroken or not. But if you do happen to be jailbroken, then you just might enjoy the freedom of customizing the YouTube app experience beyond what’s possible on a stock device.

A new free jailbreak tweak dubbed YTMiniBarX by iOS developer Wh0ba serves as a great example of this. As depicted in the screenshot examples above, this tweak applies a rounded corner mask to the YouTube mini bar to make it more aesthetically enjoyable.

Despite how trivial the modification seems to be at first glance, it brings uniformity to one of the most popular apps available on the iOS platform today. Several interfaces in iOS have been designed with rounded corners in mind, including app icons, Control Center modules, and widgets, among other things. Unfortunately, Google never took that into consideration when designing the YouTube app for iOS, and consequently, the app’s square-cornered mini bar seems to be the elephant in the room.

Rounded corners are the future, evident by the design principles found in most of Apple’s latest mobile devices like the iPhone XR/XS/XS Max and 2018 iPad Pro, so shouldn’t the YouTube app hop on board? With no options to configure, YTMiniBarX provides you with this modernized aesthetic right now, and the best part is that you won’t need to wait for Google to implement it natively.

If you’re interested in trying YTMiniBarX, then you can download it for free from Cydia’s wh0ba repository. The tweak works on all jailbroken iOS 10 and 11 devices with the official YouTube app installed on them.

If you aren’t already using the Wh0ba repository, then you can follow our step-by-step tutorial to add it to Cydia. The repository URL is as follows:

Do you care if your YouTube mini player sports rounded or square corners? Share your thoughts in the comments section below.