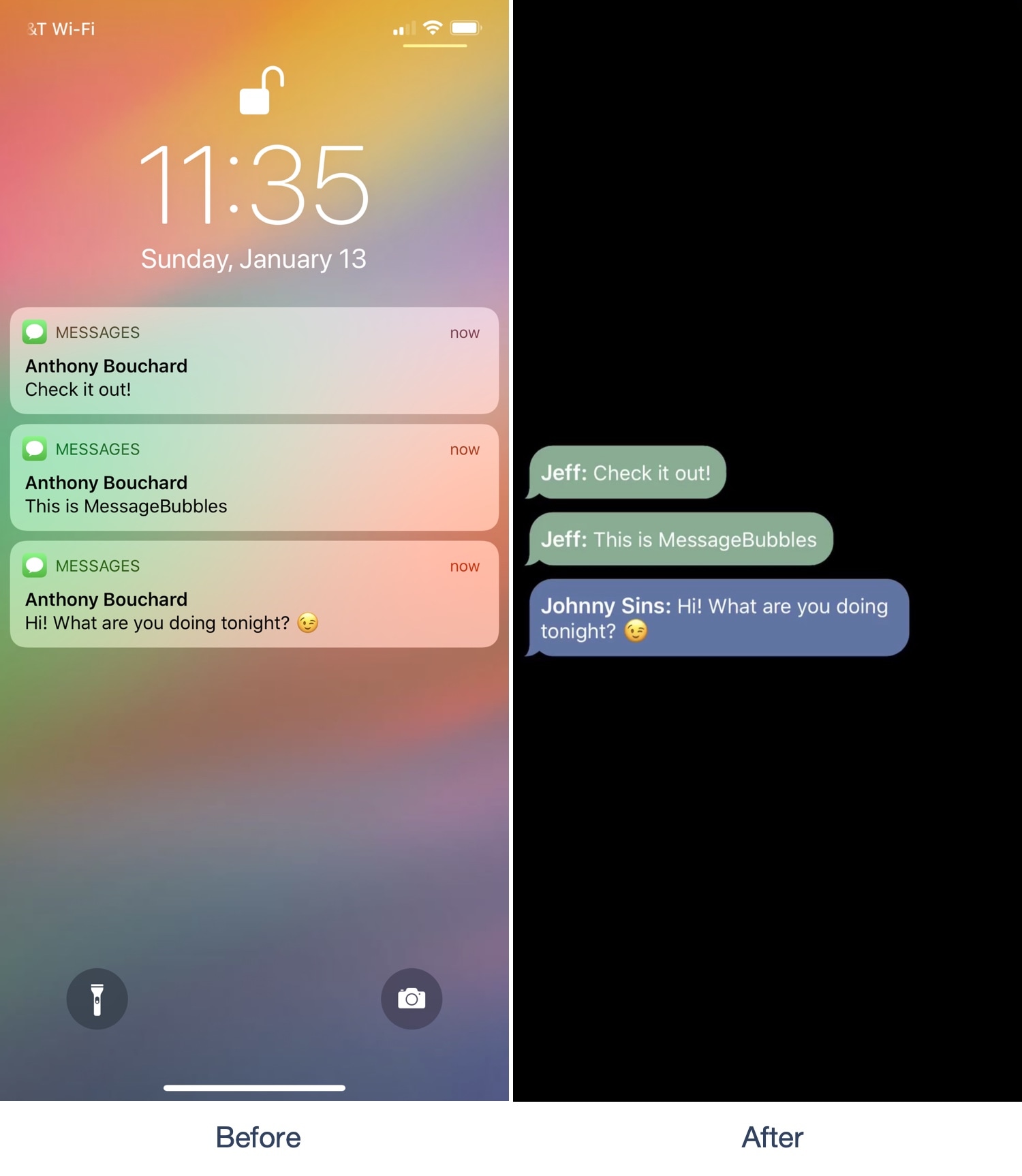 If you own an iPhone, then a significant percentage of your usage likely comprises of text messaging. Notifications for incoming messages typically stack up on the Lock screen until you acknowledge them, but if you fancy something that looks nicer, then you might appreciate a new jailbreak tweak called MessageBubbles by iOS developer Kurrt.

As the name implies, MessageBubbles replaces the Lock screen’s standard notification system with a unique message bubble-centric animation. In the screenshot example above, you’ll see how the background stays black as message bubbles from various apps roll into view. You’ll also notice how the message bubbles are color-matched to the app they originate from. This particular combination looks great on OLED displays, but also works on LCD displays.

After you’ve installed MessageBubbles, you’ll find a preference pane in the Settings app where you can configure the tweak how you want: 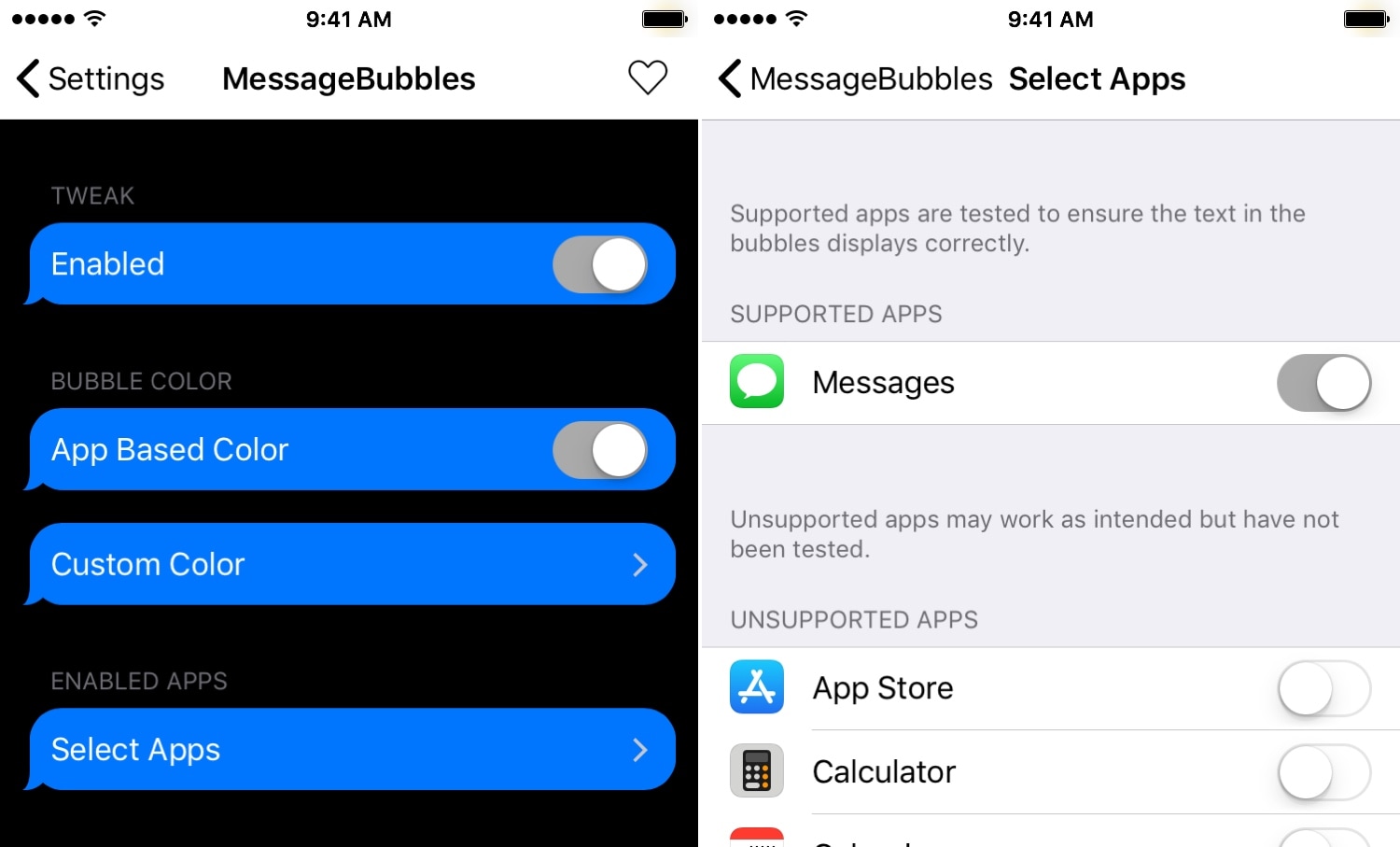 These options are flexible enough that they can suit just about anyone; whether you prefer fine-tuning everything yourself or letting the tweak colorize everything automatically, MessageBubbles has you covered. It’s also handy to have control over which apps the tweak impacts.

Right out of the box, MessageBubbles supports popular messaging platforms such as Apple’s Messages, Facebook Messenger, and WhatsApp Messenger. The tweak also plays nicely with various jailbreak tweaks, such as ShortLook, InteliX, and Notchifications. Other apps and tweaks may also play nicely with MessageBubbles but aren’t officially supported at the time of this writing.

If you’d like to give MessageBubbles a try, then you can download it for free from Cydia’s BigBoss repository. Upon downloading MessageBubbles, you’ll need to purchase a license from its preference pane for $1.99.

Note: MessageBubbles is intended for jailbroken iOS 11 devices only. Some users have reported SpringBoard crashes after installing MessageBubbles; if you do, contact the developer on Twitter or via email to help him isolate and resolve the issue.

What are your thoughts about MessageBubbles when compared with iOS’ stock notification system? Discuss in the comments section below.