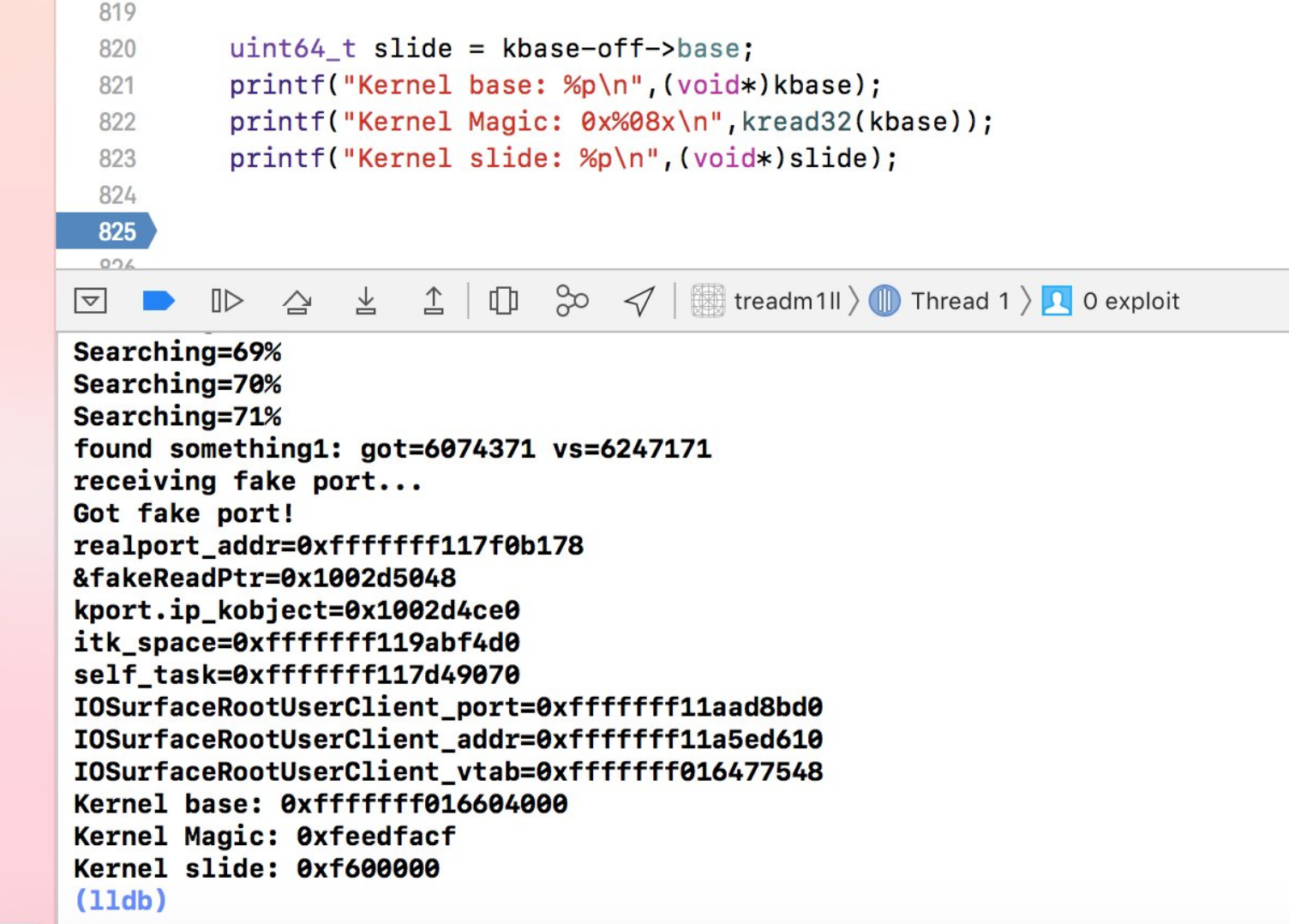 If you’ve been waiting patiently on iOS 11.4-11.4.1 for a jailbreak to surface, then you might be in for a treat. Hacking guru tihmstar appears to be tinkering with an exploit that supports these firmware versions, at least on specific devices.

A Tweet shared by tihmstar Tuesday evening denotes how the exploit in question supports iOS versions up to 11.4.1; on the other hand, it also relies on the headphone jack. This caveat means that some devices, like those powered by Apple’s A10 and A11 chips, aren’t supported: 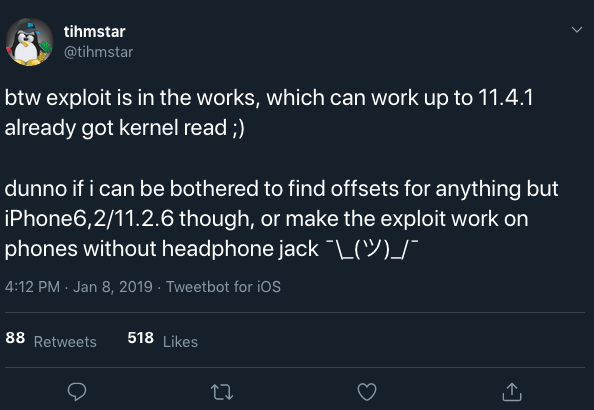 In another Tweet shared Thursday morning, tihmstar divulged that he “got kernel base” after playing around with the exploit on his own: 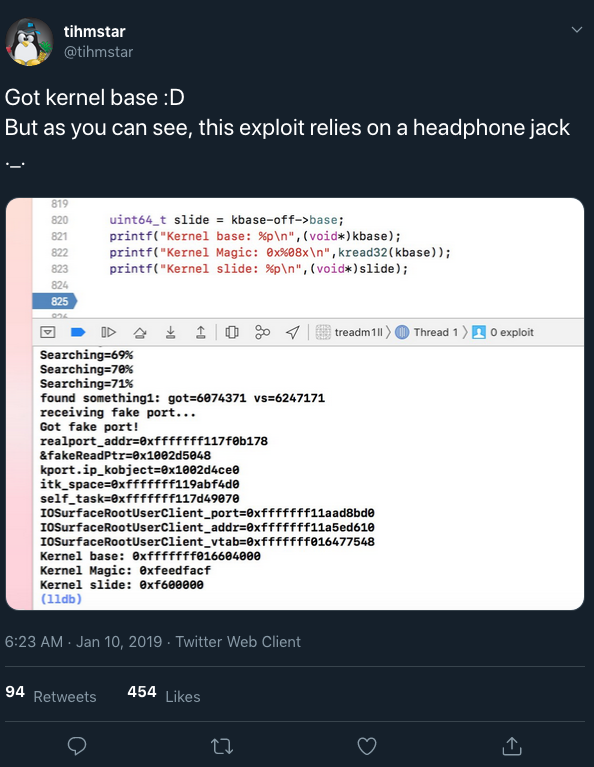 As it would seem, tihmstar has achieved read rights to device’s kernel thus far, but more work is needed to produce offsets and write rights. It remains to be seen whether tihmstar will attempt to integrate support for unsupported devices at this time.

While these announcements are a far cry from a public jailbreak release for iOS 11.4 and 11.4.1, it’s still a step in the right direction. It’s also comforting to know that a trusted name in the jailbreak community is actively researching the possibility of a jailbreak for these firmware versions, regardless of device support.

The latest public jailbreaks available at the time of this writing are Electra and unc0ver, but they only support iOS 11.0-11.4 beta 3. If successful, then tihmstar’s newfangled efforts will provide more iOS 11 users with access to a jailbreak (assuming they have a compatible device handy).

Those using iOS 12 instead will need to continue waiting. While there’ve been several captivating iOS 12-centric exploit announcements in recent memory, there is no official word of anyone working on an iOS 12 jailbreak as of yet.

As prominent members of the jailbreak community have expressed previously, anyone eager to jailbreak should stay on the lowest possible firmware instead of installing Apple’s frequent firmware updates. Updates tend to patch the exploits that can help hackers achieve a working jailbreak, and installing them reduces your chance of being able to jailbreak in the near future.

Are you excited to see what becomes of tihmstar’s iOS 11.4-11.4.1-centric work? Let us know in the comments section below.

Tags A7 A8 A9 Exploit Firmware Hack iOS 11
Featured Stories