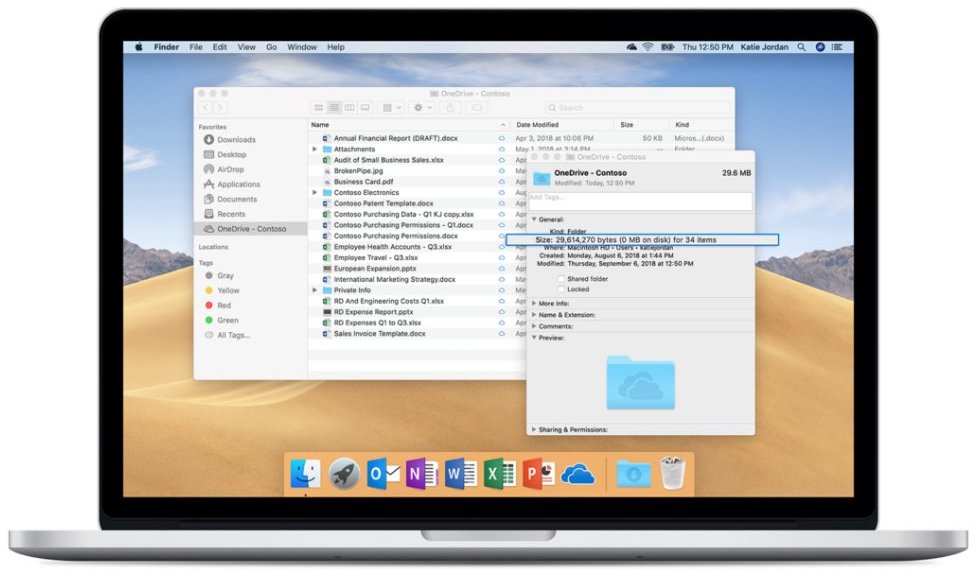 Microsoft’s Files On-Demand feature today started rolling out to OneDrive for Business customers on macOS. Files On-Demand lets you access all your files in OneDrive without having to download all of them. Your stuff is instead downloaded as needed, which saves precious storage space on your device.

As first spotted by Twitter user Tero Alhonen, this update is now rolling out to production OneDrive sync client users. It’s a staggered release, meaning it’s unclear exactly how long it will take before Files On-Demand is available to everyone.

When you turn on Files On-Demand, you’ll see all your files in the Finder and get new information about each file. New files created online or on another device appear as online-only files, which don’t take up space on your device. When you’re connected to the Internet, you’ll be able to use the files like every other file on your device.

Files On-Demand lets you selectively pick folders and files that you’d like to always keep fully accessible on your device in offline mode. That way, those cherry-picked items won’t be downloaded every time you open them.

While Files On-Demand is available in OneDrive for Business, there was no word at press time if the regular consumer edition of OneDrive that’s available to Office 365 subscribers might be getting this feature, too.