Moments after we published a story about the unc0ver v2.1.0 pre-release receiving its eleventh revision, hacker Pwn20wnd publicly released unc0ver v.2.1.0, officially bringing it out of its “pre-release” stages.

This is arguably one of the most significant updates to the unc0ver jailbreak tool to date, and Pwn20wnd made the official announcement via Twitter just minutes ago as of this writing: 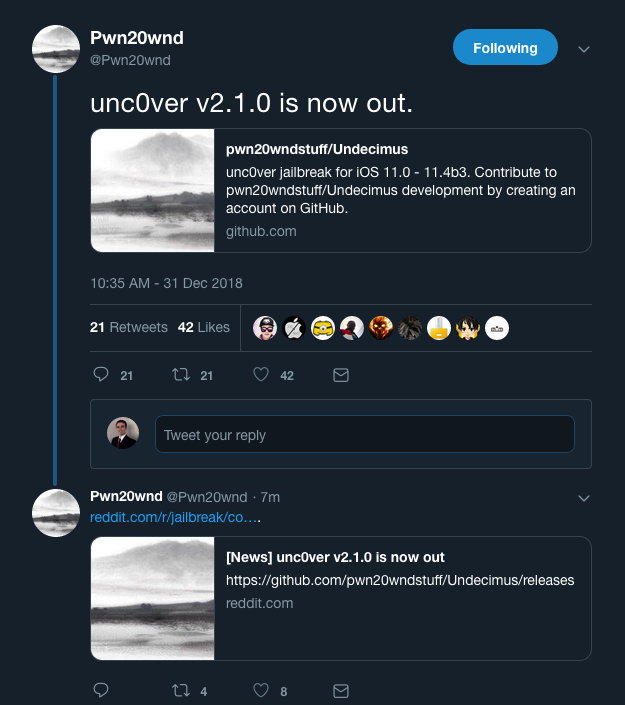 There are no notable changes from the eleventh v2.1.0 pre-release to the official release, which denotes how unc0ver v2.1.0 is now stable enough to be used by the masses. The timing couldn’t have been better given how Saurik just recently thwarted a significant bug in Cydia Substrate.

Just as with previous versions of the unc0ver jailbreak tool, it’s available for download from Pwn20wnd’s official GitHub repository.

Have you downloaded and used the official unc0ver v2.1.0 release yet? Let us know how it worked for you in the comments section below.