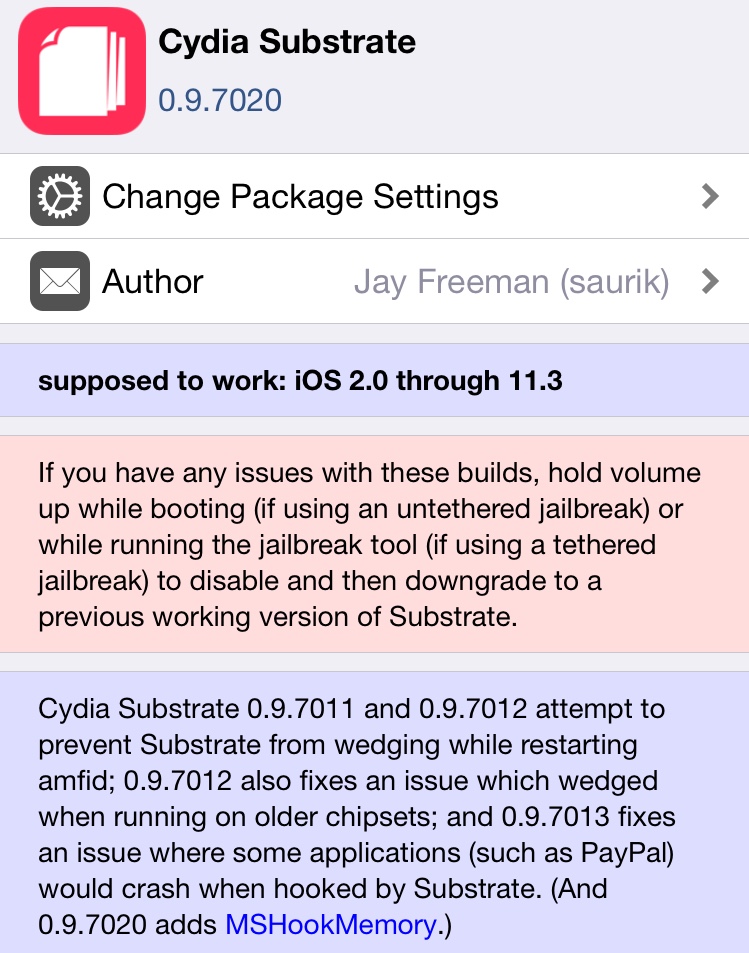 It was just two weeks ago that Saurik (Jay Freeman) released an official update for Cydia Substrate with full support for the unc0ver jailbreak on iOS 11, but as you might have noticed, there’ve been some issues surrounding the release.

Cydia Substrate has received several updates since the initial release, primarily to fix ‘freezing’ and ‘respring looping’ issues that some users experienced after updating, but older handsets like the iPhone 5s and iPhone 6 continued to exhibit unexplained instability.

Hacker Pwn20wnd, who was working with Saurik to help troubleshoot the issue, apprised the community of what was new in each Cydia Substrate update via Twitter as they dropped: 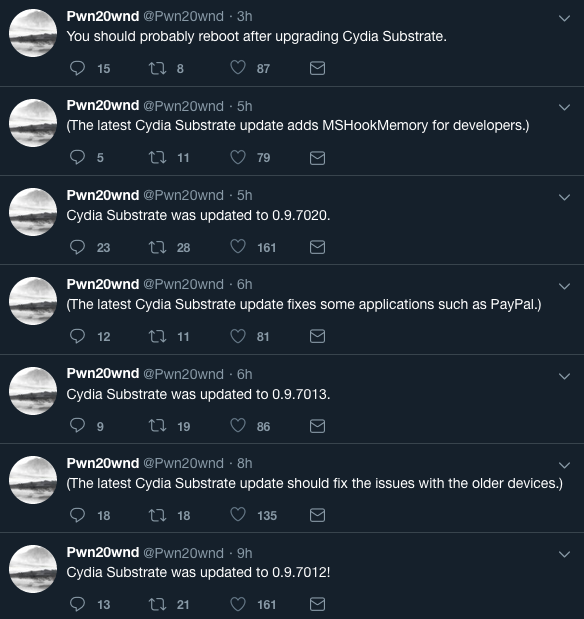 We’ve outlined those changes for your convenience below:

– Fixes the instability problem with older devices, such as the iPhone 5s and iPhone 6

As of this writing, Cydia Substrate version 0.9.7020 is the latest release available and is recommended for anyone with a jailbroken iOS 11 device via unc0ver. Workarounds also exist for the Electra jailbreak to replace Substitute with Cydia Substrate; however, this setup isn’t officially supported on Saurik’s end, and you therefore use it at your own risk.

If you’re already using Cydia Substrate, then you can refresh your sources in Cydia to view and install the update; otherwise, you’ll need to add the following repository to Cydia to download it:

Are you happy to see Saurik responding to bug reports with new and improved releases? Share in the comments section below.