Hacker Pwn20wnd began the pre-release train at the end of November with unc0ver v2.0.0, but public testing quickly died down after a few iterations helped squash bugs. Consequently, unc0ver v2.0.1 was released mere days ago to bring the tool out of its ‘pre-release’ stages.

As of Thursday, however, Pwn20wnd launched another unc0ver pre-release for public testing; this time with the version number 2.0.2. Pwn20wnd made an official announcement about the new pre-release this afternoon via his Twitter account: 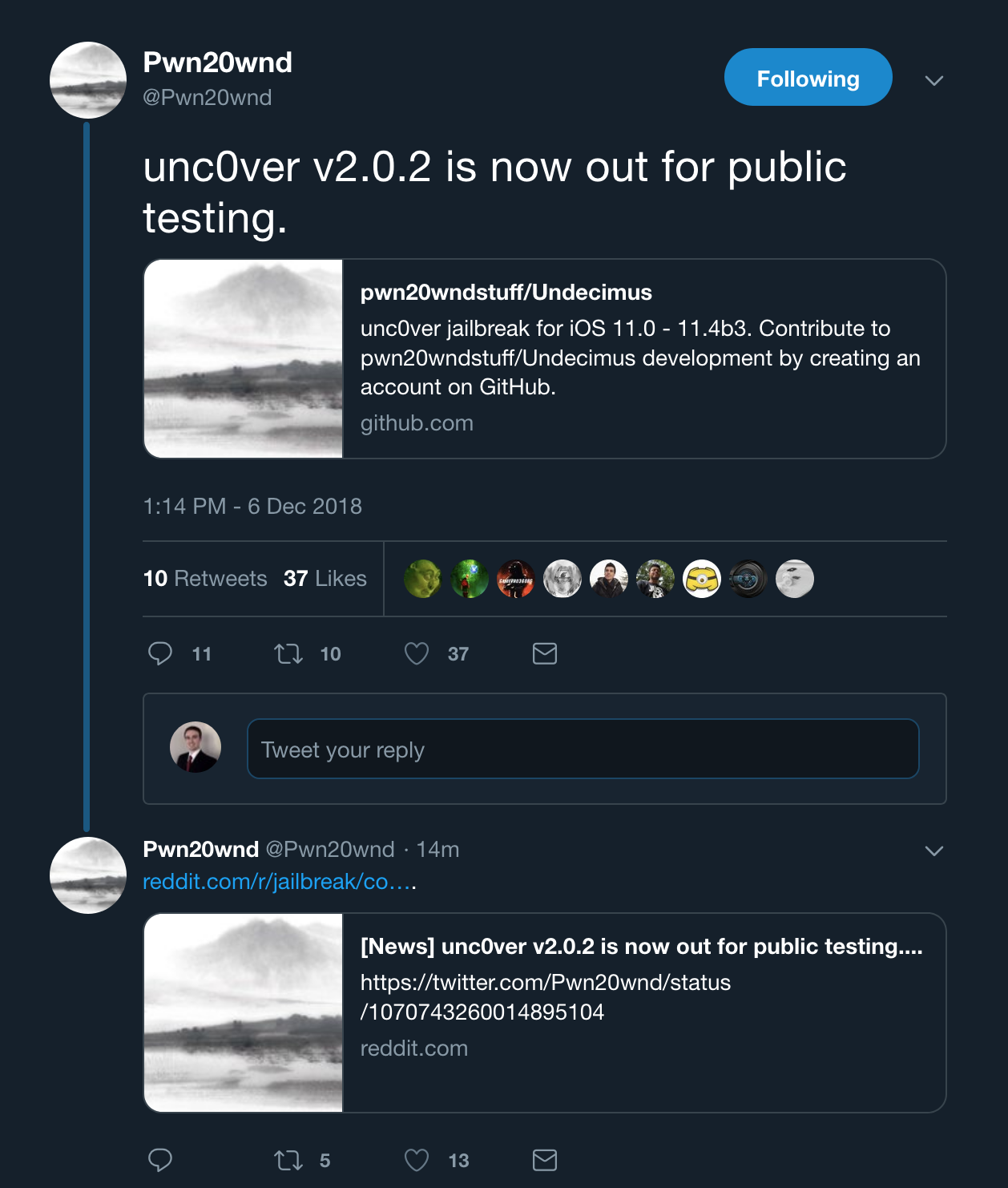 While the updated unc0ver pre-release is available to anyone, it should be treated as a beta. We recommend holding out until the final release unless you’re an advanced user and know exactly what you’re doing.

Apparently, the most significant feature in this unc0ver pre-release is the new technique intended to prevent revokes on jailbroken handsets. According to iOS developer Jake James, this technique should stop revokes once and for all while simultaneously providing additional perks such as not disturbing Apple-related services on the device like FaceTime, iMessage, etc.: 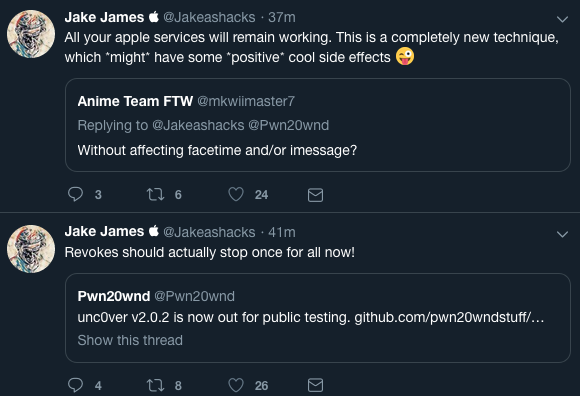 Just like with the unc0ver v2.0.0 pre-release, we expect that Pwn20wnd will launch a final release in the coming days if no significant bugs are reported. For now, the public pre-release is available to download in the releases section of Pwn20wnd’s GitHub repository.

Unc0ver is a semi-untethered jailbreak just like Electra, which means you need to re-run the tool after every reboot. That aside, it encompasses a newer Saurik-approved version of the Cydia Installer that runs better on iOS 11.

Have you downloaded the unc0ver v2.0.2 pre-release yet? If so, be sure to let us know how it worked for you in the comments section below.