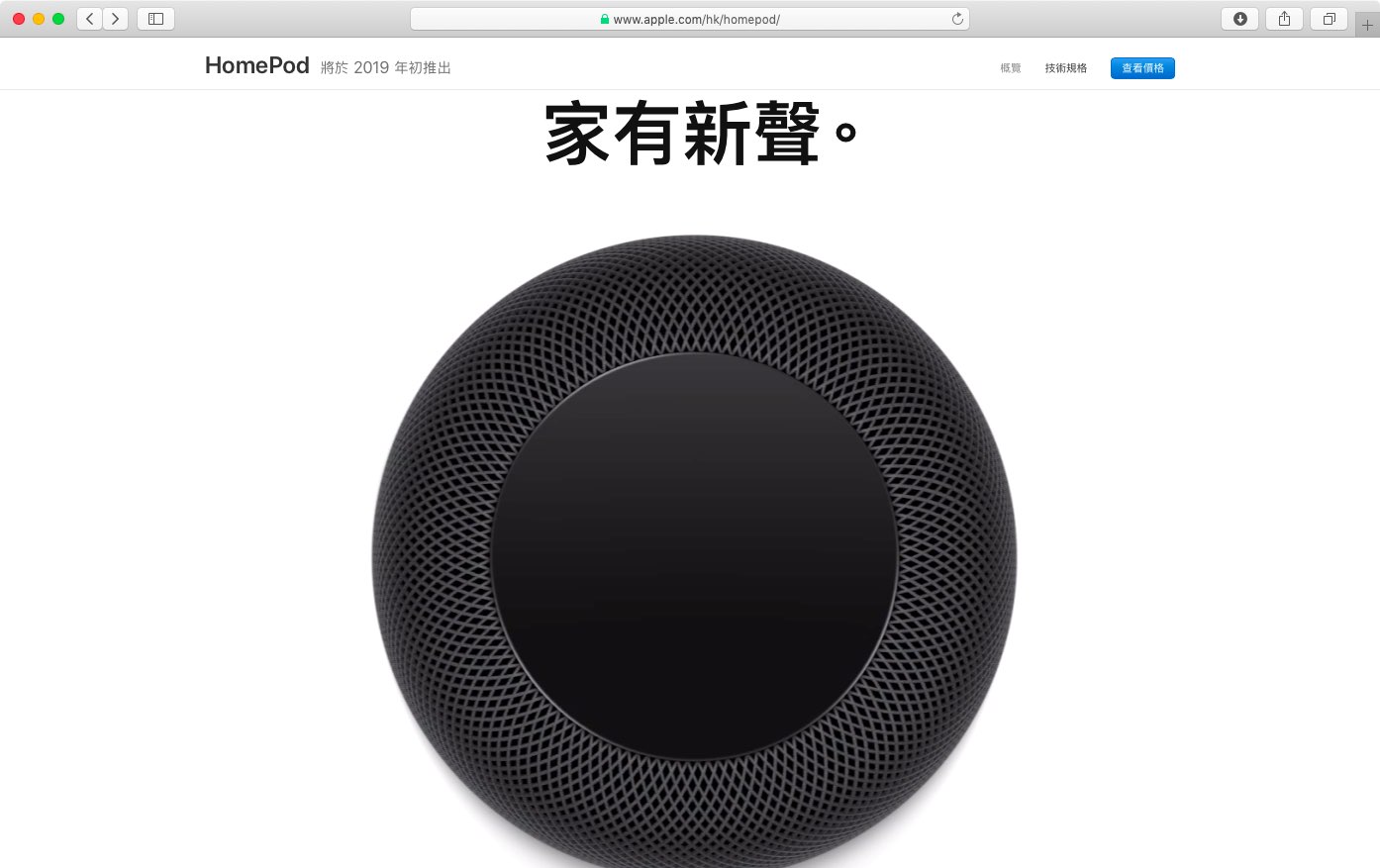 It’s official, HomePod is launching in mainland China and Hong Kong in early 2019.

That’s according to the freshly updated webpages for the Siri-driven speaker in China and Hong Kong. In other words, HomePod is launching in these countries by Spring 2019.

Available in White and Space Gray, the wireless speaker will retail in China for RMB 2,799 and in Hong Kong for HK$2,799. Both sums convert to approximately $360 in US dollars. By comparison, Apple sells HomePod in the United States for $349.

TUTORIAL: Getting to know what the HomePod status lights mean

Apple this morning released the new HomePod 12.1.1 software which includes regional support for mainland China and Hong Kong in preparation for the official launch there.

The Siri-driven speaker arrived in the United States, United Kingdom and Australia in February, then expanded to France, Germany and Canada in June, and to Mexico and Spain in October. Apple originally said that it expected global HomePod rollout to finish before 2019 wrapped up.