As originally promised, Apple’s Siri-driven HomePod wireless speaker today made its official debut in France and Germany for €349, and in Canada for 499 Canadian dollars.

In the United States, HomePod costs $349.

Aside from enjoying your Apple Music subscription with robust music-related voice commands, HomePod lets you send messages, set timers and reminders, check the weather, listen to shows on Apple Podcasts and control a wide range of HomeKit smart home accessories.

It can even double as a speakerphone with iPhone for crisp and clear audio quality. 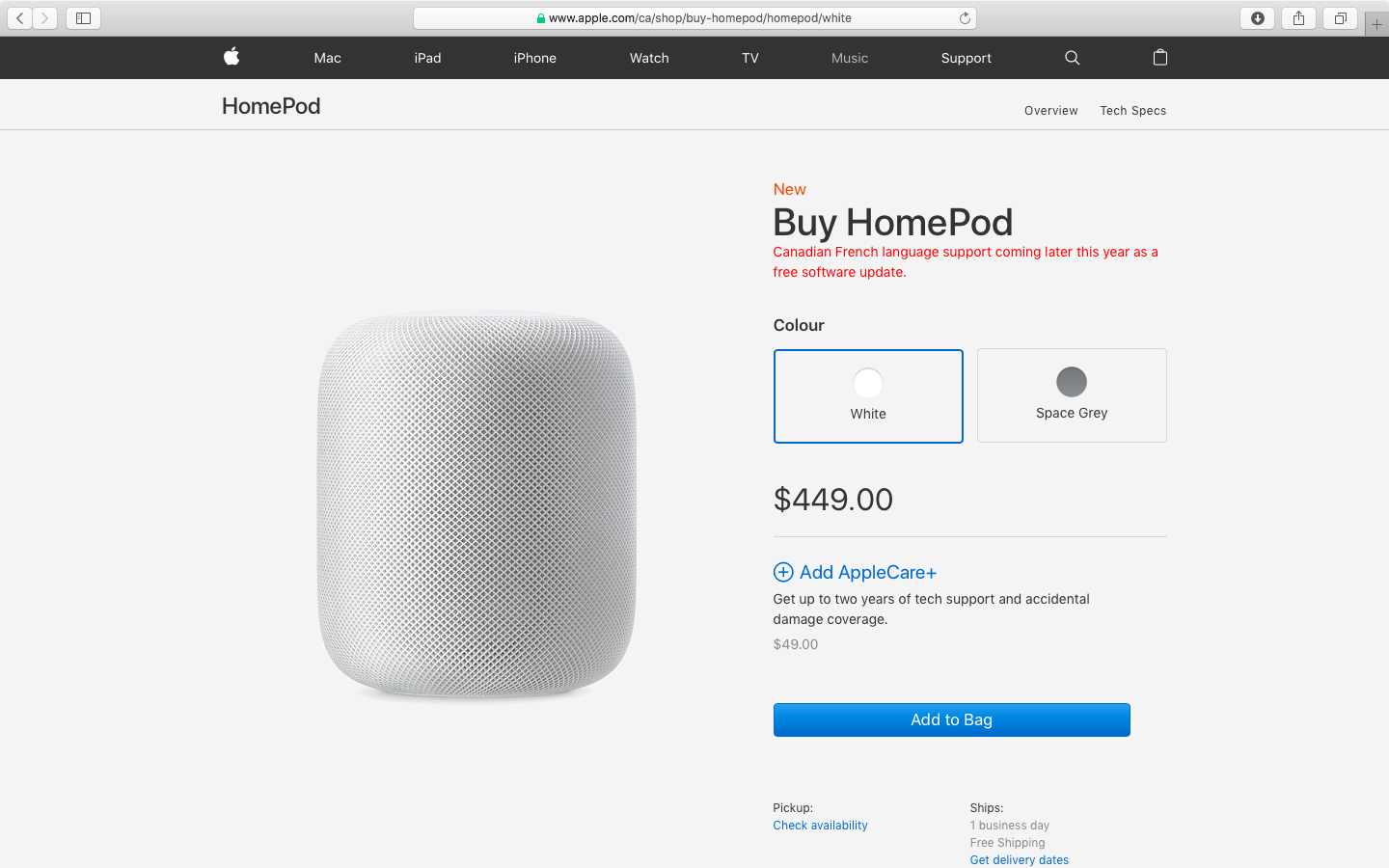 Ahead of the expansion, Siri News a few days ago launched in Canada so would-be HomePod buyers can rest assured they too will be able to ask Siri on their speaker to read some news.

Siri News originally arrived to iPhone and iPad in January via the iOS 11.2.5 software update to customers in the United States, the United Kingdom and Australia with launch support from ABC, SBS and Seven Network in the US and BBC News in the UK, among others.

TUTORIAL: How to have Siri read aloud news

Siri on HomePod was recently updated with support for the French, German and Canadian English languages and dialects. As noted by Apple, Canadian French language support is coming later this year as a free software update.

With the HomePod software 11.4, iOS 11.4 and tvOS 11.4, customers can take advantage of the AirPlay 2-powered multi-room support and HomePod stereo pairing features.

Are you planning on getting a HomePod soon?