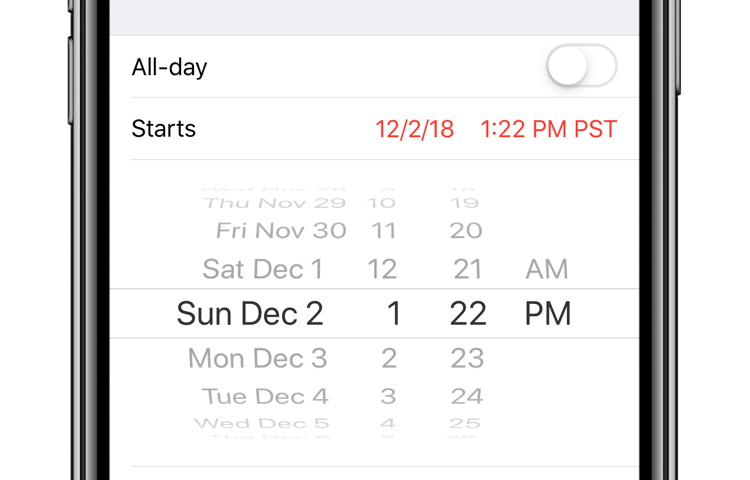 If you thought you knew everything there’s to learn about the Apple Calendar app, think again. The touchscreen makes using your iPhone a lot easier until it starts inconveniencing you with iOS’s spinning dial in places where a number keypad would work much better, like setting the time in the Calendar app. If you find yourself frustrated because you’re unable to set a precise calendar time from your iPhone, be sure to peruse this step-by-step tutorial that will teach you about the little known interface trick in the Apple Calendar app.

In the past, setting appointment times in the Calendar app was possible in 5-minute increments on iPhone and iPad (on your Mac and iCloud.com, you’ve always been able to set precise event times in Calendar). With the September 2013 release of the major iOS 7 visual overhaul, Calendar switched to 1-minute increments but the iOS 8 update reverted to the previous 5-minute default.

Be that as it may, your average user may or may not have been aware of these changes. The important takeaway here is that Calendar for iPhone and iPad lets you switch between the 5-minute default increment and the previous one-minute setting with a single gesture.

How to set precise times in Calendar for iOS

When creating or editing an event, just double-tap the spinning time selector to seamlessly switch between the default 5-minute increment and the hidden 1-minute setting.

Notice how the numbers on the minutes wheel change from 5 to 1-minute increments, and vice versa? Yup, with just a simple double-tap, you get to spin your time selector in intervals of one minute instead of having it spinning in intervals of five minutes like it usually does. 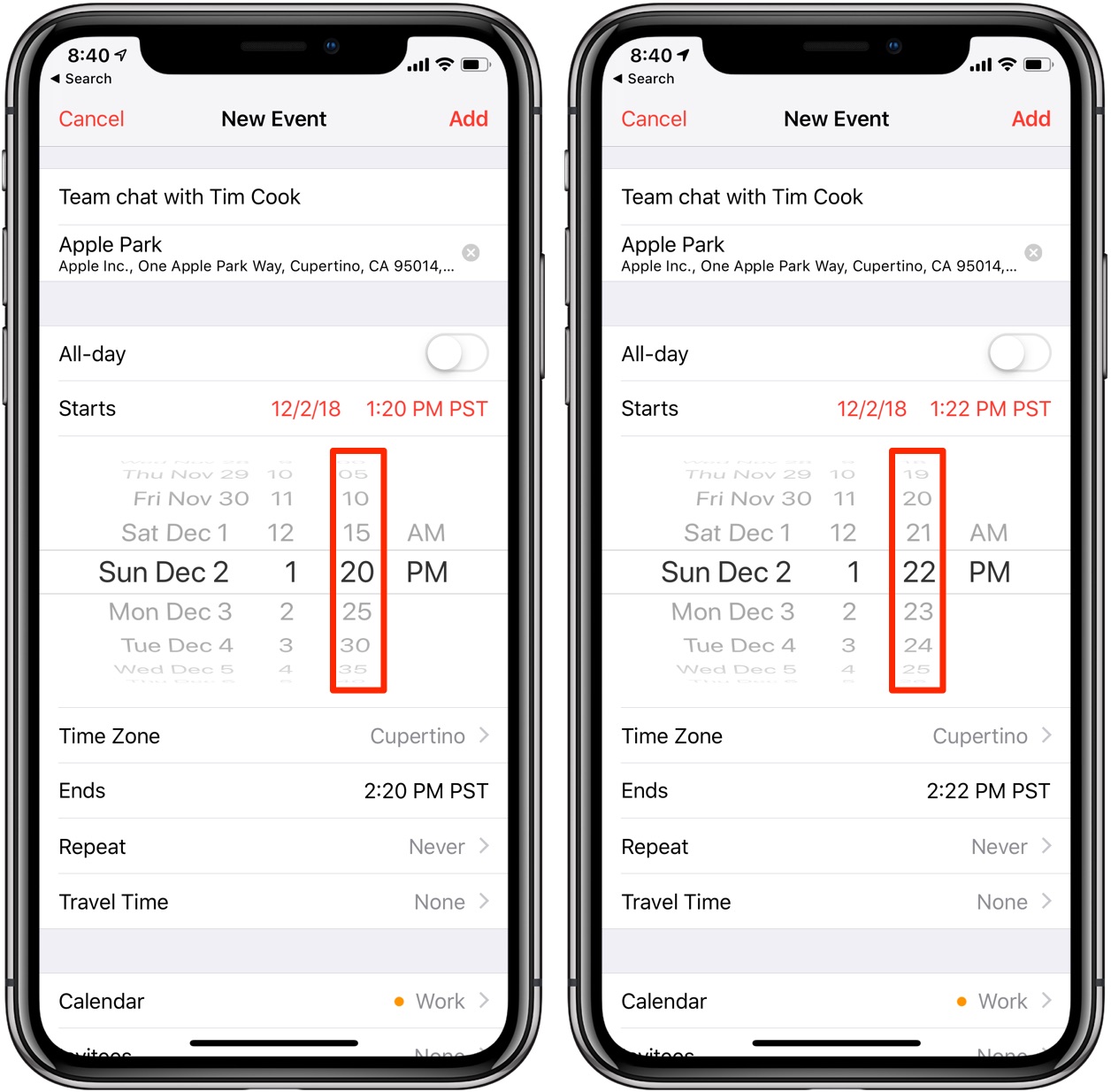 No longer do you need to go through your Mac or iCloud.com to set a specific time for an event. I told you that you probably didn’t know everything there’s to learn about Apple Calendar!

Now, you would expect that this trick would work anywhere in iOS the time selector is used, but that inexplicably is not the case here. In other apps such as Reminders and Clock, for instance, the time selector only works in 5-minute increments which is downright stupid, if you ask me.