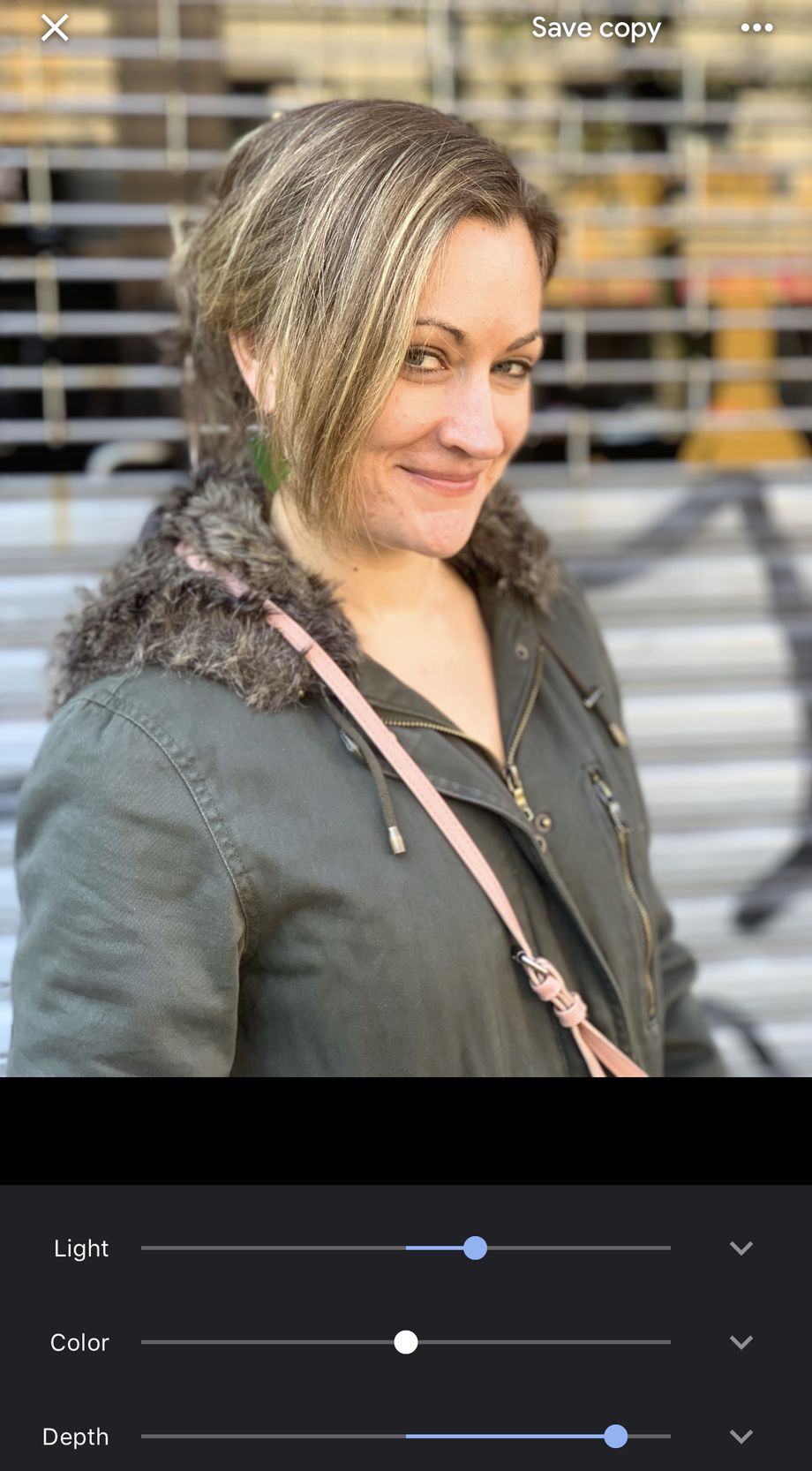 Some cool new features are coming to Google Photos for iOS, including Portrait mode bokeh editing and changing the focal point of the blur, as well as leaving the subject of your photograph in color whilst changing the background to black and white.

As noted by Google on Twitter, iOS users can now adjust the bokeh background blur after the shot has been taken and change the focus of their Portrait mode photos.

New to iOS, adjust the background blur and change the focus of your portrait mode photo.

Just pull up a portrait photo in Google Photos, click the editing icon to get to the editing menu, then tap it one more time to edit depth and focus.

To get started, first open a Portrait mode photo in the Google Photos app. Next, click the editing icon to get to the editing menu. Hit the icon one more time to edit depth and focus

The Verge tested the feature, noting:

Google seems to be doing its own processing when you move the depth slider around; the results are noticeably different—in some cases, better—than what I get with Apple’s Photos app. There are several other camera and photo editing apps that can utilize the depth data from the iPhone to increase or decrease bokeh. Tapping an area of the photo to change the focus didn’t make a huge difference in my short time testing that feature. Dialing back the blur basically does the same thing.

Another new feature in this edition of Google Photos is a new Color Pop option that keeps the main subject in color while desaturating everything else to black and white. This was previously offered as a finished effect through the Assistant section of Google Photos.

Color Pop helps you achieve that same Assistant look by manually playing with the sliders, plus you can do this manually for any Portrait image you want. The new depth editor also works with Portrait photos taken with Pixel 2, Pixel 3 and Moto phones like the Moto G6.

Starting today, you can have more control over your portrait photos. Use our new depth editor to adjust the background blur and change the focus in just a few taps.

Works with portrait photos on Pixel 2, Pixel 3 and Moto phones like the Moto G6. https://t.co/3NiaEUWGOa pic.twitter.com/BleQuag68G

If you’re on the latest version of Google Photos and this feature is nowhere to be found within the app, that’s because Google often announces features before they actually roll out. If that’s your case, simply revisit the app in a few days or weeks.

Google Photos is a free download from App Store.