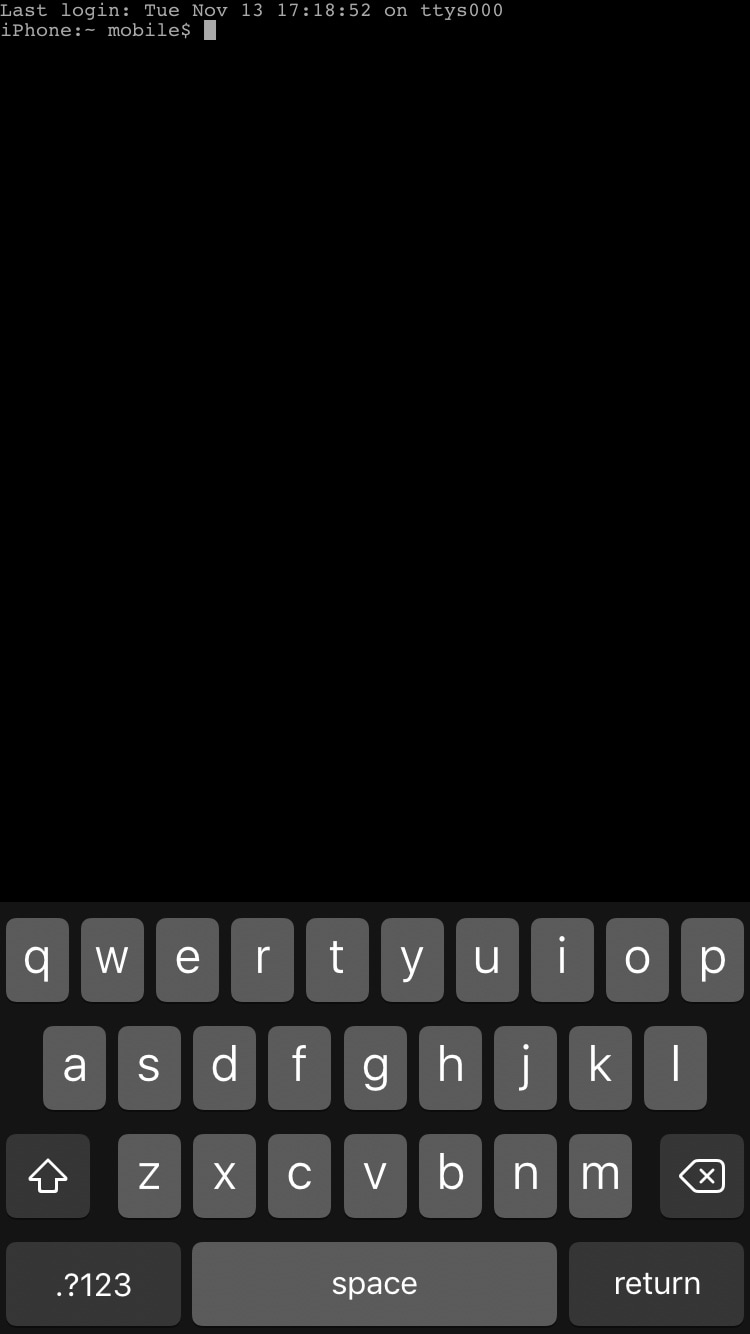 The ever-so-popular Mobile Terminal (MTerminal) app for jailbroken devices was updated on Tuesday with official support for iOS 11, a move that’s certain to excite jailbreak power users. The latest version of the app is now 1.4-6.

MTerminal is fundamentally an on-device command-line interface (CLI) that lets jailbreakers run powerful commands, and if you’re a veteran jailbreaker, then the interface shown above should look nostalgically familiar.

As noted by iOS hacker Pwn20wnd on Twitter, the new version of MTerminal is optimized for unc0ver and can be downloaded from the Elucubratus repository in Cydia. If you didn’t already know, this is a default repository on the unc0ver jailbreak. 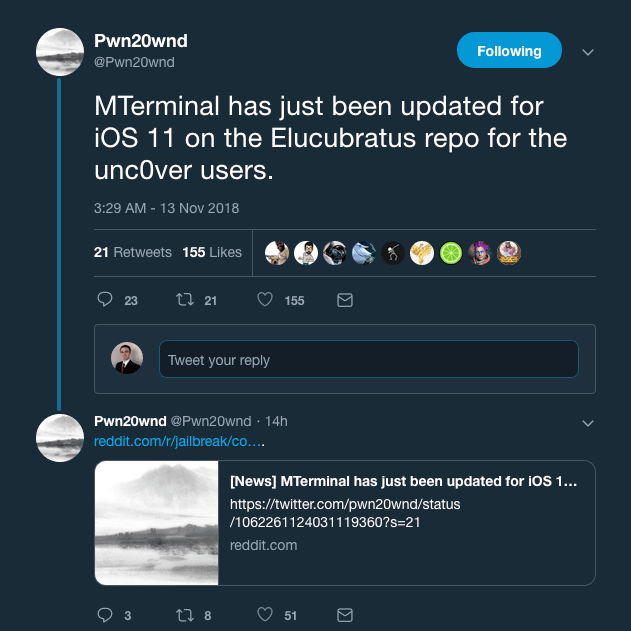 If you’re using an alternative iOS 11 jailbreak, such as Electra or Osiris, then you’re not entirely out of luck. Citing this /r/jailbreak thread, it’s allegedly possible to install the .deb file for the new MTerminal app on devices running these jailbreaks, but doing so requires a little bit more legwork on your part.

If you’re already using a different Mobile Terminal fork, such as NewTerm2, then it’s recommended that you uninstall it and install this officially-supported version instead. Citing various /r/jailbreak users, MTerminal appears to be more stable.

Are you excited to see an official iOS 11 update for Mobile Terminal? Share in the comments section below.