Apple today announced a major update to its popular MacBook Air line of notebooks. The computer has gone from a low-resolution screen to a 13.3-inch Retina panel with four times the pixels. The new Air also has a smaller footprint, includes Touch ID and sports upgraded internals like faster CPU and GPU models, Apple’s enhanced T2 chip and more.

The new Air is available in two basic configurations.

The costlier $1,399 configuration gives you the same CPU, GPU and RAM, but twice the SSD storage at 256GB for an extra $200. All 2018 Air configurations include Touch ID, two Thunderbolt 3 ports and Apple’s superb Force Touch glass trackpad with Multi-Touch.

Apple makes it easy for buyers to configure their purchase with build-to-order options so you can swap out the CPU, GPU, RAM and SSD for the more powerful parts.

Here are your upgrade options for the $1,399 MacBook Air model:

Configuring the $1,399 model with twice the RAM (16GB) and 1.5GB SSD results in a $2,599 notebook—you can buy a MacBook Pro for that price. Again, these prices can be misleading because Apple uses high-end premium part that cost more than low-quality ones.

Apple is known to charge excessively for RAM upgrades and flash storage prices are still on the high side so this total for the maxed-out configuration doesn’t surprise us much. Don’t worry, the Air’s entry price has not increased because Apple continues to offer the previous-generation $999 model for those who don’t need the latest technology.

What about the new Mac mini or the upgraded iPad Pro models for 2018? 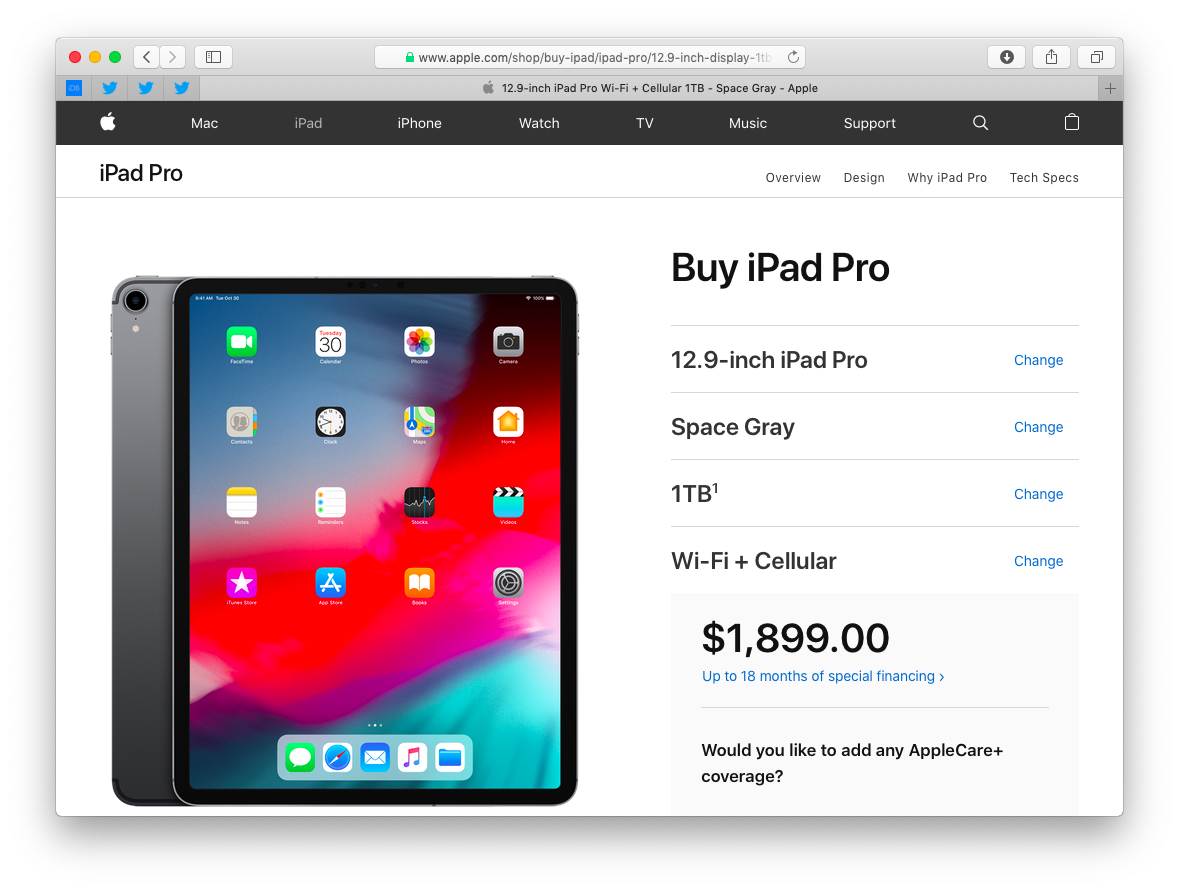 The flagship iPad Pro configuration—now with 1TB of flash storage—and cellular connectivity results in a $1,899 purchase. Add the new Apple Pencil on top of that (a $129 value), accessories like USB-C dongles or a Smart Folio Keyboard case and AppleCare+ protection or cases and you could be easily paying north of $2,500 for your pro tablet experience, or more than a high-end notebook computer like MacBook Pro. 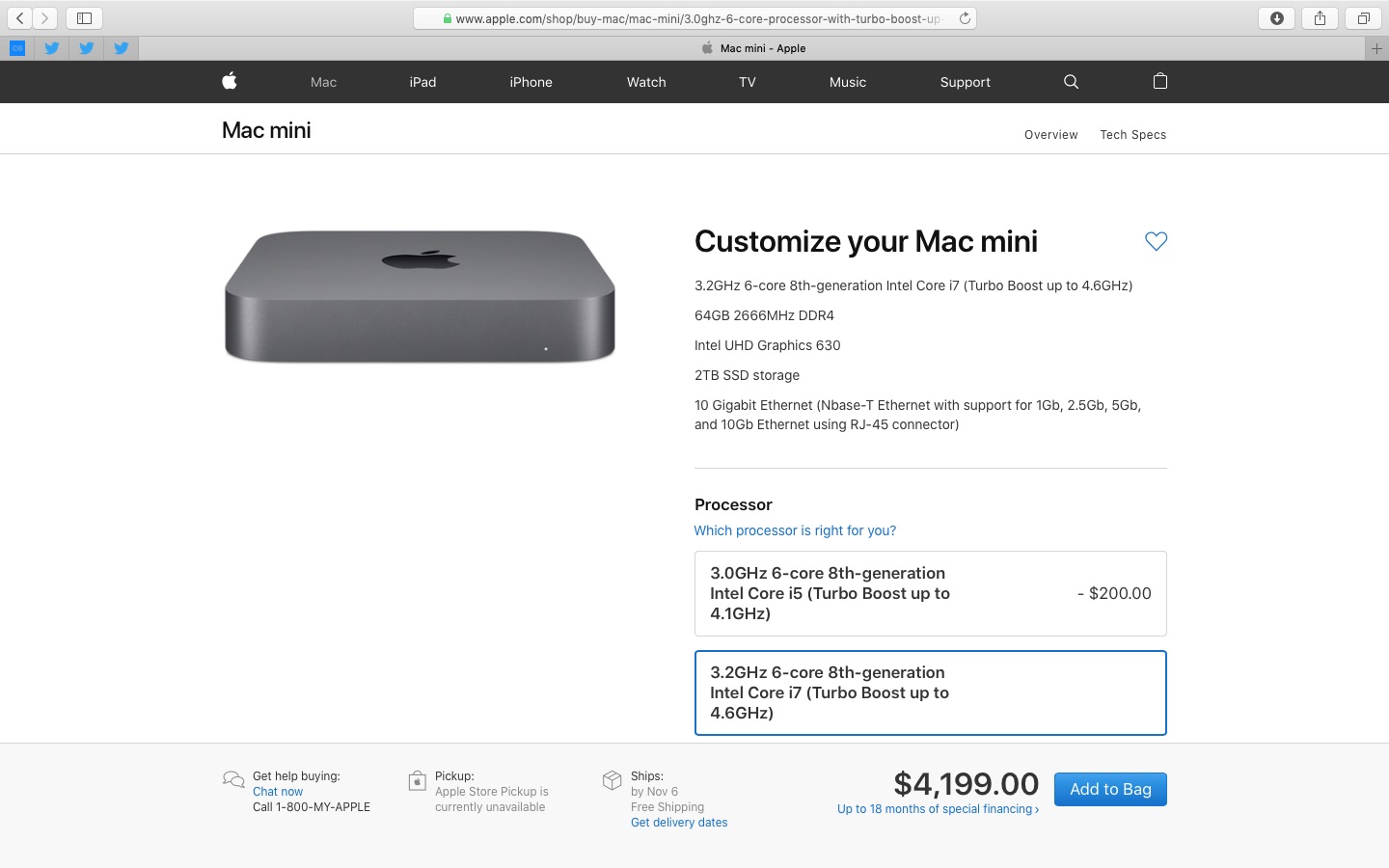 Boosting the more powerful $1,099 model with twice the flash storage (256GB) and a faster Intel Core i5 chip clocked at 3.0GHz (Turbo Boost up to 4.1GHz) with six processing cores instead of four will set you back $4,199.

The price goes even further up if you decide to choose to purchase AppleCare+ or pre-install Final Cut Pro X ($300) and Logic Pro X ($200).